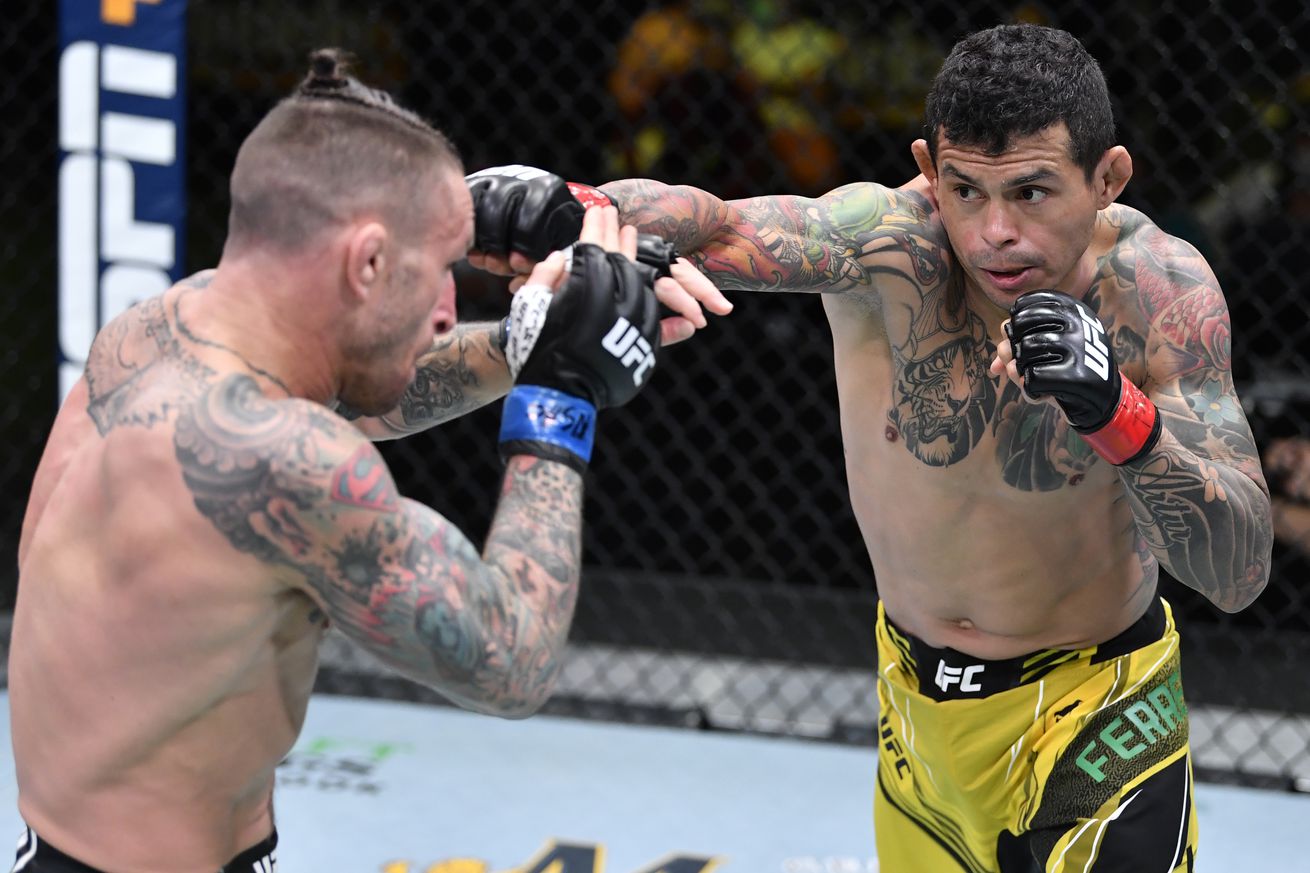 Get the Full StoryDiego Ferreira during his fight against Gregor Gillespie at a UFC Fight Night. Photo by Chris Unger Zuffa LLC

Ferreira vs. Gamrot is the latest edition to UFC Fight Night: Derrick Lewis vs. Chris Daukaus. A pair of lightweight contenders has been added to the final UFC event of the year.

Per Farah Hannoun of MMA Junkie, Diego Ferreira and Mateusz Gamrot have agreed to meet at UFC Vegas 45: Derrick Lewis vs. Chris Daukaus, which takes place on Dec. 18 at the UFC APEX in Las Vegas. The promotion has not announced the fight as official yet, but Gamrot confirmed it on his Instagram account.

Ferreira has made two Octagon appearances this year and saw an impressive six-fight win streak snapped. The No. 11 ranked lightweight was defeated by way of split decision in a Fight of the Night awarded performance against Beneil Dariush at UFC Vegas 18: Overeem vs. Volkov, back in February. Ferreira returned three months later and took on Gregor Gillespie at UFC on ESPN: Rodriguez vs. Waterson, where he suffered a second-round technical knockout.

Gamrot has rebounded from a loss in his promotional debut to Guram Kutateladze at UFC Fight Night: Ortega vs. The Korean Zombie with two consecutive finishes over UFC veterans. The former KSW featherweight and lightweight champion knocked out Scott Holtzman at UFC on ABC: Vettori vs. Holland and then followed that with a first-round submission over Jeremy Stephens at UFC Vegas 26: Makhachev vs. Mois s. The kimura on Stephens was the fastest in UFC history, coming in at just 65 seconds.

Now that Ferreira vs. Gamrot is set, here is the current lineup: