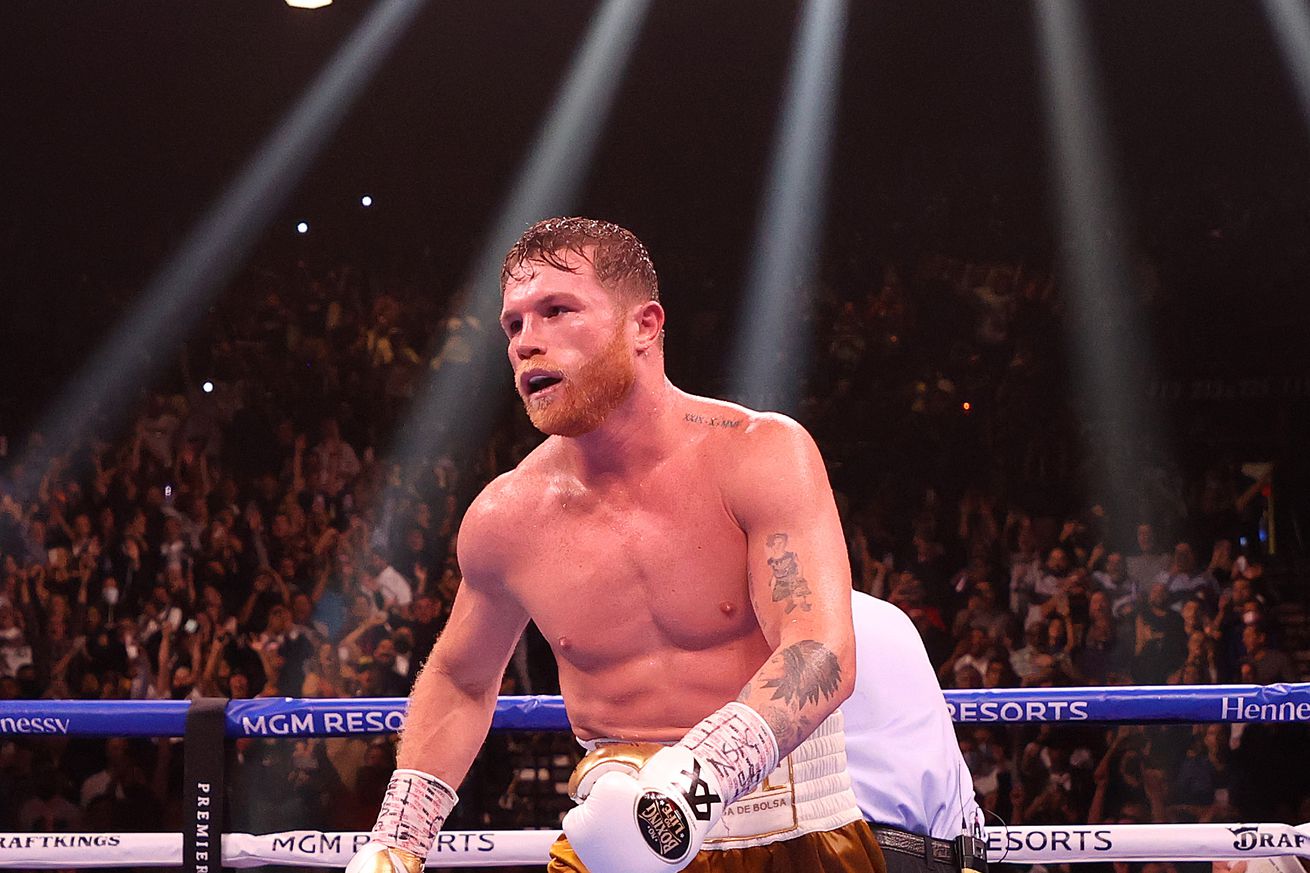 Get the Full StoryCanelo Alvarez C walks away after knocking out Caleb Plant. Photo by Al Bello Getty Images

Canelo s return to PPV proved to be a huge success. Was it a big mistake for Showtime to have Canelo Alvarez vs. Caleb Plant run head-to-head with UFC 268 as Dana White suggested? The numbers seem to suggest otherwise.

BoxingScene among others reported earlier this week that the undisputed super-middleweight title fight, which Canelo won by 11th round TKO, is tracking towards 800,000 pay-per-view buys in the United States. This encompasses both traditional cable satellite purchases and digital buys through the Showtime app. Keith Idec reported that the break-even mark for this event was around 500,000 buys, so this surpassed that total along with the expectations of industry insiders.

If this number holds up it d top the 650,000 buys from last month s Tyson Fury vs. Deontay Wilder trilogy. The top-selling boxing PPV this year was the Floyd Mayweather vs. Logan Paul exhibition.

This was Canelo s first exclusive pay-per-view fight since his rematch with Gennadiy Golovkin back in 2018, which did an estimated 1.1 million buys. Following his win over GGG, Canelo s next six fights were streamed on DAZN. He s obviously out of his exclusive DAZN contract now but remained on the platform for three bouts after his 365 million deal was terminated. Alvarez remains a promotional network free agent, which gives him the freedom to fight on DAZN, ESPN, or either PBC on FOX or Showtime if he so chooses.

It s been widely reported that Canelo s purse was 40 million minimum, with Caleb Plant at a massive career-high of 10 million, neither of which includes the cut of the pay-per-view money that they re due to receive.

The live gate at the MGM Grand was also reportedly in the neighborhood of 18- 20 million, which would put it either 5th or 6th all-time for boxing gates in Nevada.

In other words, this was a massive commercial success.

The next boxing pay-per-view is Terence Crawford vs. Shawn Porter on November 20th, also in Las Vegas but exclusively on ESPN .