Shia LaBeouf Was Seen With A Pregnant-Looking Mia Goth 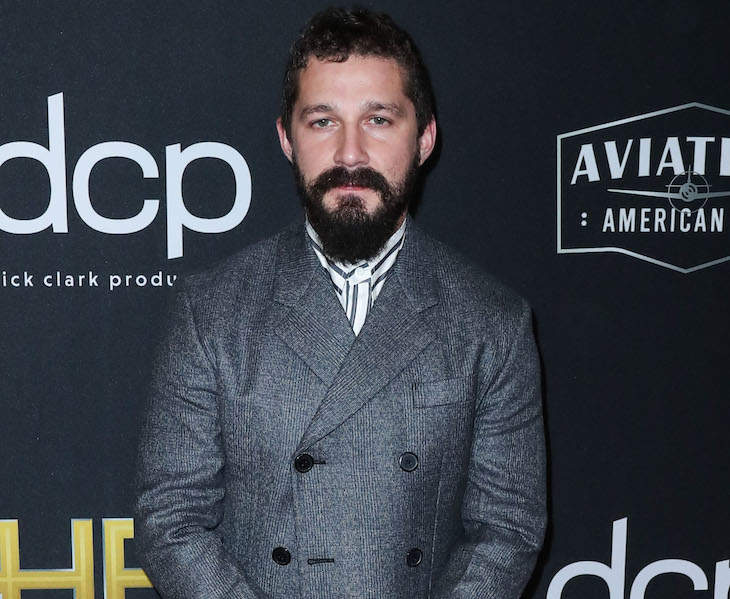 Get the Full Storyat Chuck E. Cheese s. I didn t want to add that little detail in the title, because there was already so much WTF energy going on up there. Shia LaBeouf is in the news today and it s not because he was accused of doing something that would have producers second guess sending him audition sides. The last time Shia made headlines with baby-adjacent gossip news, it was way way way back in May 2020, after Shia was caught riding around on a bike fixed with a child-sized trailer to the back. People wondered if he was about to become a dad, but as time has proven, that wasn t the case. Move aside, child-sized trailer, because this weekend we got a more obvious and likely more accurate clue about Shia s possible paternity. And it came in the form of a large-bellied Mia Goth. That also means that Shia and Mia s on-again off-again situation is probably very much back on again.

35-year-old Shia and 27-year-old Mia met in 2012 while filming Nymphomaniac, and got together in 2013. Two years after that Shia was seen getting into a big fight with Mia in Germany. In 2016 they got married in Las Vegas on a TMZ livestream by an Elvis Presley impersonator, which turned out to be a legitimately real wedding. In 2018 they reportedly split, and Shia went on to date FKA Twigs, which as we ve come to learn was allegedly an abusive nightmare for her according to Shia, all the allegations are untrue . He also had a short-lived thing with Margaret Qualley that ended pretty much sixteen seconds after it began.

TMZ got their hands on some pictures of Shia and Mia at the fine dining establishment run America s preeminent rodent gourmand, Charles Entertainment Cheese. And as you can see from the pictures, Mia could very well be stuffed full of Chuck s famous pizza, or she could be pregnant. I can t believe Chuck E. Cheese s managed to successfully pull itself out of the grave, and for what? To be patronized by Shia looking like a third-rate Magnum P.I. impersonator who can t figure out that the mask also goes over your nose.

If the kid is his, this would be Shia's first child ever. https: t.co FXeupd1pvh

As The Daily Mail points out, Mia has been seen wearing her wedding ring.

Shia LaBeouf steps out with 'pregnant' Mia Goth in LA as the actress also appears to wear a wedding ring https: t.co Y5QEP9dC3O

About the ring, in 2018 when Shia was first linked to FKA Twigs, it was accompanied with a statement from Shia and Mia s rep, which announced that Shia and Mia had filed for divorce. But, that divorce might not have ever been finalized, and so Shia and Mia have been legally married this whole time. And Mia obviously didn t pawn her wedding ring, which probably would have been a whole lot of people s first move after washing Shia LaBeouf out of their hair.

TMZ says that Shia and Mia s outing to Chuck E. Cheese s happened on Saturday and that there were no children with them. They were there solo. But Chuck E. Cheese s, of all places. Was every other pizza restaurant in Los Angeles closed on Saturday? And it s a good thing the health inspector didn t pay a surprise visit on Saturday. I can overlook pizza cooked by a mouse, but a greasy-looking Shia LaBeouf on the arcade floor is one violation too many!