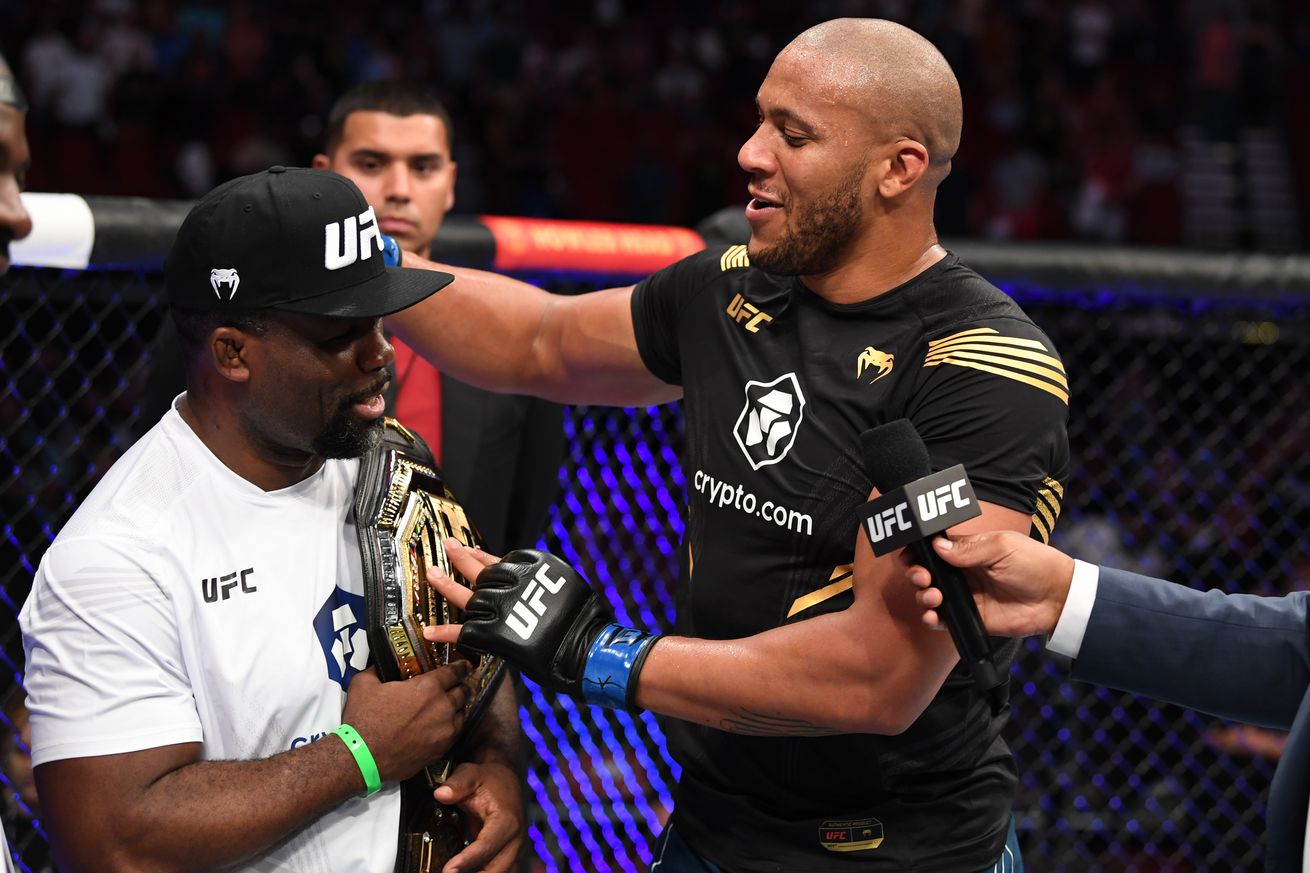 Fernand Lopez says Ngannou told UFC that Gane was only a little bit good. Things have been tense between UFC heavyweight champion Francis Ngannou and his former coach, Fernand Lopez. Remember, it wasn t long ago that Ngannou walked by Lopez, interim heavyweight champ Ciryl Gane and middleweight contender Nassourdine Imavov and no sold the trio.

Lopez, who runs MMA Factory in France, seemed amused by the incident, while Gane, who is coached by Lopez, looked bemused. According to Lopez, it was not the first time Ngannou turned his back on Gane.

Lopez trained Ngannou in MMA until after his 2018 loss to Stipe Miocic. By the time of the Miocic matchup, Ngannou was splitting his training time between Las Vegas and France. It was during that time that the UFC asked Ngannou about an up-and-coming heavyweight at the MMA Factory Gane.

According to Lopez, Ngannou downplayed the talents of the man he will face in a title unification bout in January at UFC 270.

Mick asked him if Ciryl Gane is good, Lopez told Ariel Helwani on The MMA Hour. I said he s a little bit good, but not good enough yet to go to the UFC. That s coming from Francis Ngannou s mouth. And he said that, for him, that was a strategy to not have Mick Maynard get suspicious of me and him being on the same page, which is not true.

The only thing you can say about that is, you had the opportunity to drag a new guy coming from your gym into the UFC, and you took the liberty to say that the matchmaker that the guy could become a good guy, but for now, he s not good enough. That s what I m fighting.

Lopez said that wasn t the only time he felt Ngannou was all about the Francis Ngannou brand. There was also the 2018 Fighters Only MMA Awards where Ngannou took home Knockout of the Year for his uppercut stoppage of Alistair Overeem at UFC 218. In accepting the award, Ngannou did not give his coaches or the gym a thank you.

Your guy, he s your coach, he s from your country, Lopez said. He has been through everything hard I m not trying to get points, I don t explain my life I don t say how I got in France and how I managed to be who I am but actually, there are tons of Cameroon people that have the same path as Francis, but you guys don t know. For you guys, it s like something tragic. It s a hard story. But for us, it s like a normal thing. And you have this guy, sitting with you. His business is to sell the gym, sell memberships. It makes sense for you to say, Hey, thank you to my gym. It s not wrong. I should not be ashamed to ask that. I should not even ask him that. It s putting me in a very bad spot.

With Ngannou and Gane being the top UFC heavyweights right now and with them seemingly far ahead the rest of the fighters in that weight class, I expect Lopez is going to continue to be involved in some way with Ngannou whether he likes it or not.