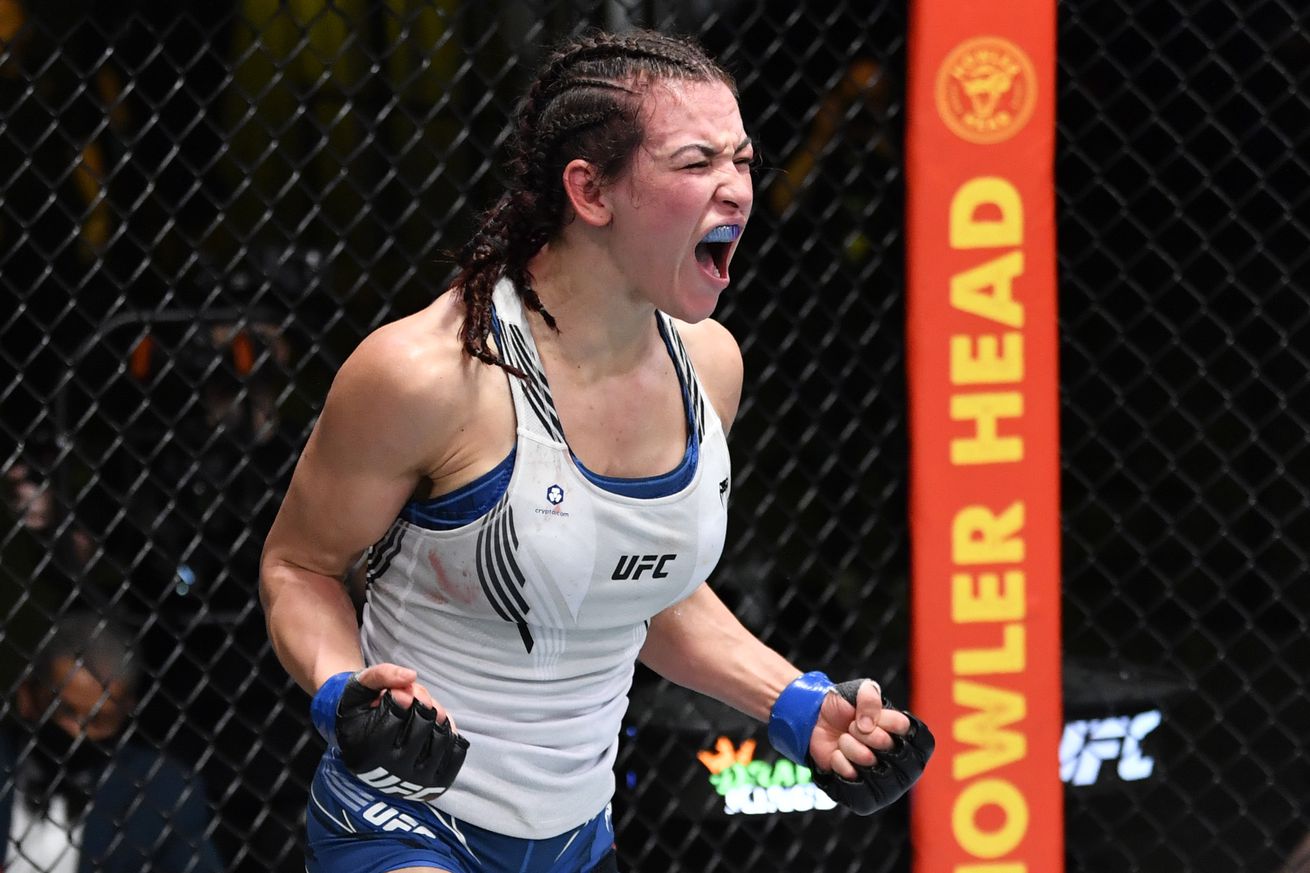 Get the Full StoryMiesha Tate reacts after her victory over Marion Reneau in July 2021. Photo by Jeff Bottari Zuffa LLC

Check out the fight card and bout order for UFC Vegas 43. The final UFC event of November is another Fight Night card at the APEX in Las Vegas. In the main event, former women s bantamweight champion Miesha Tate looks to make it 2-0 in her comeback trail when she takes on Brazil s Ketlen Vieira. This fight was supposed to be a main event last month but Tate tested positive for COVID-19.

In the co-main event, there s a big step up in competition for undefeated welterweight prospect Sean Brady, as he battles contender Michael Chiesa. There s also an important women s flyweight matchup between Taila Santos and Joanne Wood formerly Joanne Calderwood before she married her coach John Wood .