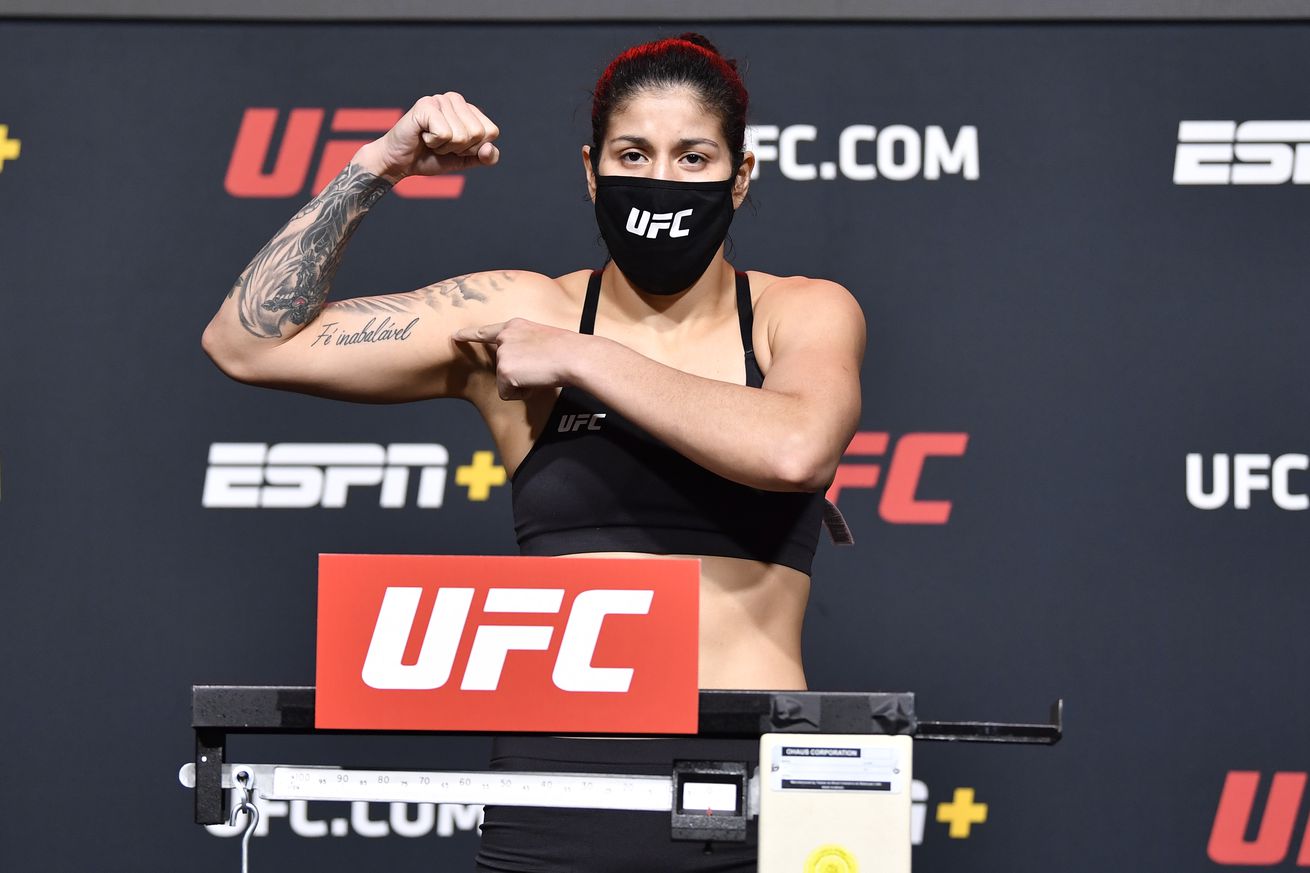 Get the Full StoryKetlen Vieira is set to face Miesha Tate at UFC Vegas 43. Photo by Chris Unger Zuffa LLC

Bantamweight Ketlen Vieira is eager to take on former champion Miesha Tate at UFC Vegas 43, and hopes a victory will put her straight into the title hunt. After five years under the UFC banner, bantamweight Ketlen Vieira has finally accomplished the dream of headlining a card for the world s largest MMA promotion and against a former champion, to boot. Paired up against Miesha Tate atop UFC Vegas 43, the Brazilian feels honored to be in the biggest bout of the night and hopes to put on an impressive performance.

In an interview with Combate, Vieira said that a win over Cupcake could be crucial to put herself back into title contention. Although she knows it will be no easy job, Nova Uni o Manaus fighter claims to be ready for any threats Tate might pose.

To be in the main event is a dream come true. Who would ve guessed that he daughter of a riverfolk couple from Amazonas would be in the biggest event in the world, fighting a former champion in Las Vegas? Vieira enthused. I m really excited about this opportunity and grateful for being able to represent our people. I m very excited. I trained hard and I m really focused. I m sure that victory will be ours come Saturday.

This is an extremely important fight for me, she added. I believe God has given me this opportunity, I have a lot of faith in that. God s plans are perfect. He put me here to do the main event and I m happy and grateful. But I m not confusing being happy with thinking this will be an easy fight. I m happy for the opportunity to be here and do my job. If I win this fight, I can start dreaming about the belt again, because Miesha is a big name. She s a former champion and a win over her could put me close to the belt.

Although Vieira and Tate have similar fighting styles, with both women relying more on their grappling than striking, the Brazilian claims to be ready for a potential standup battle. No matter where the fight ends up, Vieira feels prepared to take compete anywhere in order to score the win.

I think Miesha s style is similar to mine, she s a grappler. I think it s going to be a great fight that could take place entirely on the mat or on the feet. That could happen when two grapplers face each other. What I can say is that I m ready for any kind of situation. I trained a lot of grappling, striking, takedowns. It was a very thorough camp.

UFC Vegas 43 is set to take place at the Apex facility in Las Vegas, NV. Aside from the women s bantamweight headliner, the card is expected to feature a top ranked welterweight bout between former TUF winner Michael Chiesa and unbeaten rising contender Sean Brady.