Colin Cowherd: 'Don't be surprised if Jerry Jones boots Amari Cooper after this season' I THE HERD 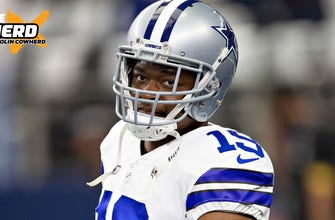 Get the Full StoryDallas Cowboys' wide receiver Amari Cooper will be unavailable for their Week 12 Thanksgiving day bout against the Las Vegas Raiders. Cowboys owner Jerry Jones was vocally upset with Cooper when he spoke to a Dallas radio station. Jones praised Cooper's character and even referred to Cooper as 'outstanding'. Jones was later quoted in the interview saying 'At the end of the day, this is team. You cannot win anything individually.' Colin looks into the future to see if the Cowboys can be a good team going forward without Amari Cooper.