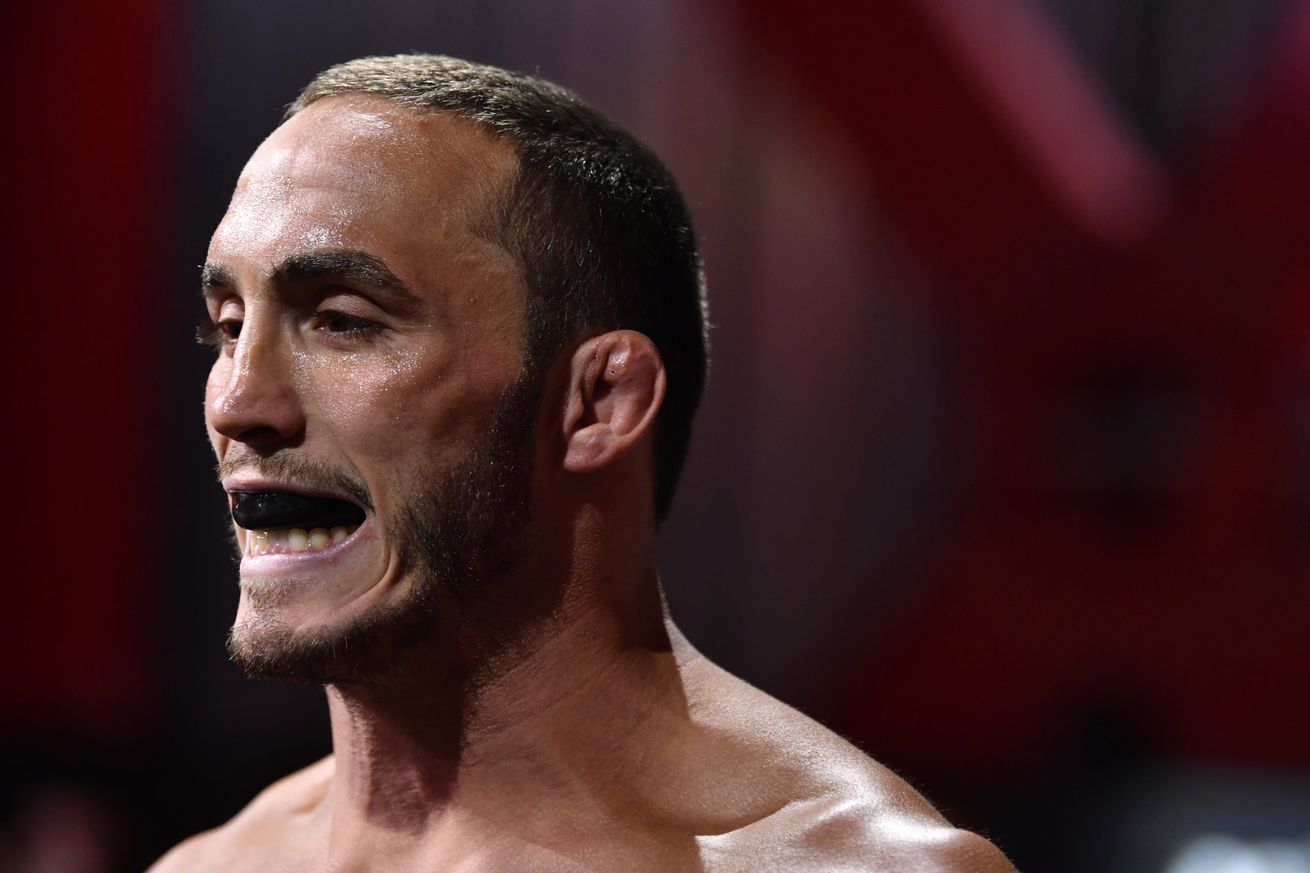 Get the Full StoryAnthony Rocco Martin when he faced Neil Magny at UFC 250. Photo by Jeff Bottari Zuffa LLC

Anthony Rocco Martin went 9-6 in the UFC before being released in 2020. Former UFC fighter Anthony Rocco Martin, 31, was arrested in Las Vegas over the weekend, according to the Las Vegas Sun. He is accused of lewd conduct inside a casino and assaulting a security guard.

Police were called to Caesars Palace at 1:30 a.m. Saturday after reports that Martin was urinating in a hallway on the casino floor. Police say that after Martin was approached by security guards, and asked to leave the premises, the pro fighter began threatening them. It is further alleged that Martin punched one of the security guards in the throat.

Martin was reportedly taken down by the security team and placed in restraints. Security transferred Martin over to police when they arrived. Martin told police he was being racially profiled and was being wrongfully arrested.

After being booked on charges of lewd conduct and battery Martin was released from custody. He has a status check scheduled for January 19.

Martin joined the UFC back in 2014, debuting in a loss to Rashid Magomedov. He would go on to fight 15 times in the UFC, taking notable wins over Ryan LaFlare, Jake Matthews and Sergio Moraes.

Martin s most recent fight was a decision loss to Neil Magny at UFC 250 in June 2020. Martin became a free agent after the Magny fight and is yet to appear for another promotion.