Kavanagh: McGregor has got a hundred opponents lined up for UFC return 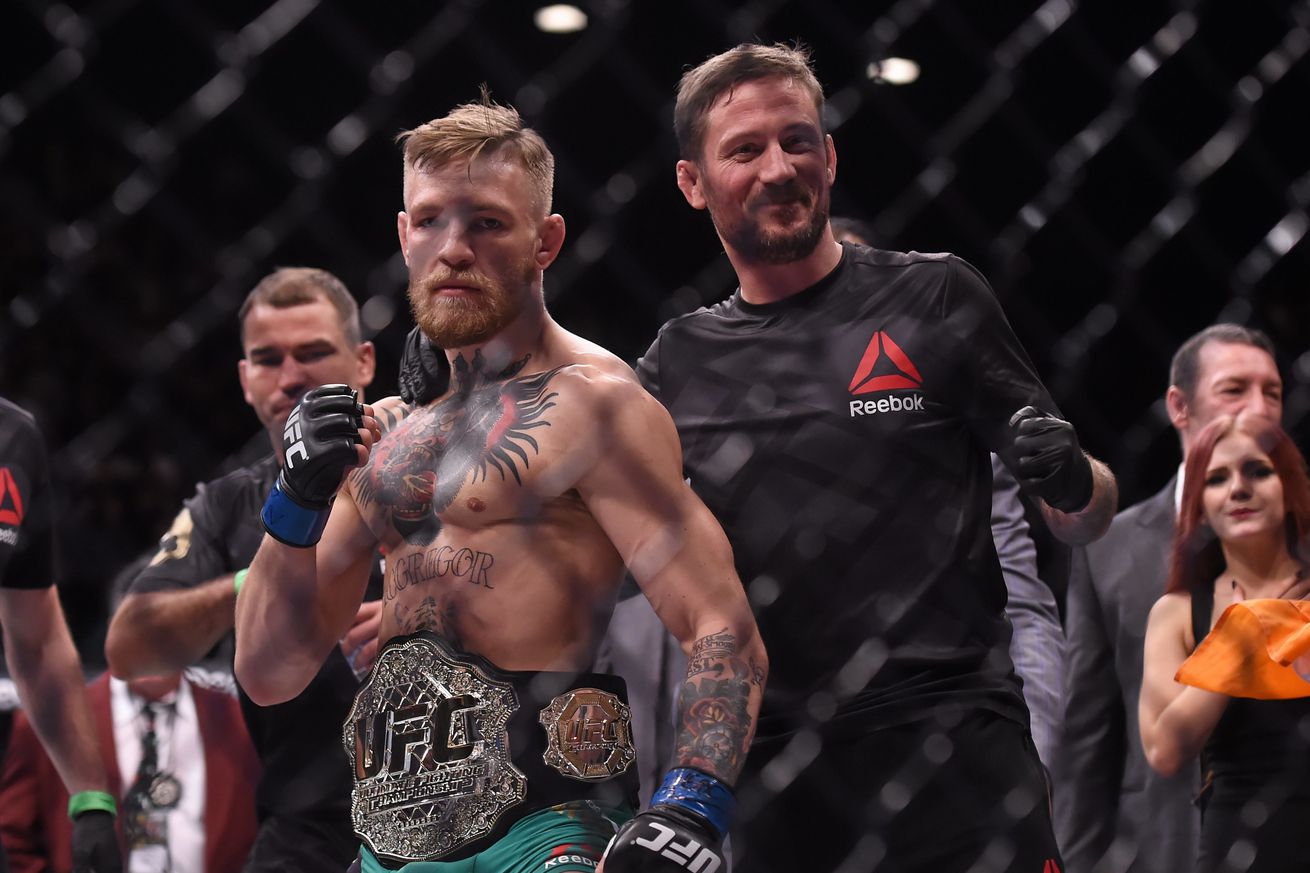 Get the Full StoryConor McGregor celebrates with coach John Kavanagh and his team following his knockout victory over Jose Aldo in the UFC 194 main event at MGM Grand Garden Arena in Las Vegas, Nevada. Photo by Sportsfile Corbis Sportsfile via Getty Images

He s got a hundred opponents lined up it would appear. Coach John Kavanagh says there will be no shortage of opponents lining up to fight Conor McGregor when the Irishman eventually returns to the octagon next year.

McGregor is currently sidelined due to injury and will likely be out of action until mid-2022 at the earliest, but Kavanagh says there will be no warm-up fight in his return and that the SBG Ireland star will be diving in straight at the deep end.

He s got a hundred opponents lined up it would appear. But let s just get back training, let s test the leg and test everything, and when the time comes, I m sure he won t be short of choice, Kavanagh told Submission Radio during a recent interview. He s not so much about warm-up fights. He seems pretty warm to me as it is. So, what will come, will come. Whoever he faces he ll be highly motivated. It s clear at this stage Conor has a few quid, he s got a few dollars in the bank account. So, that s not the motivating factor at this stage, his motivating factor is competition and to improve himself and to test himself against whoever it is.

I actually joked with him, I said, Look, I d rather if we just start off with some techniques, some drills, let s see how you re going. And he s like, No, I m going to do five by five, that s what I m coming back to do. And I m like, oh, great, you know, we re straight into full combat training again. But, he s very enthusiastic, very upbeat, very excited to attack 2022. And I m not sure when he ll be back, but he ll be back.

McGregor, the former UFC featherweight and lightweight champion, last fought at UFC 264 where he broke his leg against Dustin Poirier in the first round. He is currently #9 in the UFC lightweight rankings.