Holland announces move to welterweight in 2022 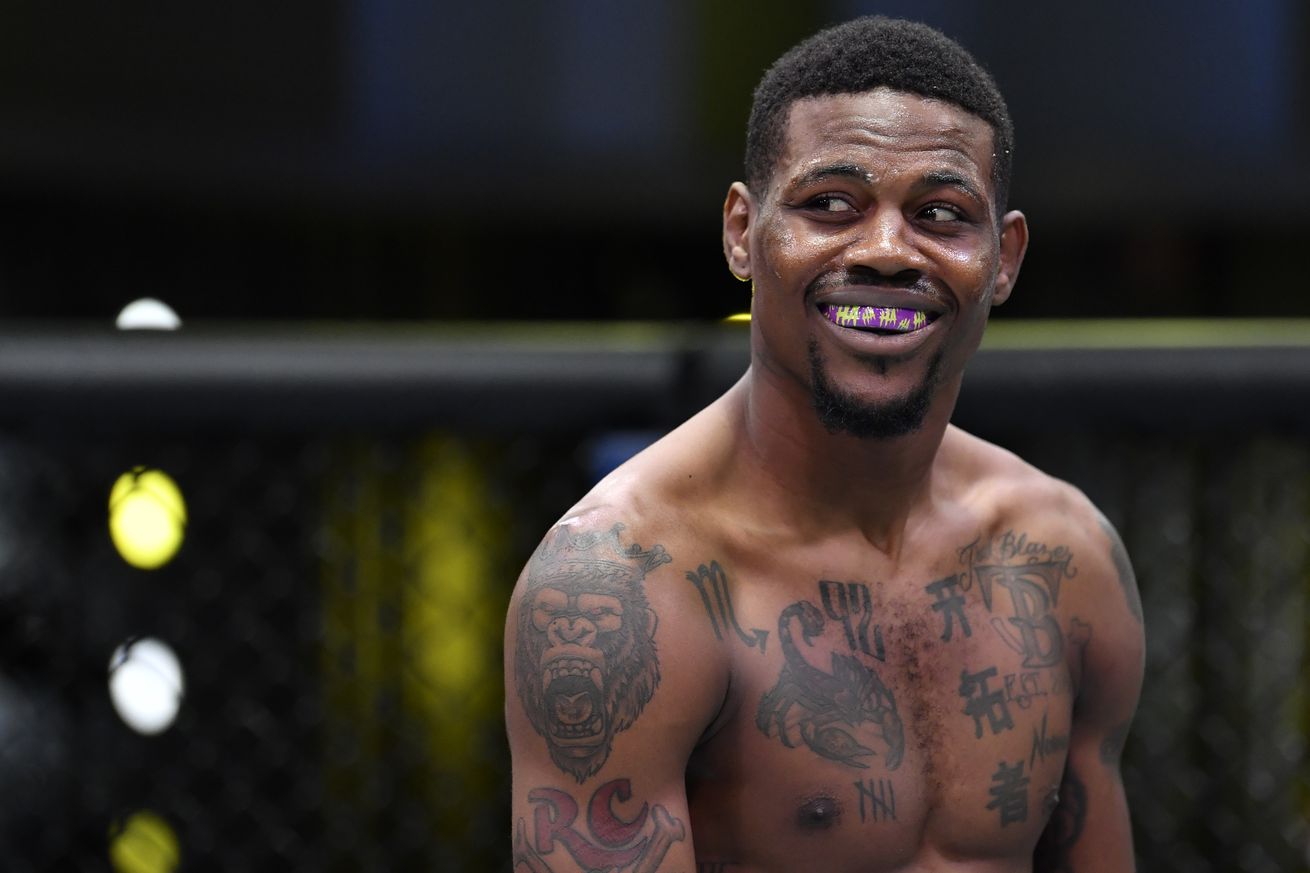 Get the Full StoryKevin Holland before his fight against Derek Brunson. Photo by Chris Unger Zuffa LLC via Getty Images

Holland has competed in the middleweight division since joining the UFC in 2018. Kevin Holland has decided to move from middleweight to welterweight in the upcoming year.

Holland announced the move on Wednesday in an Instagram post and revealed that he was already preparing for the weight cut with the help of a new meal plan. His manager Oren Hodak of KO Reps told Nolan King of MMA Junkie that Holland also visited the UFC Performance Institute in Las Vegas recently to receive additional assistance with the cut.

Holland has previously competed at welterweight in both his amateur and professional careers. The Trailblazer alternated between divisions before focusing entirely on middleweight, where he has been since he arrived in the UFC over three years ago. Holland would become a bonafide star after an impressive five-fight win streak in 2020 that included Performance of the Night bonus checks for knockouts over Joaquin Buckley, Charlie Ontiveros and Ronaldo Jacare Souza.

The 29-year-old continued to be active but has yet to record a win in 2021 over his three appearances. Holland lost to Derek Brunson and Marvin Vettori in back-to-back outings at UFC Vegas 22 and UFC Vegas 23, respectively. Holland then recorded a No Contest against Kyle Daukaus at UFC Vegas 38 this past October. The original outcome saw Holland submitted by Daukaus via first-round rear-naked choke, but it would soon be reversed after a video review showed an accidental clash of heads is what led to the fight-ending sequence.

A rematch between Holland and Daukaus was immediately scheduled for UFC Vegas 42, but the former was forced to withdraw from the event due to an undisclosed injury.

Holland had expressed interest in moving down before and targeted fights against Belal Muhammad and Daniel Rodriguez, the latter of whom has responded and accepted the proposal from his would-be opponent.

I love it, Rodriguez told The Schmo in a recent interview. I appreciate the call-out, homie. I understand he wants to strike and if there s anyone striking in the division, it s me, especially coming in and dropping down to my weight class.