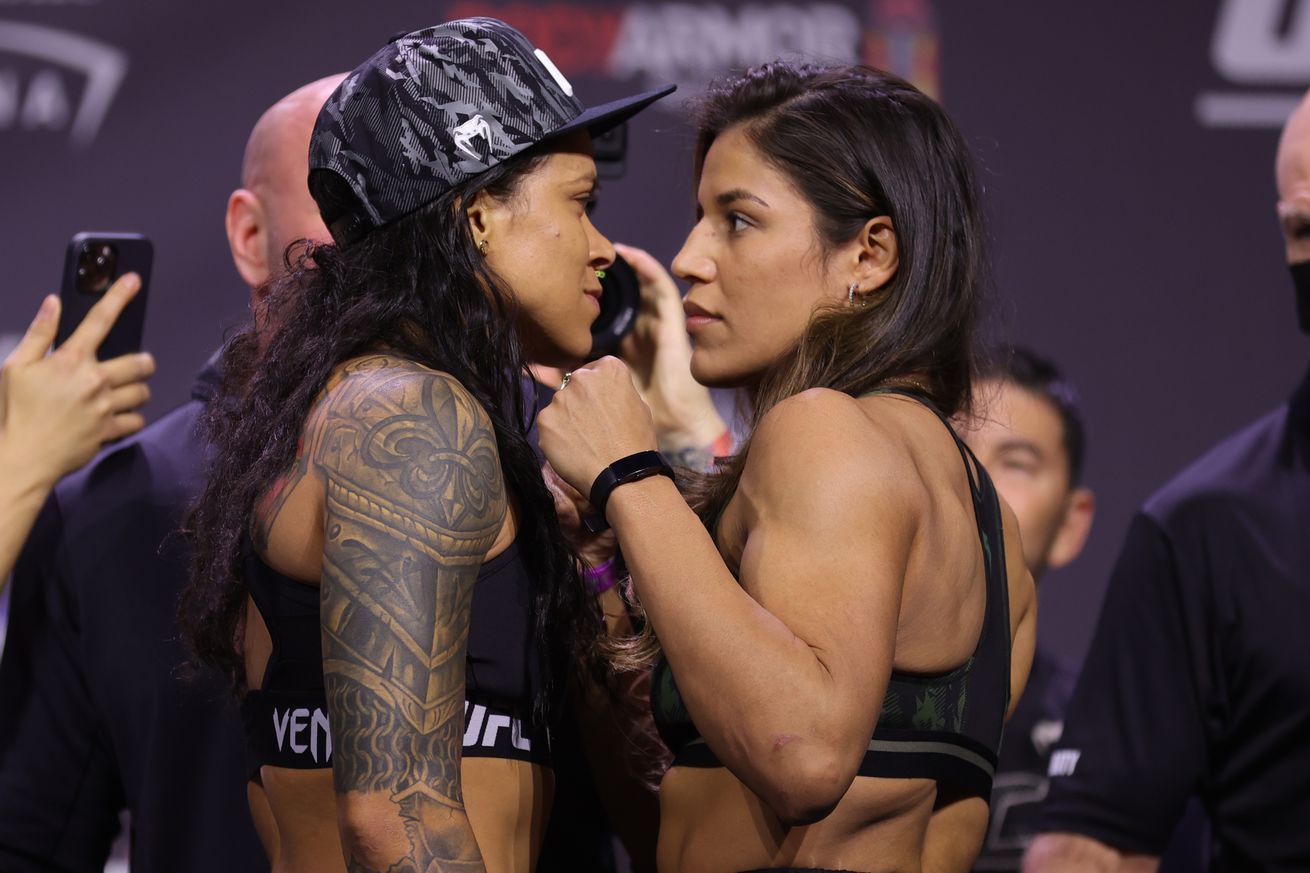 Get the Full StoryAmanda Nunes and Julianna Pe a at weigh-ins for UFC 269. Photo by Carmen Mandato Getty Images

Amanda Nunes vs. Julianna Pe a was years in the making, and we are finally about to see how a fight between these two women goes.

A technical knockout loss to Cat Zingano was a precursor of greatness for Nunes, who went on to earn wins over Shayna Baszler, Sara McMann and Valentina Shevchenko before being awarded her first title shot since joining the UFC. The Lioness turned heads when she tore through an established veteran in Miesha Tate at UFC 200, where she quickly stunned and submitted Cupcake in the opening round of their fight. Nunes reign of sheer and utter dominance continued as she dispatched of Ronda Rousey, Shevchenko again and Raquel Pennington over two years. What came next was a move up from bantamweight to featherweight to meet Cris Cyborg at UFC 232 in an attempt to become the next dual-champion of the UFC, with Conor McGregor and Daniel Cormier being the first two to accomplish such a feat. In just 51 seconds, the dream was fully realized, and Nunes shocked the world by knocking out Cyborg for her second title. Since then, she has alternated between weight classes and successfully defended her titles in both, but has returned to 135 for this meeting with Pe a.

Pe a has worked hard for this moment since winning her season of The Ultimate Fighter with a first-round technical knockout of Jessica Rakoczy over eight years ago. The Venezuelan Vixen had a shaky start to her UFC run after that, suffering a right knee injury in training that kept her out of action for more than year. She returned to the Octagon and rattled off three consecutive wins over Milana Dudieva, Jessica Eye and Cat Zingano. The win over Zingano was on the same night as Tate vs. Nunes, so she used the opportunity to plant the seeds for an eventual meeting with the newly crowned champion. It did not immediately come to fruition and both women fought against other contenders but soon found themselves back in each other s paths. Pe a went on to defeat Nicco Monta o and Sara McMann but fell against Valentina Shevchenko and Germaine de Randamie in her past four outings. Back in the win column following her most recent win over McMann, Pe a reignited calls to fight Nunes and said she believed the champ-champ was ducking her because she considers herself the worst stylistic matchup for her. After that, the fight was finally made official for UFC 265 in August. Unfortunately, Nunes tested positive for COVID-19 and the fight was postponed until UFC 269 in December. The wait between dates has only intensified the rivalry between Nunes and Pe a, and it comes to a head on Saturday night.

The time for talk is over. Amanda Nunes either proves why Julianna Pe a was wrong about her with all that pre-fight trash talk, or the challenger upsets the champion and dethrones the consensus GOAT of women s MMA.