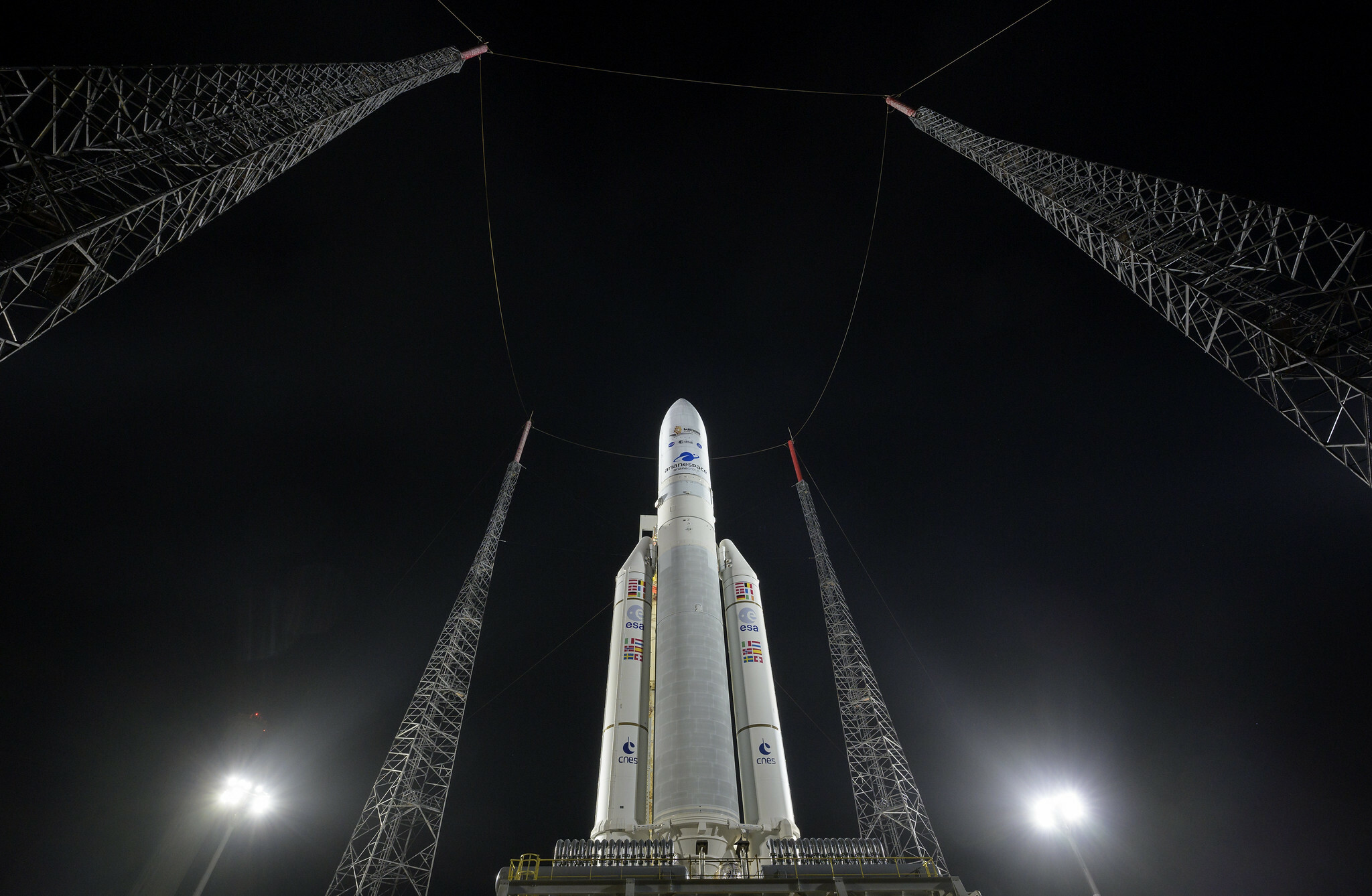 Get the Full StoryIt's happening.The James Webb Space Telescope JWST which will give humanity unprecedented views of the deep cosmos is scheduled to launch into space aboard a trusty Ariane 5 rocket on Dec. 25. A poor weather forecast slightly delayed the much anticipated Dec. 24 blast-off. It's one of the most momentous launches in history, the culmination of a quarter-century of work, and over 10 billion spent. Astronomers are understandably anxious."Everyone's crossing their fingers," Jason Steffen, an assistant professor of physics at the University of Nevada, Las Vegas, who researches exoplanets, told Mashable in October.It's easy to watch the event. NASA will stream the launch live on NASA TV.Coverage of the launch starts at 6 a.m. ET on Dec. 25 from the Guiana Space Center in Kourou, French Guiana.The launch is set for between 7:20 a.m. - 7:52 ET.

Assuming nothing goes awry during the high-stakes events of Friday the JWST's spectacular departure from Earth this will just be one step in the telescope s long journey to its viewing spot 1 million miles from home. The next steps will involve the "most complex sequence of deployments ever attempted in a single space mission," explained NASA. For example, one hundred and seven pins must release for the telescope's great sunshield, which is the length of a tennis court, to properly unfold. The unfurling will take about a month.

What the giant James Webb telescope will see that Hubble can't

If all goes as planned, JWST a collaboration between NASA, the European Space Agency, and the Canadian Space Agency will:View the first galaxies and stars ever formed some 13.7 billion years ago Observe intriguing and unknown exoplanets in other solar systemsSee objects in the cosmos currently obscured by thick clouds of dust and gasThe process of building the scope and preparing it for launch has been tedious and beset with delays. But when your goal is unprecedented, ambitious cosmic science, these struggles usually come with the territory."The James Webb Space Telescope is the most ambitious and complex astronomical project ever built, and bringing it to life is a long, meticulous process," European Space Agency director G nther Hasinger said in a statement announcing a delay in 2018. "The wait will be a little longer now but the breakthrough science that it will enable is absolutely worth it."Tune in!