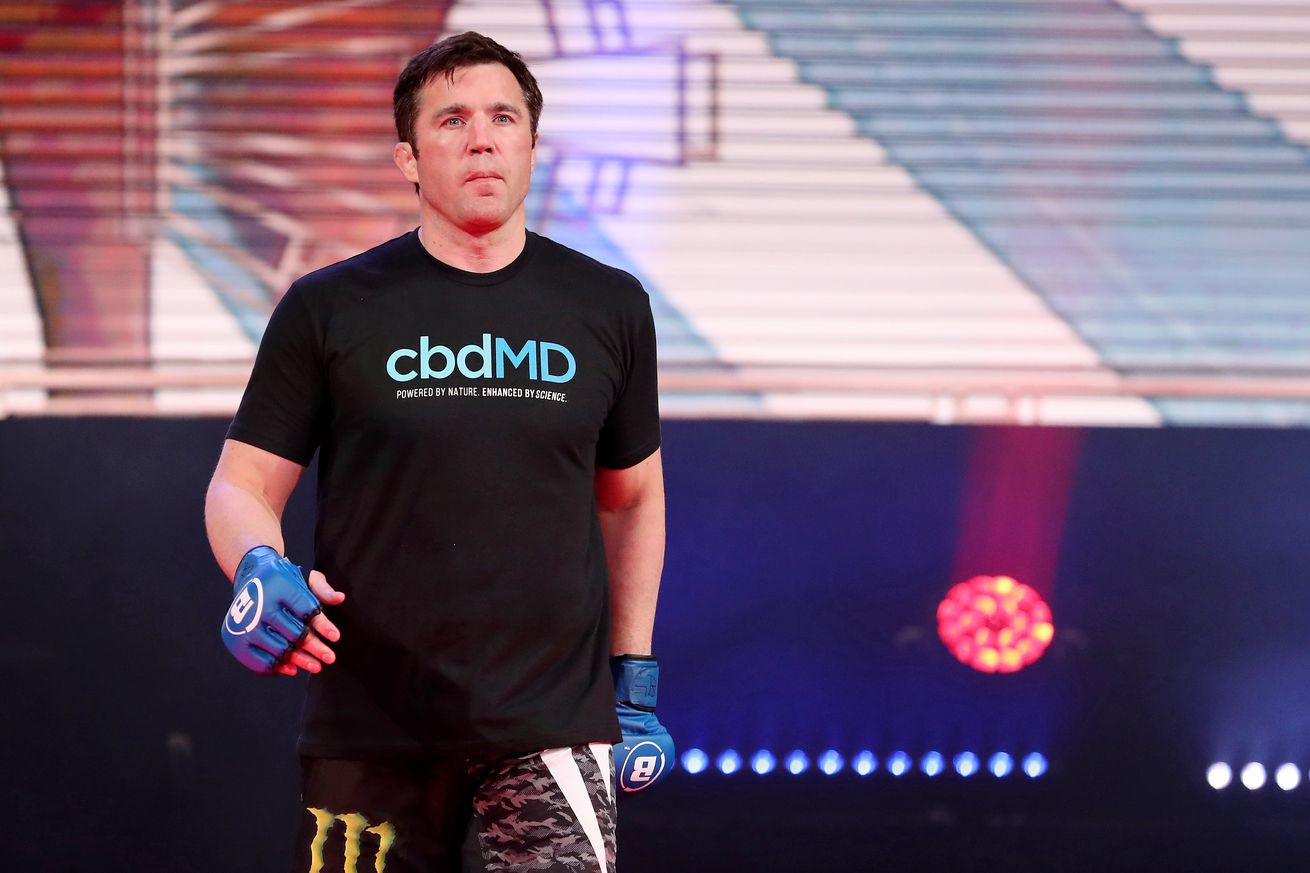 Get the Full StoryChael Sonnen got knocked out by Lyoto Machida at Bellator 222. Ed Mulholland-USA TODAY Sports

Former title challenger Chael Sonnen looks back on a funny story that followed his fight against Jon Jones at UFC 159. Former UFC middleweight and light heavyweight title challenger has recently gotten in a hotel lobby ruckus, having been charged with battery of five separate victims at the Luxor Hotel and Casino in Las Vegas. However, this was not the first time the West Linn Gangster was involved in an unusual situation in a lobby.

In an interview during Ariel Helwani s MMA Hour, Sonnen pointed out how he was annoyed by the last text message to him sent by former UFC light heavyweight champion Jon Jones, which consisted solely of a middle finger emoji.

Obnoxious as the message may have been, it served to remind Sonnen of another situation involving Jones, which took place after their title fight at UFC 159, in April 2013. At the time, Chael was joined by his mother early in the morning at the lobby of the hotel where they were staying in New Jersey, when suddenly Bones entered the room wearing nothing but sweatpants.

Oh my goodness, this was great, Sonnen recalled. So Jon and I fight in New Jersey, and we get done at about 2:00 a.m. and back from the arena. The fight ends at 1:00 a.m. and I ve got to get stitches, then there s a post-fight press conference, so it s 2:00 a.m., it s a late night. I ve got to be in the lobby at 6:00 a.m. the next morning to meet my mother to get to the airport to fly back to Portland. So Jon was up around the clock, and when I get to my mother in the lobby of the hotel at 6 a.m., there s only my mother and Jon Jones there.

Jon is wearing nothing but red sweatpants, Sonnen continued. He s got no shirt, no hat, no shoes. When I say nothing, he s wearing nothing but red sweatpants. And he s visiting with her, and he s being very polite. Jon excuses himself, my mother and I get our bags and we re going to go. Jon takes the elevator up, then he walks out. It was one of those hotels where the doors are on the outside so you can see everything.

And Jon yells down to her one last time to get her to look up dropped his pants, mooned her, went into his room and went to sleep. She loved it.

Although Mrs. Sonnen found the whole situation quite humorous, Chael knows some people could not have taken Jon s behavior as lightly. However, Sonnen claims that his mother enjoyed the moment so much she still talks and brags about it to this day.

Some people think that s rude, Sonnen said. My mother loved it. She bragged about that to her bunco group. She put a message on Facebook. She still laughs about that to this day, so I don t want to hear people say that Jon was inappropriate. It was a funny moment. It s up to my mother to decide. She liked it.

In his last outing, Sonnen 31-17-1 got knocked out by Lyoto Machida, back in June 2019. The loss extended his losing skid to two straight, with another TKO loss to Fedor Emelianenko, back in October 2018. The 44-year-old s last victory happened in January 2018, when he scored a unanimous decision win over Quinton Rampage Jackson.