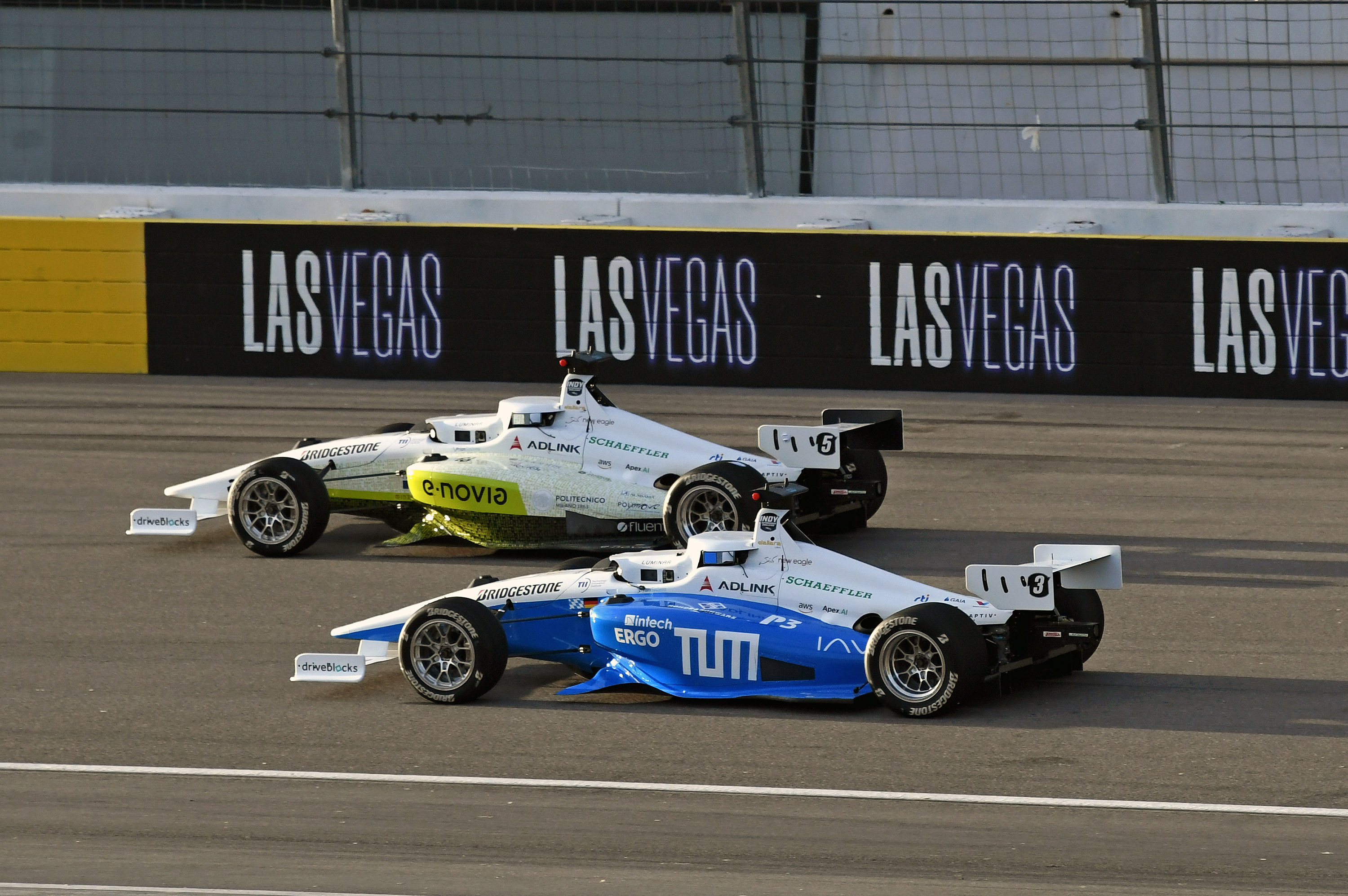 Get the Full StoryThe annual CES technology conference closed out at more than 170 mph on Friday with the Indy Autonomous Challenge.The autonomous race car competition came to the Las Vegas Motor Speedway with five teams from seven universities racing self-driving cars for the first place title and 150,000. Team PoliMOVE from Politecnico di Milano in Italy and the University of Alabama beat out Team TUM Autonomous Motorsport from the Technische Universit t M nchen in Germany in the final head-to-head race. The race was close with Team TUM spinning out at the end. But TUM couldn't catch up from behind nor keep up with PoliMOVE's record speed of 173 mph.TUM had won the original race in October at the Indianapolis Motor Speedway. Like at the October race, every team at CES competed with the same Dallara AV-21 race car outfitted with top-of-the-line sensor equipment including LiDAR from sensor maker Luminar for measuring distance with lasers.More clips from the race are on Twitch and YouTube.