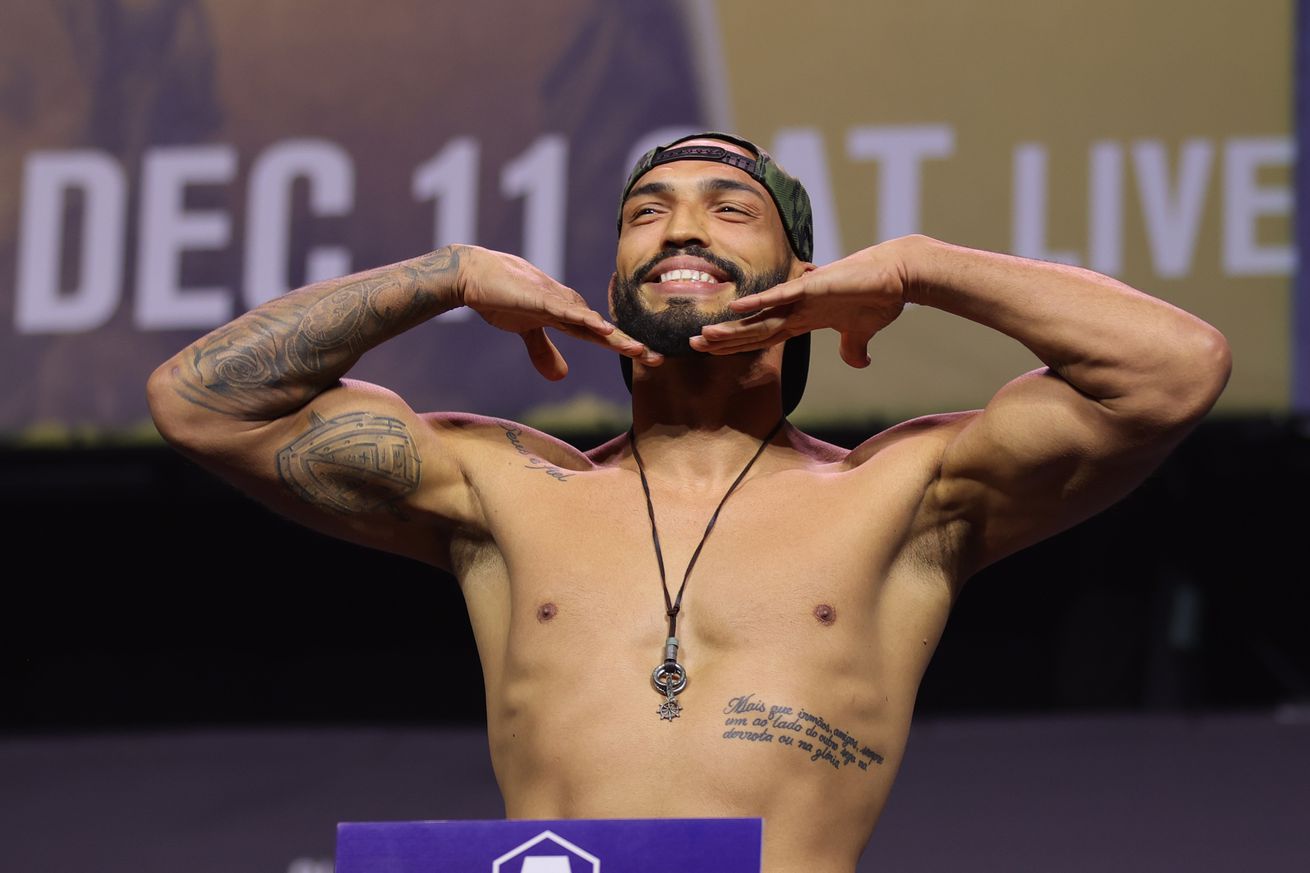 Get the Full StoryBruno Silva is set to face Alex Pereira on March 12. Photo by Carmen Mandato Getty Images

Knockout artist Bruno Silva wants fireworks against kickboxing star Alex Pereira when they meet in March. Heavy-handed middleweight Bruno Silva knows he has one of the most technical strikers to ever fight in the UFC as an opponent for his next fight. However, Blindado does not intend to take down or grapple the former two-division GLORY champion, Alex Pereira. In fact, it is quite the opposite.

Paired up against Poatan for a fight almost guaranteed to end in a knockout at UFC Fight Night 203, Silva hopes he can brawl with the kickboxer. Although it would be safer to focus on a grappling gameplan, Bruno explains to Combate that would not be the way he fights, claiming he is ready to war against anybody on the feet.

Speaking for myself, I m going to brawl, just like I do every fight. Every fight people say the same thing. Oh, this time Blindado will have to take it to the ground because that guy is like this or like that. Jordan Wright is going to kill Blindado, he needs to take it to the ground. I ve heard all that talk before. It was the same thing back in Russia. You can t trade shots with Shlemenko, because he s a specialist . I don t care. I m going to brawl, like I always do.

If things get complicated on the feet, then I ll take it to the ground. Bruno continued. If it goes to the ground, I m going to throw punches. It s kill or be killed. I m old school, like Wanderlei Silva, Shogun Rua or Minotauro, those guys. That s me. I like to give the fans a thrill. I am for the ones who enjoy a slugfest. That s what I m going to do, like I always do.

Currently on a three-fight winning streak in the Octagon, Silva 22-6 scored knockout wins over Jordan Wright, Andrew Sanchez and Wellington Turman. However, the 32-year-old is actually on a seven-fight streak, with four more KO victories before joining the UFC, including a M1-Global middleweight title win, back in November 2018.

The Brazilian s last loss dates back to December 2016, when he got submitted via kimura by Moise Rimbon at Phoenix FC 1. Overall, Blindado has 19 knockout wins on his mixed martial arts record.

Now, Silva is expected to take on Pereira at UFC Fight Night 203, on March 12, at the UFC Apex, in Las Vegas. The card is scheduled to be headlined by a light heavyweight bout between former title challenger Thiago Santos and rising contender Magomed Ankalaev.