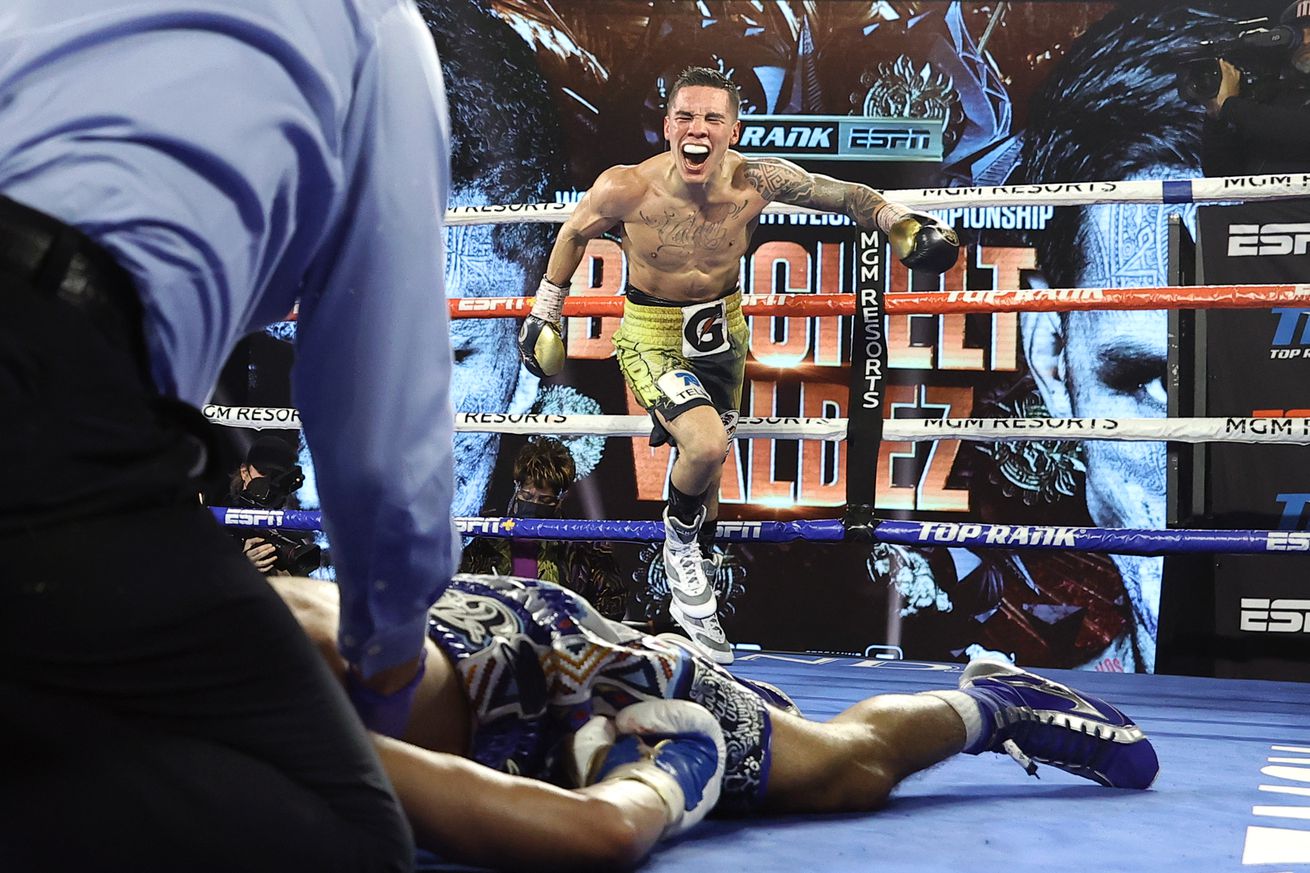 Get the Full StoryOscar Valdez knocks out Miguel Berchelt during their fight for the WBC super featherweight title. Photo by Mikey Williams Top Rank Inc via Getty Images

The WBC and WBO junior lightweight titles would be on the line. A big title unification match at 130 lbs is in the works for April 30th.

Dan Rafael reports that WBC champion Oscar Valdez and newly minted WBO champion Shakur Stevenson, both under the Top Rank Boxing banner, are close to an agreement to headline an ESPN television card at the MGM Grand in Las Vegas.

Valdez 30-0, 23 KOs was the WBO featherweight champion from 2016 to 2019, but his title reign didn t exactly consist of the absolute best opponents. He vacated his title and moved up to junior lightweight, where he had a major scare against Adam Lopez in his debut but overcame a knockdown for a TKO win. After stopping Jayson Velez, Valdez challenged fellow Mexican Miguel Berchelt for his WBC title, and Valdez dominated Berchelt en route to a vicious 10th round KO. His first defense of his belt was a debatable decision over former amateur rival Robson Conceicao. It was more debatable to let him fight in the first place.

Stevenson 17-0, 9 KOs actually won the WBO title that Valdez vacated at 126 lbs, as Stevenson was Valdez s mandatory at the time Oscar moved up to 130 lbs. The 2016 Olympic silver medalist defeated Joet Gonzalez by unanimous decision for his first world title, then dropped the belt to compete at 130 lbs. Last year, Shakur outclassed and stopped Jamel Herring to take the WBO belt in arguably the best performance of his professional career.

This is a great fight that should be a fascinating clash of styles. Stevenson is the better pure boxer who s notoriously difficult to hit cleanly, whereas Valdez has the obvious edge in power and has improved his craft over the years. If this is a done deal soon, it s easily one of the best matchups on the boxing schedule.