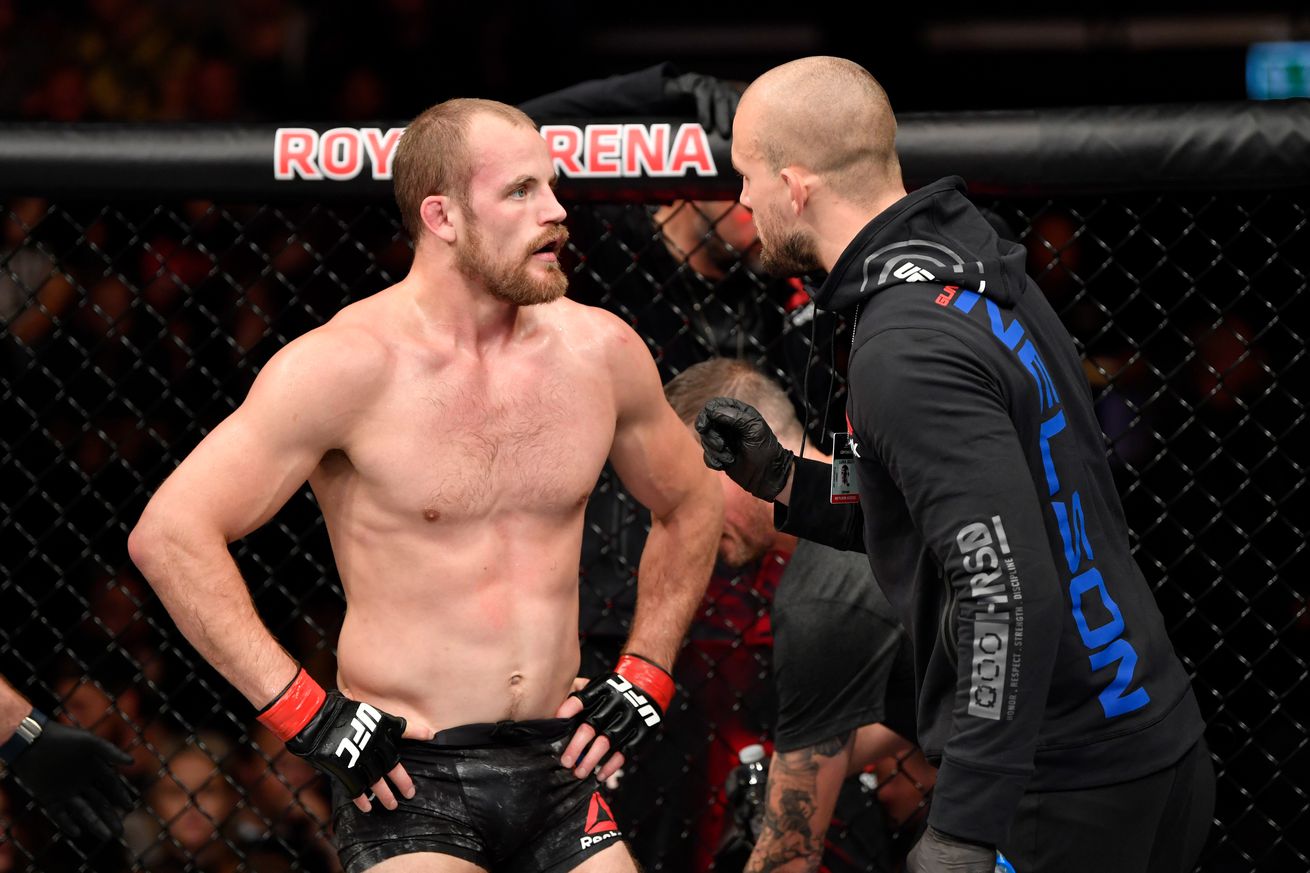 Get the Full StoryGunnar Nelson talks to his coach between rounds during his 2019 fight with Gilbert Burns. Photo by Jeff Bottari Zuffa LLC Zuffa LLC via Getty Images

Once considered one of the brightest prospects in the welterweight division, Nelson hasn t competed since 2019. It s been a minute since Gunnar Nelson last appeared inside the UFC Octagon. Known for his prodigious grappling skills, Iceland s premiere mixed martial arts talent established himself as a top tier competitor over seven years and 13 fights inside the world s largest mixed martial arts promotion. Unfortunately a series of injuries have since sidelined Nelson s UFC career, to the point fans could be forgiven for wondering if he was ever going to fight again.

Fortunately, MMA Fighting s Damon Martin reports that not only is Nelson expected to return this year, but he s also inked a brand new multi-fight deal with the UFC.

Gunnar Nelson has inked a new multi-fight deal with the UFC, per his management team ParadigmSports Gunnar is targeting the upcoming UFC Fight Night card in London for his return to action#UFC Damon Martin DamonMartin January 17, 2022

Nelson has been recovering from a pair of rib injuries. The first of which was suffered ahead of his last bout, against Gilbert Burns. The second, Nelson recently revealed, was picked up in his exhibition grappling match against celebrity strongman Haf r J l us Bj rnsson who came to fame for his portrayal of The Mountain That Rides Gregor Clegane in HBO s adaptation of the Game of Thrones novels.

I catch him with an armbar from the top, but I want to get it from the bottom, Nelson revealed in a December interview with the MMA Hour Transcript via Pundit Arena . And so I try to do that in the second round, he collapses on top of me and I could feel a nasty pop and seconds after.

I could just feel it swelling up but something in me was like, I m not going to say anything now, I m just going to finish the round...It was a really fun thing but it was probably stupid I probably should have stopped when it happened.

While the UFC has yet to make the location official, they ve clearly been targeting March 19th for their first event back in the UK since 2019. A 2020 event set for the O2 Arena was scrapped in the early stages of the COVID-19 pandemic the first of several events the UFC cancelled that year, before eventually moving the bulk of their cards to the Apex facility in Las Vegas.