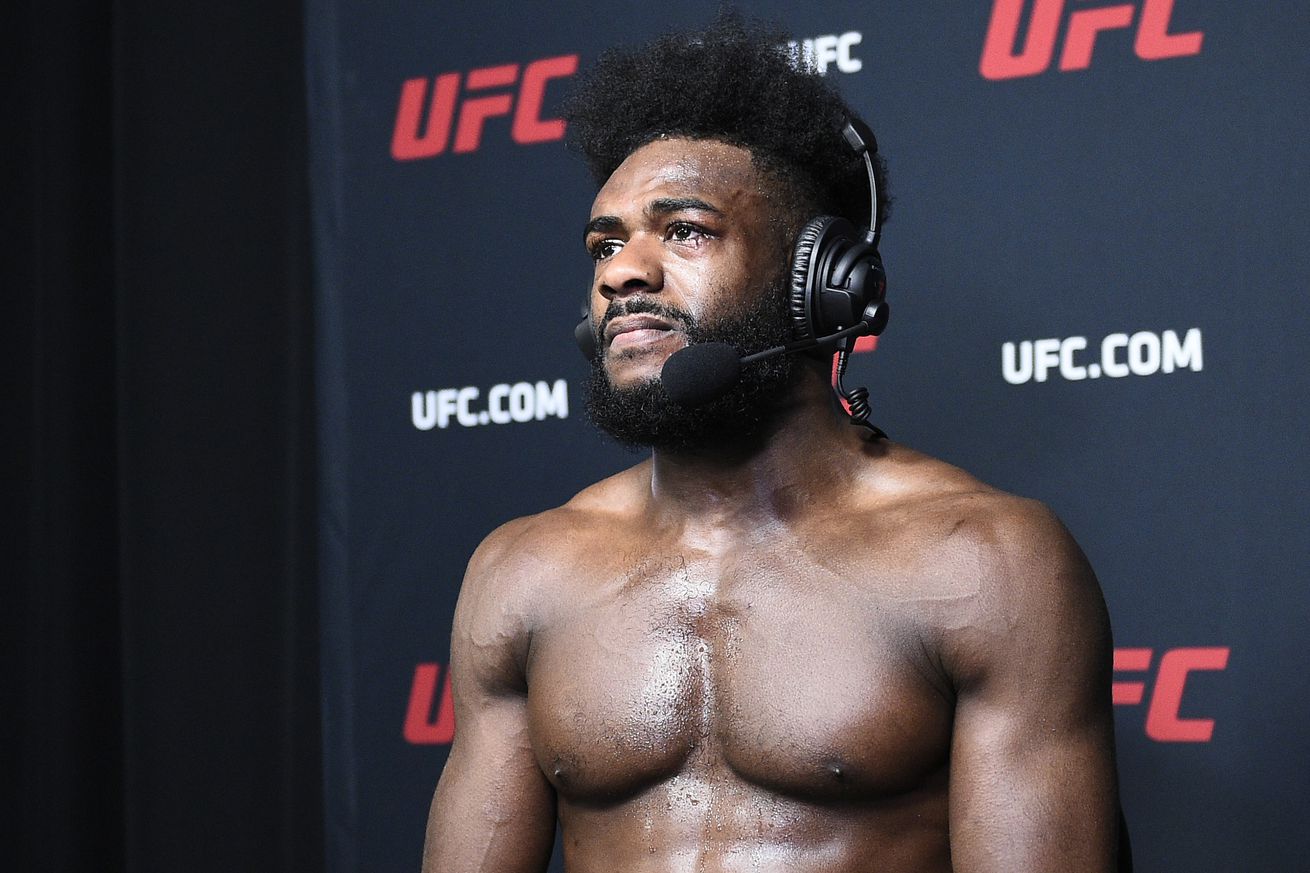 Get the Full StoryAljamain Sterling talks to the press after his DQ victory over Petr Yan at UFC 259. Photo by Chris Unger Zuffa LLC

The UFC bantamweight champion got off on a serious rant when asked if he felt that TJ Dillashaw was the next top contender after his upcoming fight with Petr Yan. The UFC s relationship with drug testing has been an interesting one over the years. For a long time, the promotion maintained that making sure fighters were clean was the job of athletic commissions, and not the promotion. Fighters got tested just before and just after their bouts, and as long as those tests were clear, everything was hunky-dory.

That all changed in 2015, when the world s largest MMA promotion announced their partnership with the private drug testing company USADA. And in the years since, athletes have been subject to a year-round schedule of random visits from USADA agents, collecting samples to ensure a level playing field. At least, that s the pitch.

However, it seems one fighter has some doubts about just how effective or equal the USADA program works in reality. Bantamweight champion Aljamain Sterling recently sat down with Ariel Helwani and the MMA Hour, where what started as a fairly inoccuous question about disgraced former champion TJ Dillashaw became a whole rant about USADA, Petr Yan, and what Sterling seems to feel may be an unfair focus on US athletes.

The whole USADA thing, man, it s kinda laughable, Sterling told Helwani, shortly after saying that he d like to fight Dillashaw as the next top contender. Because, it wasn t even USADA that caught TJ. It was the athletic commission, the New York Athletic Commission. What are we paying USADA to do? Is this just a front to kinda, like, remove all liabilities? Just say, Hey, this is a third party that we pay to test our guys. We have no accountability for this. Because, I don t get it. It doesn t make any sense to me.

Because, I m like all these guys in these other countries, I don t think they re being tested as much as we re being tested. And I do think and people could tell me I m crazy I ve watched 2017 doping documentary Icarus, I ve always had my suspicions about things. This sport was kind of founded on being prideful of, Yeah, I m jacked, I m a monster. Look at back in the days, of what people used to look like the Sean Sherks. I don t want to disparage anyone s name, but we kinda know who s who the Belforts, we know what s up. To try and tell me, convince me that people aren t still doing stuff?

If USADA can t catch TJ Dillashaw, Sterling continued, who actually had been outed by Cody Garbrandt in a press conference? And USADA doesn t think, Huh, maybe we should look into this? Because Garbrandt said he was the one showing people at the gym how to do it. Nothing happened after that. But the athletic commission of New York catches TJ Dillashaw? So what are they doing? Seriously, what are they doing?

But it isn t just USADA s lack of ability to catch Dillashaw that apparently has gotten under the Funk Master s skin. He also voiced serious doubts that international fighters weren t receiving the same oversight as their American counterparts, mostly due to their celebrity status in their home countries.

And I don t think anyone is going to test from the USADA pool in these other countries the way that they re testing us, Sterling explained. In the United States, you pop somebody, you pop a Jon Jones, you pop everybody else? You re almost like a hero. You get the little badge of honor. It s, like, cool, that you caught that guy. But these other guys from these other countries, when they re not being caught, do you really think they re trying to catch their guy?

Their people who are almost, like they re treated like royalty, they have the red carpet treatment. Those small countries and Russia s not a small country I m just saying that in those small countries, they re just looked at differently. It s perceived differently. Sports is like the ultimate thing for them...they re, like, God-sent when they win the Olympics these types of things. So, when you have these athletes who are in the top of their sport, you think these guys are really trying to pop their guys? I don t think so.

And despite realizing that he has no real evidence of unequal treatment, clear proof of doping, or even perhaps much more than a gut feeling, Sterling still sounded adamant that there isn t enough being done to stop doping in MMA. The way he sees it, the brutal physicality of combat sports should mean that using performance enhancing drugs carries the weight of a jail sentence for fighters who test positive.

That shit bothers me man. That shit does bother me, because you should do jail time for doing steroids or EPO, or any type of shit like that in the UFC in combat sports in general. You can literally rearrange someone s career, their livelihood, doing this contact sport, man. This is not like playing basketball. We re not shooting hoops, we re not hitting a baseball into the crowd. You know what I m talking about? We re dealing with life-changing events when you step into that Octagon.

As for how that all relates to his upcoming bout with Petr Yan? The longtime Serra-Longo talent claims that he isn t trying to put dirt on Yan s name, but added that he would not be surprised, if Yan were using PEDs. Like I say, where there s smoke, there s fire, man, he concluded

Aljamain Sterling vs. Petr Yan 2 is set to take place at UFC 273 on April 9th. The event has been scheduled for the Barclays Center in Brooklyn, NY, but recent reports suggest it may be moved either to Florida or to Las Vegas. The main event is expected to feature a featherweight title fight between Alexander Volkanovski and the Korean Zombie Chan Sung Jung.