Masvidal: Sonnen will apologize when I murder Covington at UFC 272 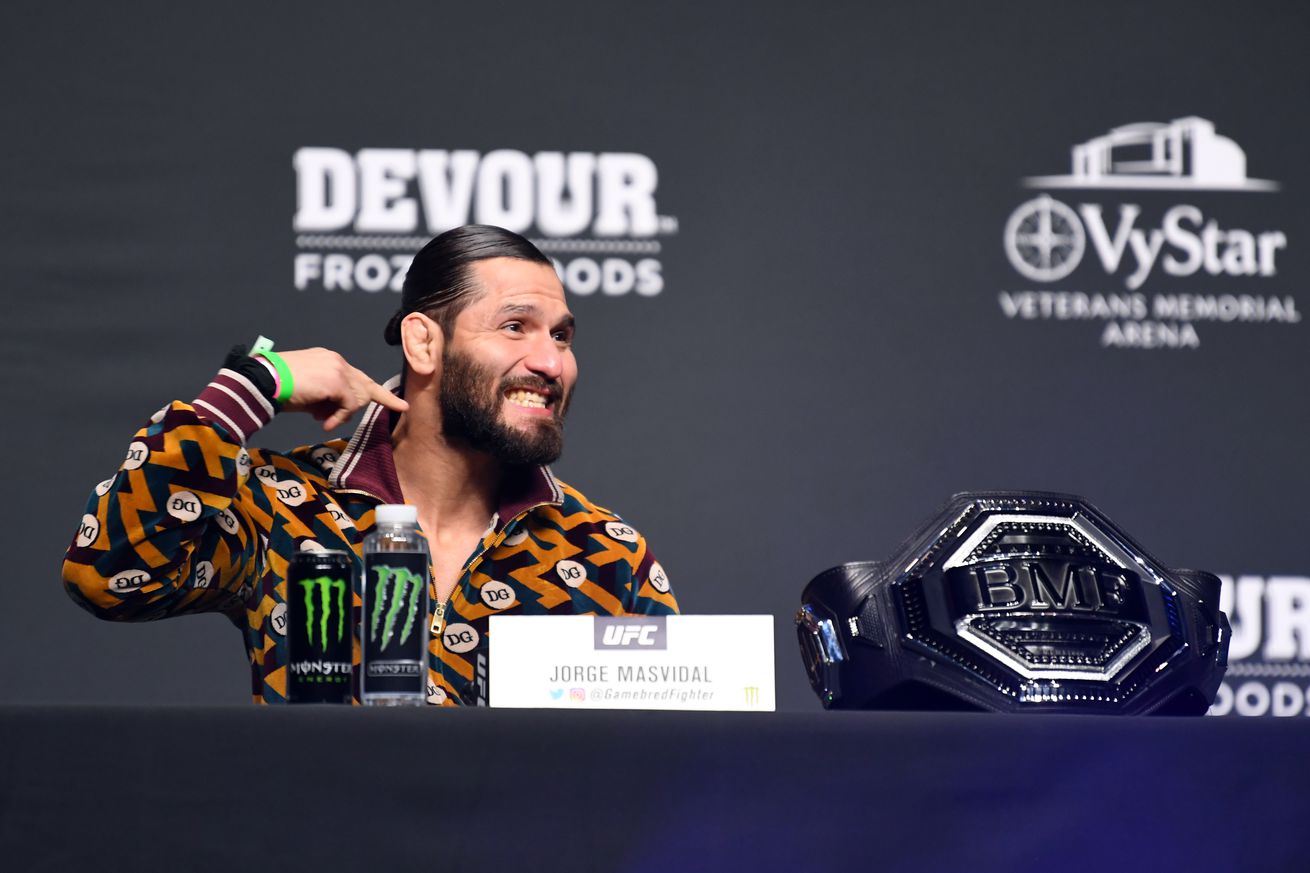 Get the Full StoryJorge Masvidal interacts with the media during the UFC 261 press conference last April. Photo by Josh Hedges Zuffa LLC

Jorge Masvidal responds to Chael Sonnen s recent comments about him. Chael Sonnen made some comments this week about the upcoming grudge match between Jorge Masvidal and Colby Covington at UFC 272. The former three-time UFC title challenger turned ESPN analyst lauded Gamebred for taking a career-ending fight against Covington.

If he goes out there and he gets taken down and he gets mauled for 25 minutes, it is going to take a lot of luster off of the shine that is the second-biggest draw, the BMF Jorge Masvidal, Sonnen said.

These statements eventually got to Masvidal, who issued his response on a recent episode of The MMA Hour. While he didn t take offense, he still wants to prove Sonnen wrong.

I personally like Chael a little bothered by that comment, but it s kind of like it just sets up the f ng mountain to be a lot higher, he said. When I climb it, and Chael s like, I can t believe you climbed that mountain, I m going to be like, I told you, b-tch.

I get it, man. Two white boys from Oregon, they both have that sleazeball style, like, cutting edge at the time. I thought Chael did it in a more classy way, but he still said things that didn t need to be said, like bringing up Anderson Silva s wife. So those types of guys gotta stick together.

But I like him, though, because Chael is the type of guy that will go back and apologize. So when I f ing murder Colby, he has to be like, Holy shit, this guy deserves a title fight, and blah, blah, blah.

Masvidal then directed his attention to Covington and once again expressed his disdain for trash talk that goes over the line.

Chael had to be shit-talking because he didn t have an exciting style for a long time; he was just wrestling guys to death. So he had to do that extra talking and get himself over like that. That influenced guys like Colby that s all he does.

UFC 272 takes place on March 5th at the T-Mobile Arena in Las Vegas.