UFC 270 fighter to watch: An Aussie on a 10-fight winning streak 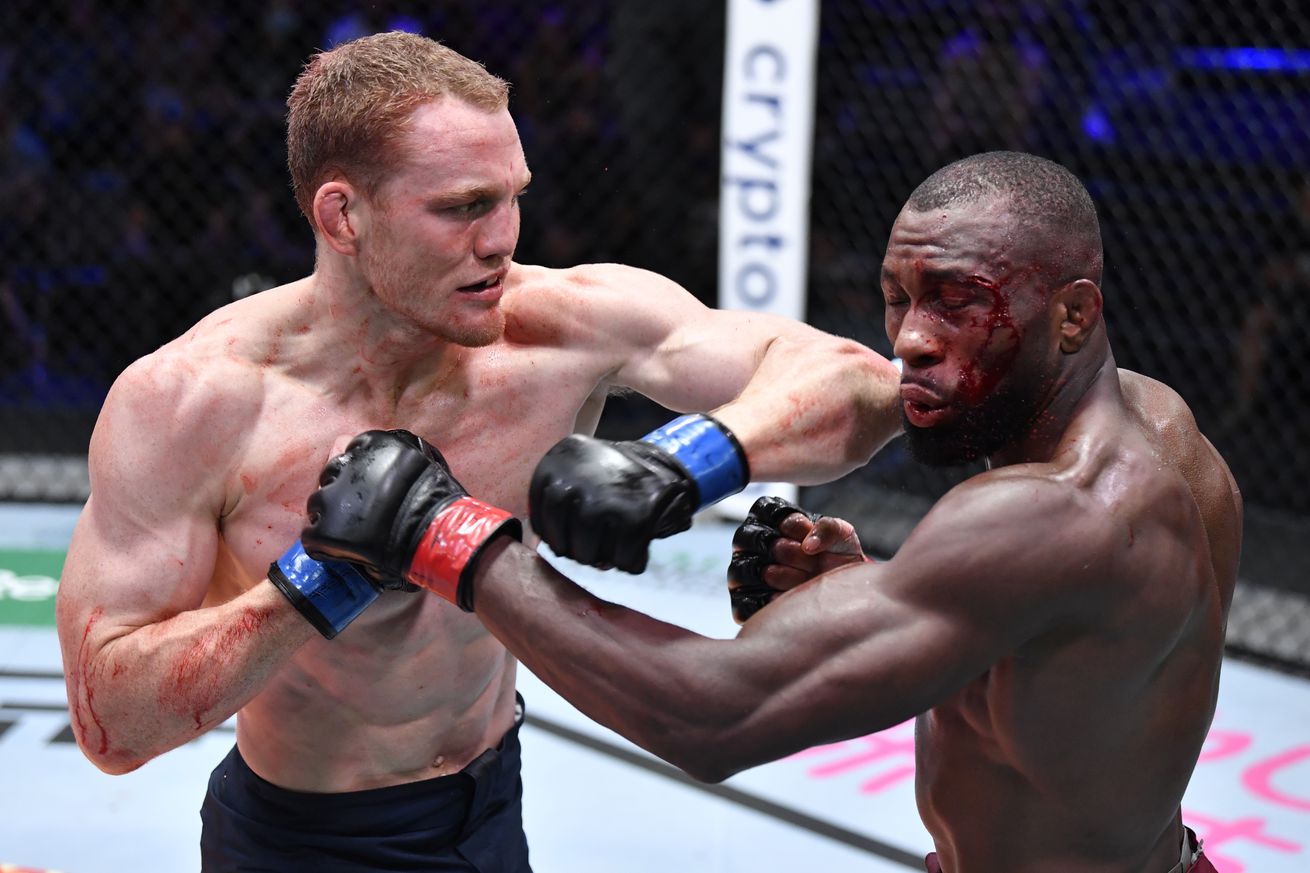 Jack Della Maddalena will look to make it 11 in a row at UFC 270 Jack Della Maddalena was discouraged. He had gone 0-2 as an amateur mixed martial artist, then quickly found himself in an 0-2 hole as a pro, dropping his first bout by submission and his second via TKO. At that point, Della Maddalena and his coach at Scrappy MMA, Ben Vickers, set a goal of winning 10 straight fights. Della Maddalena earned nine wins with nine finishes between October 2016 and October 2020. That s when the UFC reached out to the Australian fighter.

In September 2021, Della Maddalena got his chance to win his 10th straight fight. That opportunity came with some added pressure. Della Maddalena would fight for a UFC contract on the September 14, Dana White Contender Series card against the 7-1 Ange Loosa. The odds for the fight were essentially a pick em.

Della Maddalena dominated the fight. His boxing was crisp and his counters were nasty. He was especially effective with his left hand and once he found his groove, he put incredible forward pressure on Loosa and controlled range very well. His output and affinity for throwing combos never gave his opponent a chance to reset.

As impressive as he was in the first two rounds, Della Maddalena looked winded in the third, and he once again found himself on his back with time ticking away. Had the fight ended in that position, it s hard to tell if the UFC would have awarded Della Maddalena with a deal - the visual would not have been good. The 25-year-old avoided that by scrambling to his feet and finishing with a flurry of strikes.

Even though he looked a bit tired it was his first fight to go the distance Della Maddalena s striking output in the third stanza was higher than in the first two rounds.

If Della Maddalena felt pressure in September, he ll be under more stress at UFC 270. Not only will he be making his official UFC debut, but it will be in front of what is expected to be a crowded Honda Center and against a short notice replacement opponent.

Della Maddalena had been working toward a fight against UFC veteran Warlley Alves since that matchup was announced in October. However, after months of focus on Alves, the Brazilian withdrew from the bout in early January. Five days ago, Della Maddalena found out his opponent would be UFC newcomer Pete Rodriguez. Rodriguez is 4-0 as a pro with four first-round finishes. All his bouts have come with Ikon Fighting Federation. Rodriguez turned pro in October 2020 and last fought in June 2021.

I reckon I get him out of there in the first round, Della Maddalena said of his new opponent. And I ll definitely be trying to take him out as quickly as possible. Trying to take his head off. But if not, OK. Although I will be trying to finish him the whole time.

Bisping, Sanko and White were all sold on the talents of the Australian fighter thanks to his performance at the UFC Apex, but UFC featherweight champion Alexander Volkanovski noticed the young man s skills prior to his trip to Las Vegas.

I remember commentating for one of his fights in Australia . I didn t know too much about him before that while I was watching I was like this kid has got some skills man. I ve got to keep an eye on this kid , Volkanovski told The West Australian.

A lot of people would have been watching that fight with Loosa and they re going to be remembering his name and watching him the next time he fights.

I am sure there s going to be many more people looking forward to watching him do his thing.

Della Maddalena and Rodriguez fight on the prelims of UFC 270, which takes place on Saturday, January 22 at Honda Center in Anaheim. The main card streams on ESPN pay-per-view following prelims on ESPN2 and early prelims on ESPN .