Bisping: Adesanya has a long way to go before he surpasses Silva as GOAT 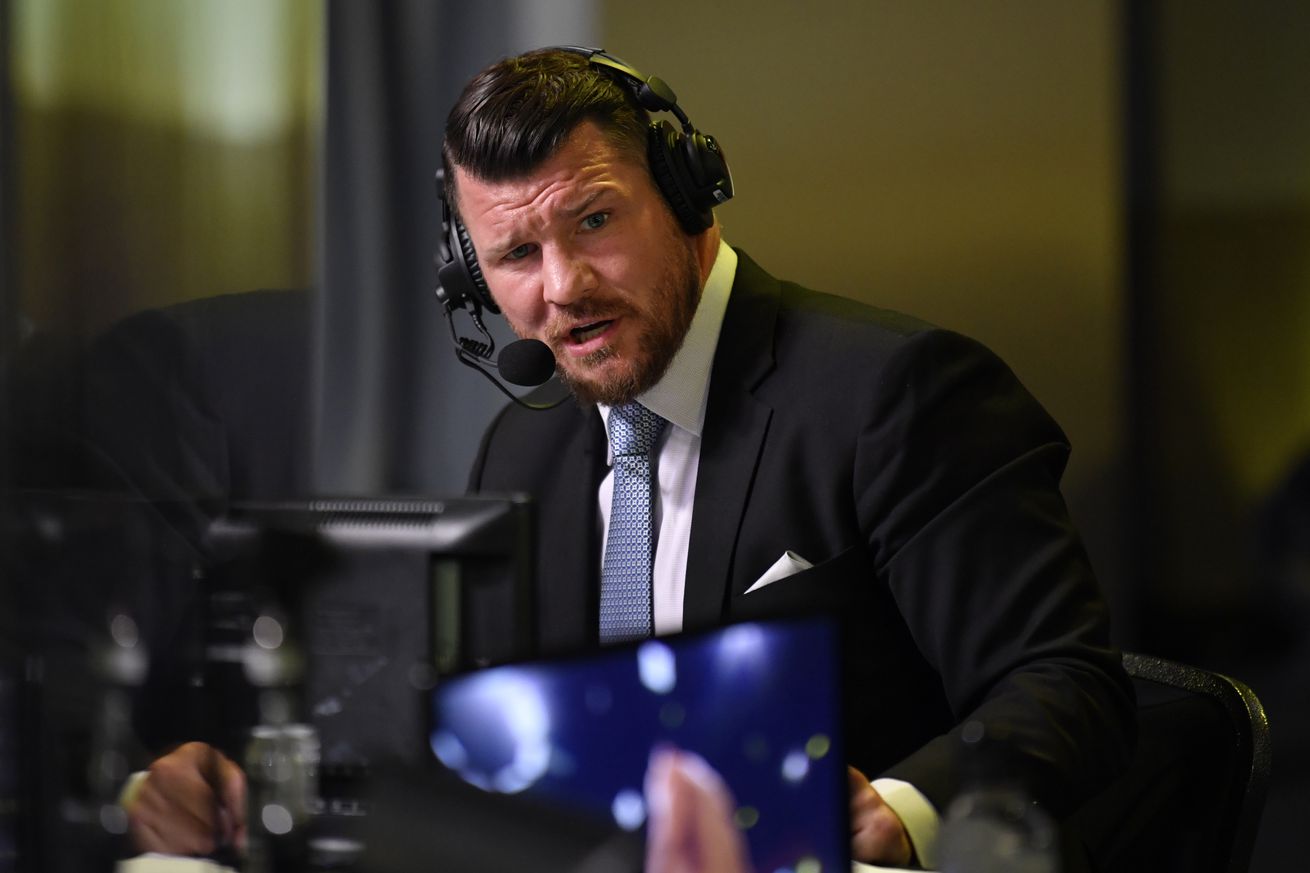 Get the Full StoryMichael Bisping provides commentary for UFC on ESPN 9 at the UFC APEX in Las Vegas, Nevada on May 30, 2020. Photo by Jeff Bottari Zuffa LLC

That s according to UFC Hall of Famer Michael Bisping, who explained on his YouTube channel what makes Silva such a special fighter and what Adesanya has to do before he enters the GOAT conversation.

I m just gonna throw it out there: Anderson Silva is the greatest middleweight of all time, Bisping said h t MMA Fighting . Now that s not a knock on Israel Adesanya.... Let s break it down. Let s look at it. Israel came to the UFC and he wanted to achieve great things, right from day one. He was always comparing himself to others, wanting to beat records, wanting to get to the title quicker, wanting to have the most defenses, and go down in the record books as an absolute legend. And he will do that because he is a legend. He is the man. He s on top of the sport right now. But Anderson Silva has just done more. It s as simple as that.

Professional career record of 34-11, 16-fight win streak in the UFC which is the longest, 14 stoppages, 12 KOs, 2 subs, and he defended the belt 11 times... Just because Travis Lutter doesn t make weight, I still count that as a defense....

We re here to talk about whether Israel s resume is better than that and the short answer is, it s not. It s just not. Now that doesn t mean it can t be. Of course it can be. Israel is still a young man. He s got a lot of time on his side and he s still a phenomenal fighter, but when you compare the two records right now they just don t stack up.

Bisping acknowledges Adesanya has a stellar UFC record of his own but says it pales in comparison to Silva s title reign.

His career record is 22-1, very nice. 15 KOs overall, only 4 KOs in the UFC though, and only four title defenses, Bisping said. We know Izzy likes to say he has five title defenses because he won the interim belt against Kelvin Gastelum and then he unified the belt against Robert Whittaker. When you re the interim champion, you re only the number one contender. We know this. Listen, if I was Israel, maybe I d feel the same way. I m not trying to sh t on him, I m not trying to take away from his achievements, far from it, but beating Robert Whittaker to become the champ wasn t a title defense.

Since then Adesanya s had four title defenses, he went up and fought Jan Blachowicz at light heavyweight, didn t get the job done, Bisping continued. No shame in that. No shame in that whatsoever but when you look at the two of them and you look at the average fight time Anderson s is way shorter . And Anderson Silva was more of a varied threat, he had great submissions. Only two submissions in the UFC but still, two is good. And he was so dynamic.

Adesanya does, of course, hold a decision victory over Silva but that was when the latter was way past his prime according to Bisping.

Adesanya last fought at UFC 271 where he outpointed Robert Whittaker to retain his middleweight title. He is currently #2 in the UFC men s pound-for-pound rankings.