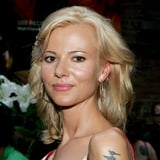 Get the Full StorySarma Melngailis is at the center of the new Netflix crime documentary "Bad Vegan: Fame. Fraud. Fugitives." Melngailis's story is one filled with twists and turns and unbelievable claims. She once was at the top of the New York food scene, with celebrities like Alec Baldwin and Woody Harrelson just some of her frequent customers. After failing to pay her employees and deceiving investors, however, her world came crashing down, as she swiftly became known for her role in a fraudulent scandal that shook New York City and the vegan world.

The former owner of New York's esteemed raw vegan restaurant Pure Food and Wine was disgraced in 2015 after the closing of her restaurant and further in 2016 when she was arrested on counts of second-degree grand larceny, second-degree criminal tax fraud, first-degree scheme to defraud, violation of labor law, and related counts. In 2017, Melngailis accepted a plea deal and was ultimately sentenced to four months in jail and five years probation, Forbes reported. The disgraced vegan restaurateur's life has significantly changed since the loss of her business and subsequent arrest, but where is she now? Here's what to know about where "Bad Vegan"'s Melngailis is now.

Melngailis didn't get her start in the food world until her late 20s. She originally had an eye for business foreshadowing, much? and graduated from the University of Pennsylvania in 1994 with a bachelor's degree in economics. Following her graduation, Melngailis went on to work a number of jobs that centered on business, including investment banking and investment funds, according to her website.

Her interest in finance didn't last, and she went to the Culinary Institute of America, graduating in 1999 with hopes of breaking into the food world. In 2004, she opened Pure Food and Wine with her then-boyfriend and chef, Matthew Kenney. For the next decade, Pure Food and Wine became one of New York's hottest restaurants, consistently praised by esteemed publications like New York Magazine and Forbes. By 2015, however, the tide had completely changed.

How Did Sarma Melngailis Get Caught?

In 2011, Melngailis met Anthony Strangis through Twitter, and the two married a year later in 2012. According to the New York Post, Melngailis hired Strangis as a manager in 2013, which immediately changed everything. A line cook working for Melngailis at the time noted, " Melngailis would go on more trips. She definitely became more elusive, less concerned with the well-being of the company."

Their unlikely romantic union and business partnership puzzled friends, family, and employees of Melngailis, but there was a reason behind it. According to Vanity Fair, Strangis "was promising to give her enough money to become independent of meddling investors, help anyone she wanted, and pay off her debts." Strangis fell through on his many promises, including one he made to make Melngailis's pit bull immortal. Instead, together, they stole 2 million from the restaurant by not paying workers and lying to investors. The duo allegedly used the money on casino trips and expensive luxuries, like hotels and watches.

After a workers' strike by Pure Food and Wine employees in 2015, their money-making scheme started to crumble. With the pressure of having to pay both employees and investors, Melngailis and Strangis went on the run, attempting to avoid extradition for their crimes until a Domino's pizza order tipped off the police.

Where Is Sarma Melngailis Now?

After serving four months at New York's infamous Rikers Island prison, she filed for divorce from Strangis in 2018. According to her website, she currently lives in Harlem with her rescue dog, Leon. Melngailis also appears to be working on a podcast, per a post on her Instagram page, and will appear in "Bad Vegan." On returning to the restaurant industry, she remains hopeful but realistic, telling the New York Post in 2019, "If there was some magical opportunity to open the same restaurant in the same place, I would do it in a heartbeat. I think New York would take me back."