Till believes Aspinall is the next heavyweight champ, would play with Jon Jones 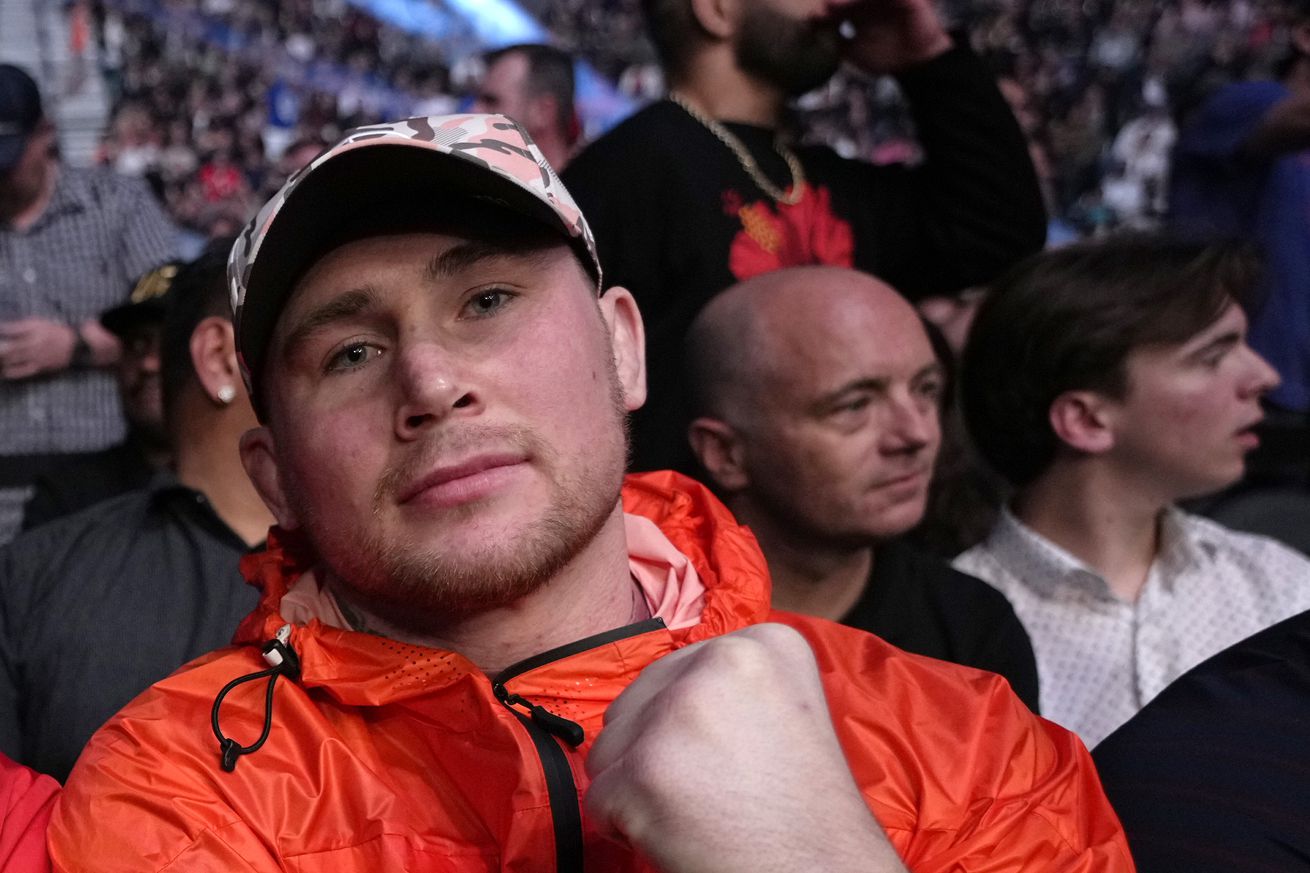 Get the Full StoryDarren Till is spotted ringside with Khamzat Chimaev at UFC 272 on March 5, 2022 in Las Vegas, Nevada. Photo by Jeff Bottari Zuffa LLC

Till was dazzled with Aspinall s performance against Alexander Volkov at UFC London last Saturday which saw the Team Kaobon fighter submit Drago with an armbar in the first round.

Till not only believes Aspinall is destined for championship success but that the Atherton local would also toy with Jon Jones in the Octagon.

He just texted me and told me to stop calling out Ciryl Gane for him, Till said on The Triple C & Schmo Show h t MMA Fighting . He wants to fight Tai Tuivasa then Gane. So I think he knows his road. I think he s gonna be the next champion at heavyweight.

I think he would play with Jon Jones, I really do.

Aspinall has a much humbler outlook on his future but the 28-year-old is confident that he has what it takes to become champion. The Brit surged to No. 6 in the UFC heavyweight rankings following his submission over Volkov and is likely only a couple more wins away from entering title contention.