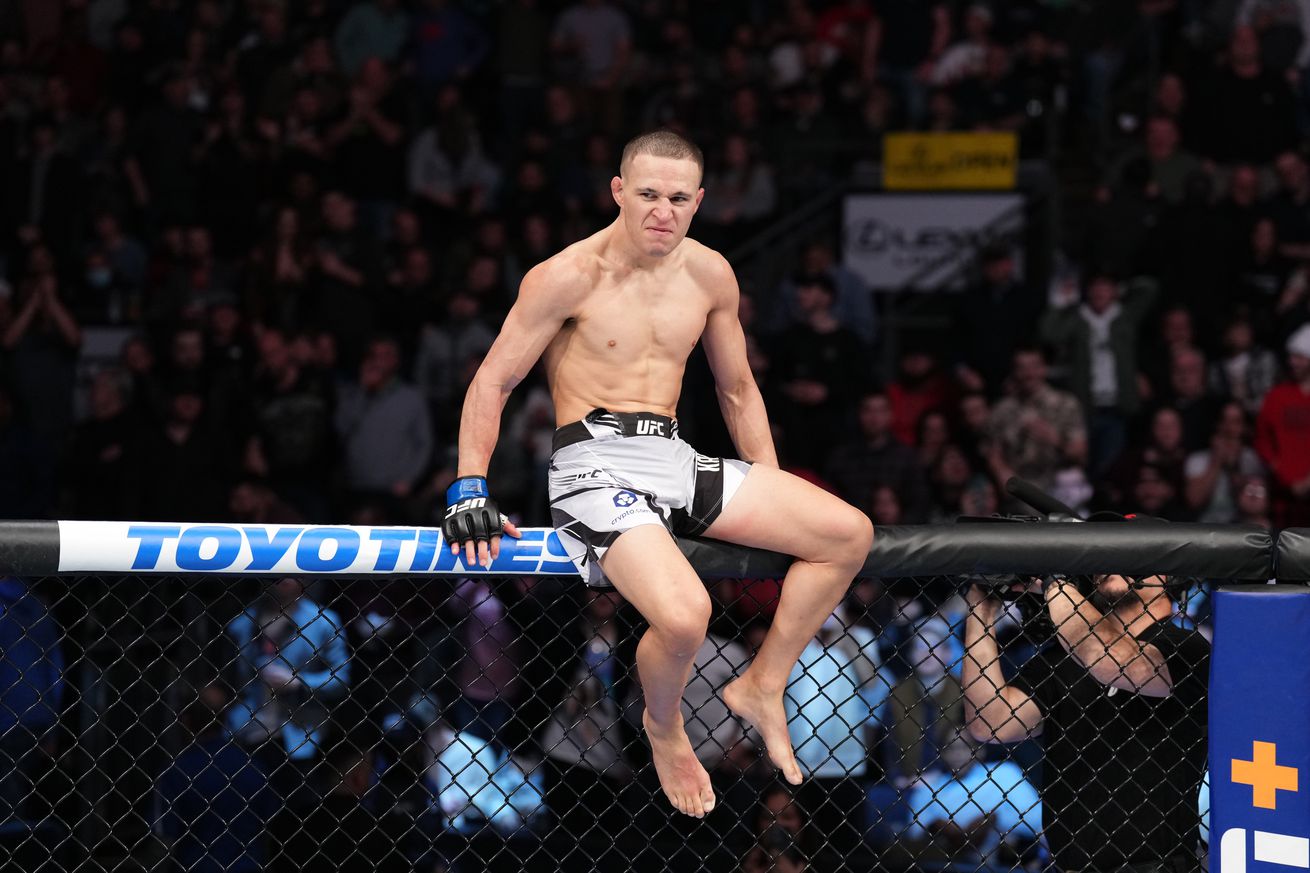 Get the Full StoryKai Kara-France sits atop the Octagon fence after defeating Askar Askarov at UFC Columbus. Photo by Josh Hedges Zuffa LLC

Reigning champion Deiveson Figueiredo, for one, says the 29-year-old dirty Kiwi just punched his ticket to a title shot. The 34-year-old Brazilian, who reclaimed the 125-pound title against Brandon Moreno at UFC 270 in January, posted this tweet after Kara-France s win.

Congratulations you dirty kiwi kaikarafrance you just punched your ticket with the God of War. theassassinbaby you just took the back seat. You are 0- 2 against Pantojamma if you could beat him I ll give you the next title shot. Vs let s make it happen danawhite pic.twitter.com mysuGl9Wsa Deiveson Daico_Deiveson March 27, 2022

Speaking of Moreno, the ex-champ wants his own crack at Kara-France. The Assassin Baby also made his intentions known via social media, and he wants an interim title fight.

A daico_deusdaguerra s ovaries hurt and he doesn t want to fight !!!! How about an interim against kaikarafrance while the gremlin gets his balls back !!!! Moreno s Spanish caption reads.

This week, the UFC reportedly confirmed the fourth fight between Figueiredo and Moreno. The two are said to be slated to headline a PPV event in July, which likely takes place on International Fight Week in Las Vegas.

As for Kara-France, he is on a three-fight win streak which includes a notable first-round TKO over former bantamweight champion Cody at UFC 269 in December. With the win over Askarov, he improves to a record of 24-9 1 NC .