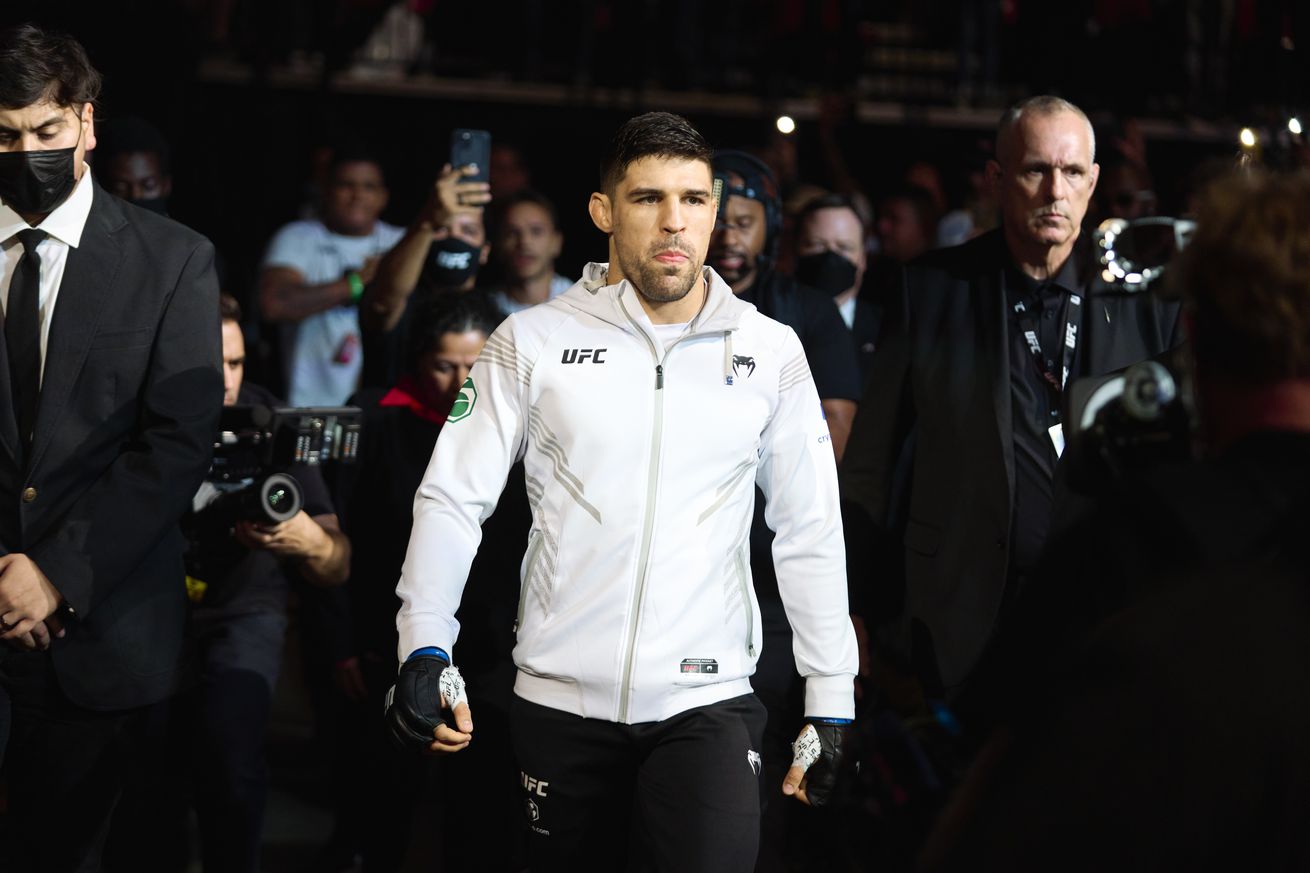 Get the Full StoryVicente Luque is set to face Belal Muhammad at UFC Vegas 51, Photo by Cooper Neill Zuffa LLC

The Silent Assassin sounds like he s well prepared for his upcoming rematch with Belal Muhammad on April 16. Welterweight contender Vicente Luque should already have a good idea of what to expect against his next opponent. Seeing that his first fight with Belal Muhammad ended in a KO victory for the Brazilian, Luque believes that Remember The Name will try to impose a more wrestling-oriented strategy in their rematch.

In an interview with Combate, the Silent Assassin made it clear that he feels ready for Muhammad s grappling, and that he s developed a gameplan that could neutralize his opponent completely. Should the fight hit the ground anyway, however, the Sanford MMA fighter added that he can always rely on his dangerous submission arsenal to score a win.

Of course I d prefer it if we stayed on the feet, but I think the chances of that are slim, Luque admitted. I knocked him out in our first fight, so he knows how dangerous I am on the feet. I think he ll opt for the wrestling game, which he s very good at. He dominated Thompson, won every round very decisively. I think he ll try to turn out fight into a wrestling match. He ll try to smother me against the fence or take me down and not let let my hands go.

I ve been practicing a lot of wrestling. Like I ve had my whole career, so I can neutralize his game. I will neutralize it, I ll try to impose my striking and get the KO. I m very dangerous on the ground, too, like I ve shown in my last fights. I have submission skills. My style is always about attacking and finishing the fight. I think he ll try to avoid that, make the fight a little more boring and win by decision.

Their first fight a three-round bout Luque accepted on short notice ended just 79 seconds into the first round. And while he s had extra time to prepare for a longer, more difficult bout, he s still banking on getting the job done before the final bell rings.

The gameplan is much more complex now, Luque revealed. I took that first fight on a two-week notice, there was not much time to do any planning. It s different now. We had a lot of time to prepare. I m sure he studied me pretty well, like I did with him, too. I have a plan. I trained specifically for several scenarios. If he wants to grapple me, take me down and even if he tries to surprise me with an improved striking game. I ll be ready. I have some cards up my sleeve and you ll see it on the 16th.

I can promise you a lot of action and a very aggressive fight. I don t know how it s going to be, but I don t think it goes the distance. I believe I ll get a knockout or a submission. We have five rounds. I m an aggressive guy, I look for openings. When you add all that, it s not going the distance.

Luque vs. Muhammad 2 is all set to headline this weekend s UFC Fight Night card at their Apex facility in Las Vegas, NV. Stay tuned to Bloody Elbow for more news and updates as the event approaches.