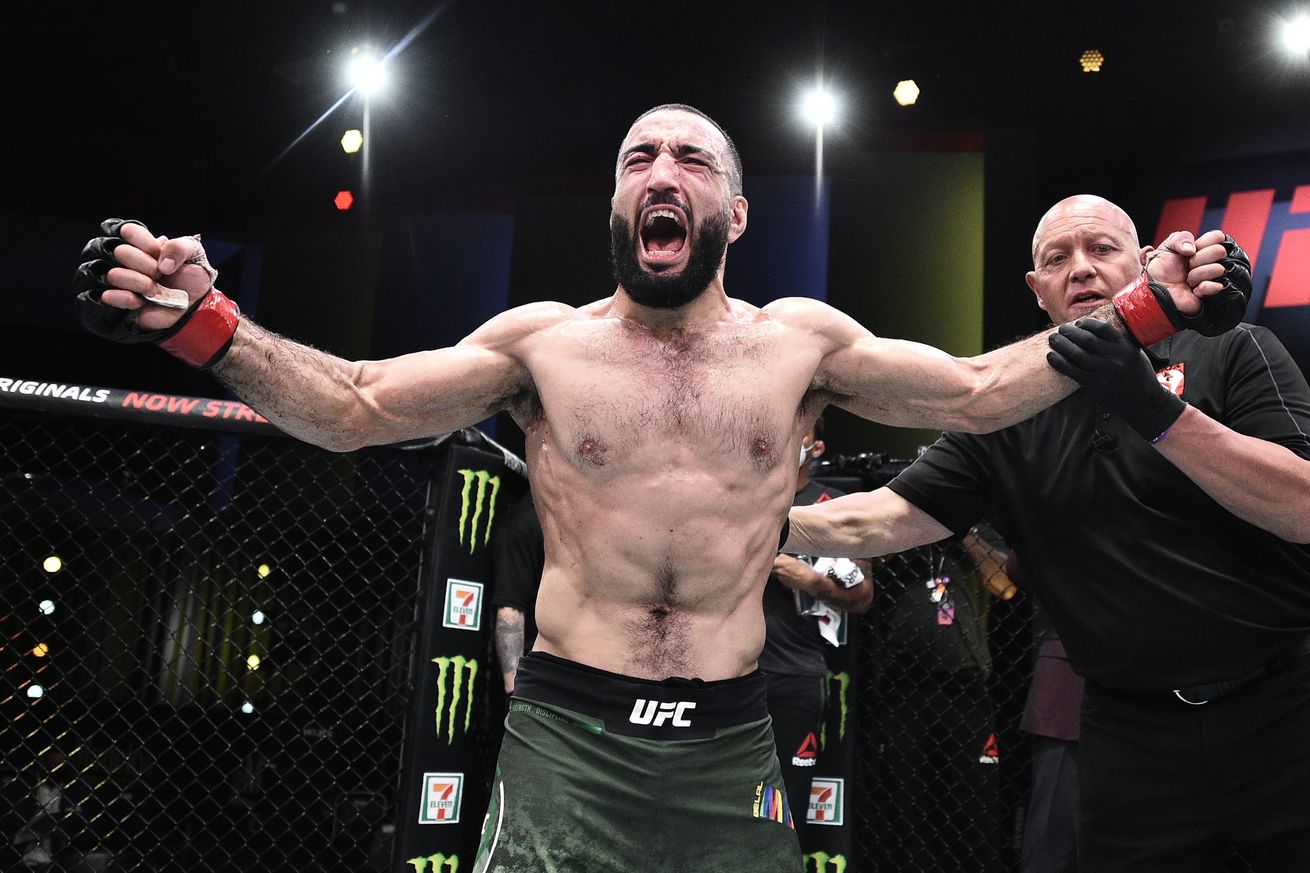 Muhammad returns to the Octagon this Saturday for a rematch against Vicente Luque, who is ranked above him at No. 5 in the division. A win over Luque would not only avenge the first and only knockout loss of his professional career, but also move him one step closer to a shot at reigning champion Kamaru Usman.

Should he get through Luque, Muhammad wants to stay active and has a few options for his next outing. Names like Khamzat Chimaev, Leon Edwards and Covington are all potential opponents, but Remember the Name doubts Chaos would entertain him since he avoids true contenders. The 33-year-old refers to his recent wins and desire to fight outside of the division, neither of which should award Covington with another shot at Usman.

Colby is not fighting any tough fighters, said Muhammad during the UFC Vegas 51 media day video provided by MMA Junkie . He s fighting Jorge Masvidal off of two losses. He s fighting Tyron Woodley off of like three losses. I think he s trying to pick and choose his way back to a title shot, calling out a 55er in Dustin Poirier, and then try to talk his way into another title shot.

He hasn t beat no top five, real legitimate guys that are coming off wins, continued Muhammad. For me, I m like I want to fight the best guys. I want to stay active, I want to stay in there. We don t know when Kamaru is coming back, so maybe there s an interim title fight on the line in the summer. That hand injury is a serious injury. If Leon needs an interim title opponent, I m there. We have history, we need that fight. Or, like I said, if I have to go through Khamzat, I m not afraid to go through any of these guys.

Though 0-2 against him, Covington continues to pursue a third fight with Usman. The Nigerian Nightmare is open to a trilogy, but only if his rival gets a few more wins over those in the upper echelon of the division like Muhammad and Luque. However, the MMA Masters product appears to have no interest in those fights, calling for the aforementioned Poirier and middleweight champion Israel Adesanya instead.

Muhammad says this is likely because Covington sees himself as one of the needle movers in the promotion like Nate Diaz and Conor McGregor, so he can choose who he wants to fight.

I think he s one of those guys who thinks that he s owed something, said Muhammad. He thinks he s a pay-per-view star, Oh, I m on the level of a Nate Diaz and or a McGregor where I can pick and choose who I want. I think he s gonna be one of those that sits out for a year or something like that, keeping playing the injury game. Now that his tooth is chipped, he s probably gonna be out for a couple years until they give him a real 55er to fight.