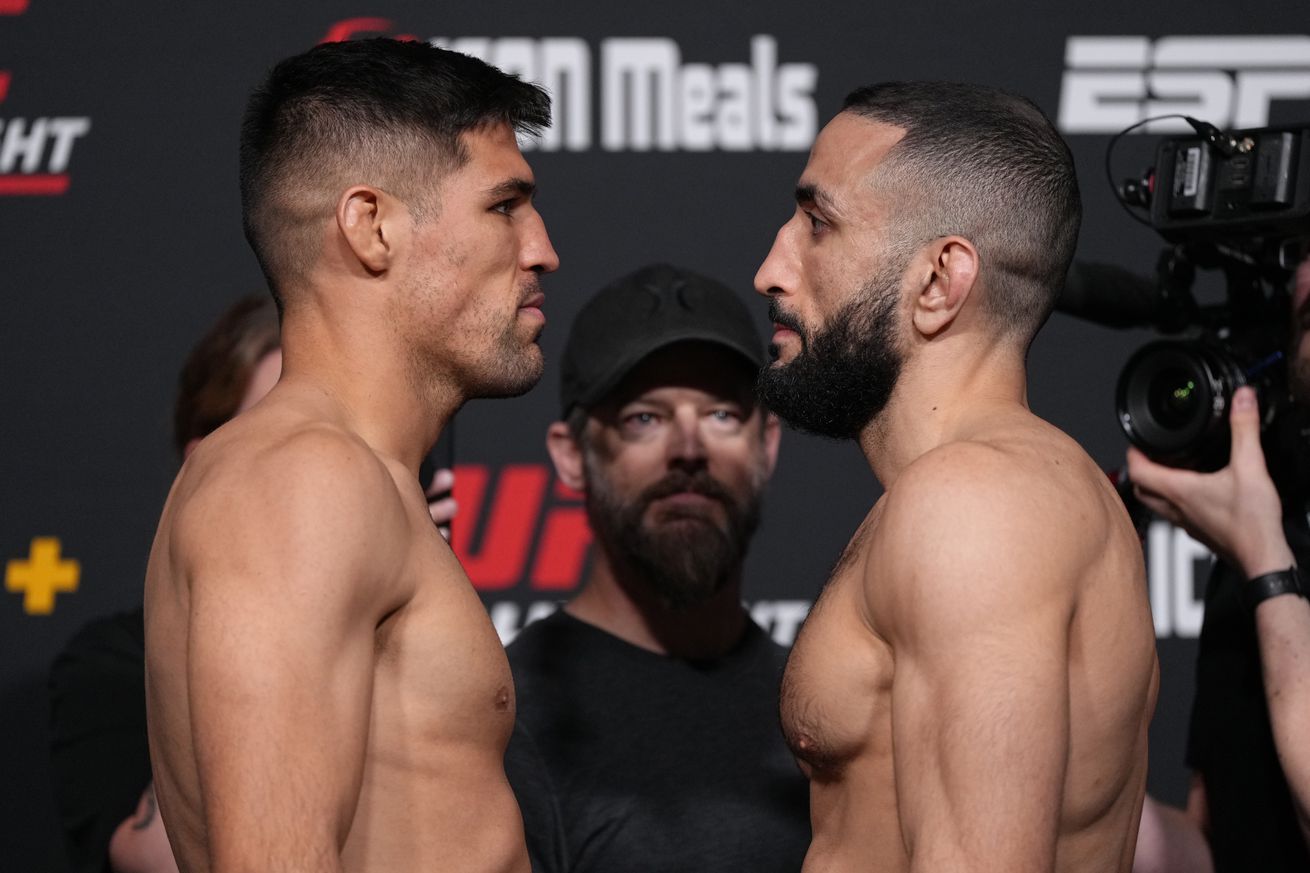 Get the Full StoryVicente Luque and Belal Muhammad face off during the UFC weigh-in at UFC APEX on April 15, 2022 in Las Vegas, Nevada. Photo by Jeff Bottari Zuffa LLC

Join us here at Bloody Elbow for live results and discussion as UFC Vegas 51: Luque vs. Muhammad 2 goes down from the promotion s APEX facility in Las Vegas, Nevada.

The main event for this fight night is a welterweight rematch between Vicente Luque and Belal Muhammad. These two fought at UFC 205 in 2016, with Luque winning by first round knockout. Neither of them was ranked at the time and now both are in the top-10. Co-main action sees Caio Borralho take on Gadzhi Omargadzhiev in a battle of Contender Series signings.