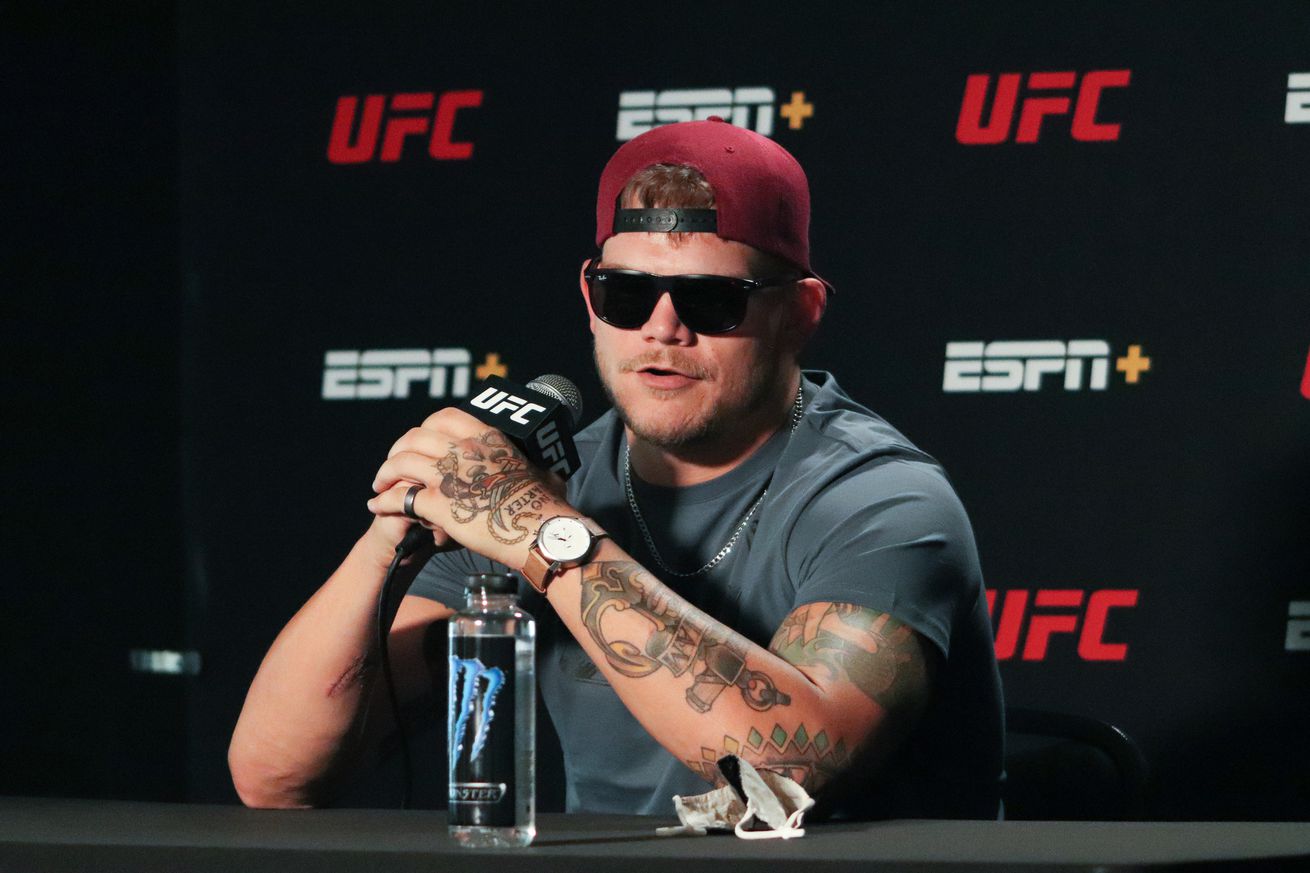 Get the Full StoryHeavyweight Chase Sherman talks to the media ahead of UFC Vegas 34 last August. Photo by Diego Ribas PxImages Icon Sportswire via Getty Images

Just a few days after his UFC release, heavyweight Chase Sherman is back in the roster, and according to him, along with a doubled salary. A week ago, heavyweight fighter Chase Sherman was released from the UFC roster for the second time. The 32-year-old Vanilla Gorilla was staring at three straight losses, most recently against Jake Collier in January.

Then things took an unexpected turn for him this week. After Tanner Boser was forced off his scheduled UFC Vegas 52 fight against Aleksandr Romanov due to injury, Sherman was then tapped as the replacement on four days notice.

Sherman spoke to BJPenn.com on Wednesday to give his side of the story on these recent developments. Not only was he re-signed to a new four-fight deal, but according to him, it also came with better monetary compensation.

It was crazy. Mick Maynard didn t want to officially release me as he thought he could still use me and liked me and my style, Sherman explained. But, he didn t know when I would be going to fight again, so after a few months, I told my manager that I needed to fight soon for financial reasons, obviously.

He messaged Mick and he said he was booked up for a while so my manager got my release and the plan was to get a couple of fights outside the UFC, make some cash, and get re-signed again.

The plan was to go back to BKFC but four days later, I got a message from my manager who said the UFC re-signed me and they want me to fight in four days, he added. They re-signed me to a four-fight deal and they doubled my pay, so I was like okay I can t turn that down.

To be honest, I don t know if I would ve taken this had it been for the same pay. I m not taking a fight on four days notice against a guy who s undefeated on what I was making.

Sherman admits that he didn t have time to properly prepare and be in shape for the undefeated Romanov, but he s not ruling out the possibility of a decisive win.

Absolutely, I m not in fight shape, he said. I ve been training but I ve not been training for a fight, rather just more technique. I already know what I signed up for and I ve accepted it. Just go in there and have some fun because there is no pressure, it s all reward.

My manager and Mick are close and they said I get at least one more regardless of this result. But, I m still going out there to win this fight, like if I catch him and KO him, I shock the world. It s not out of the possibility that I catch him.

UFC Vegas 52 happens this weekend at the APEX in Las Vegas. Headlining the event is a strawweight fight between Amanda Lemos and former champion Jessica Andrade.