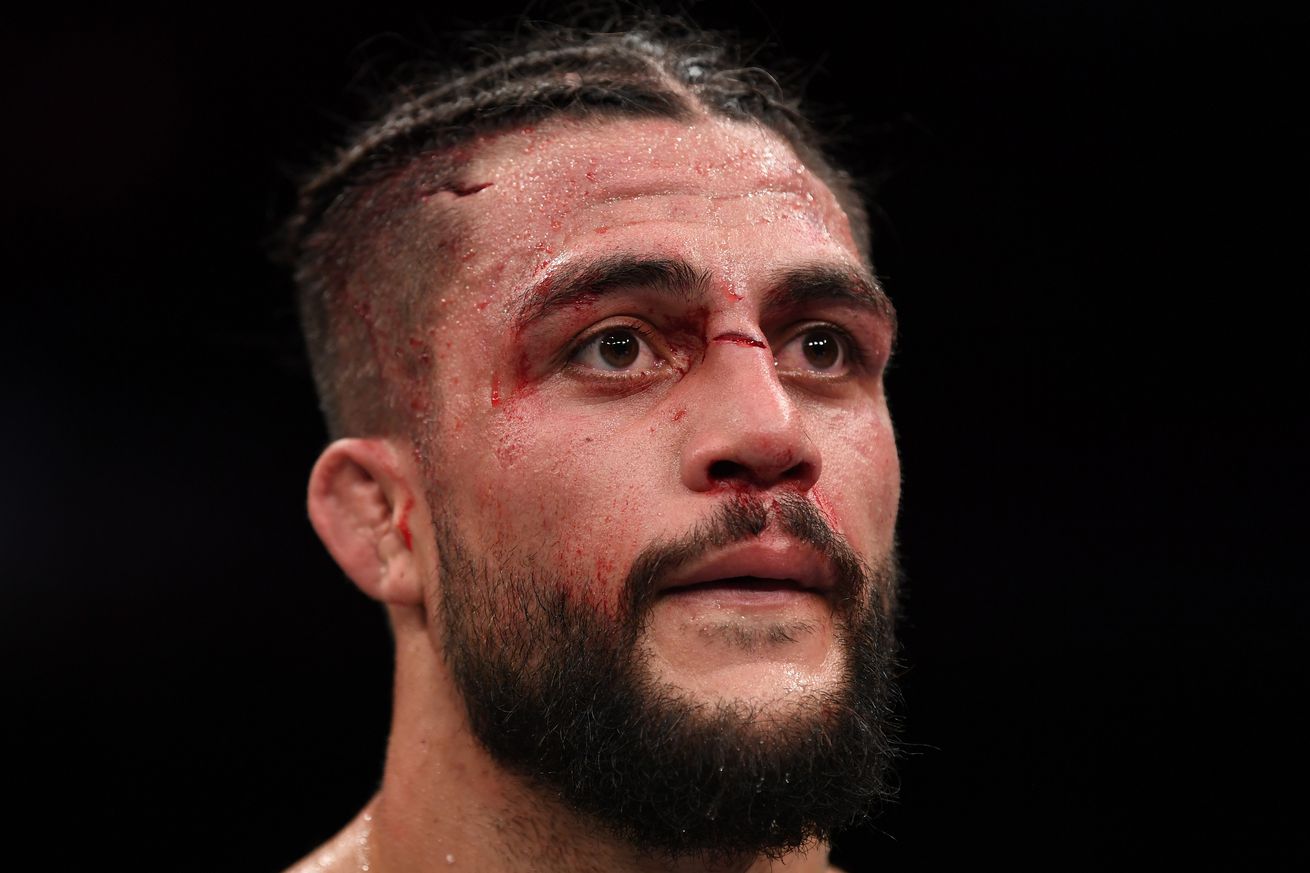 Tyson Pedro looks to get back in the light heavyweight mix at UFC Vegas 52. It s been over three years since Tyson Pedro last fought. The Australian light-heavyweight competitor makes his return to the octagon on Saturday when he faces Ike Villanueva on the prelims of UFC Vegas 52.

Pedro entered the UFC in 2016 with a 4-0 record. Pedro won each of those bouts via stoppage and none of the four contests lasted longer than 3:05. The UFC matchmakers booked Pedro against Khalil Rountree Jr. for his promotional debut. Pedro won that contest and claimed a Performance of the Night bonus with a first-round submission. He followed that with a first-round TKO of Paul Craig. The two stoppage wins were enough to launch Pedro into the official UFC light heavyweight rankings at No. 13.

Things went sideways for Pedro after the Craig fight. He lost a September 2017 decision to Ilir Latifi before submitting Saparbek Safarov in his first of three fights in 2018. Pedro ended that year with back-to-back losses to Ovince Saint Preux submission and Mauricio Rua TKO . Despite his 1-3 run, Pedro kept his top-15 ranking until the Rua loss.

Pedro tore his ACL during the Rua fight, which served as the co-main event of UFC Fight Night 142. He underwent surgery for that injury in early 2019 and spent most of that year rehabbing. When Pedro was ready to return to action, the UFC booked him opposite Vinicius Moreira in February 2020. While working with City Kickboxing to train for that contest, Pedro tore his meniscus.

Another surgery and more rehab followed. While working out at home after his second surgical procedure, Pedro re-injured his meniscus. During his consult with the surgeon, Pedro was told, you need to redo the whole ACL and we ll have to cut out the meniscus.

Pedro told ESPN the surgeries, recovery and time away from the sport were difficult.

Some parts of the recovery were challenging , some of them I said f--- this, I m out , Pedro said. But definitely when I stuck to my routines, like when I did the 75 Hard Challenge, I was fine. I had to be training, as soon as I stopped training it all started going downhill. It didn t matter what kind of training; if I went and did one little bit of upper body training, I was fine. So training was always an important thing for me, but I also started working on my mind and reading a lot of psychology books for fighting.

While preparing for his return bout, Pedro helped his brother-in-law, UFC heavyweight Tai Tuivasa, train for his win over Derrick Lewis. He also worked with Eugene Bareman at City Kickboxing and UFC featherweight champion Alexander Volkanovski and his team at Freestyle Fighting Gym. Outside the gym, Pedro enlisted the help of David Niethe. who serves as the mental performance coach of UFC middleweight champion Israel Adesanya.

Pedro is one of the biggest favorites on the UFC Vegas 52 fight card. The UFC s 205-pound division is not particularly stacked and the official rankings are populated with a few fighters who are on losing skids and have not tasted victory since 2019 or 2020. With that, it s not out of line to imagine a scenario where the 30-year-old Pedro enters the light heavyweight rankings with a dominant win against Villanueva, who is on a two-fight losing skid and is 1-4 overall, with four TKO losses, in the UFC.