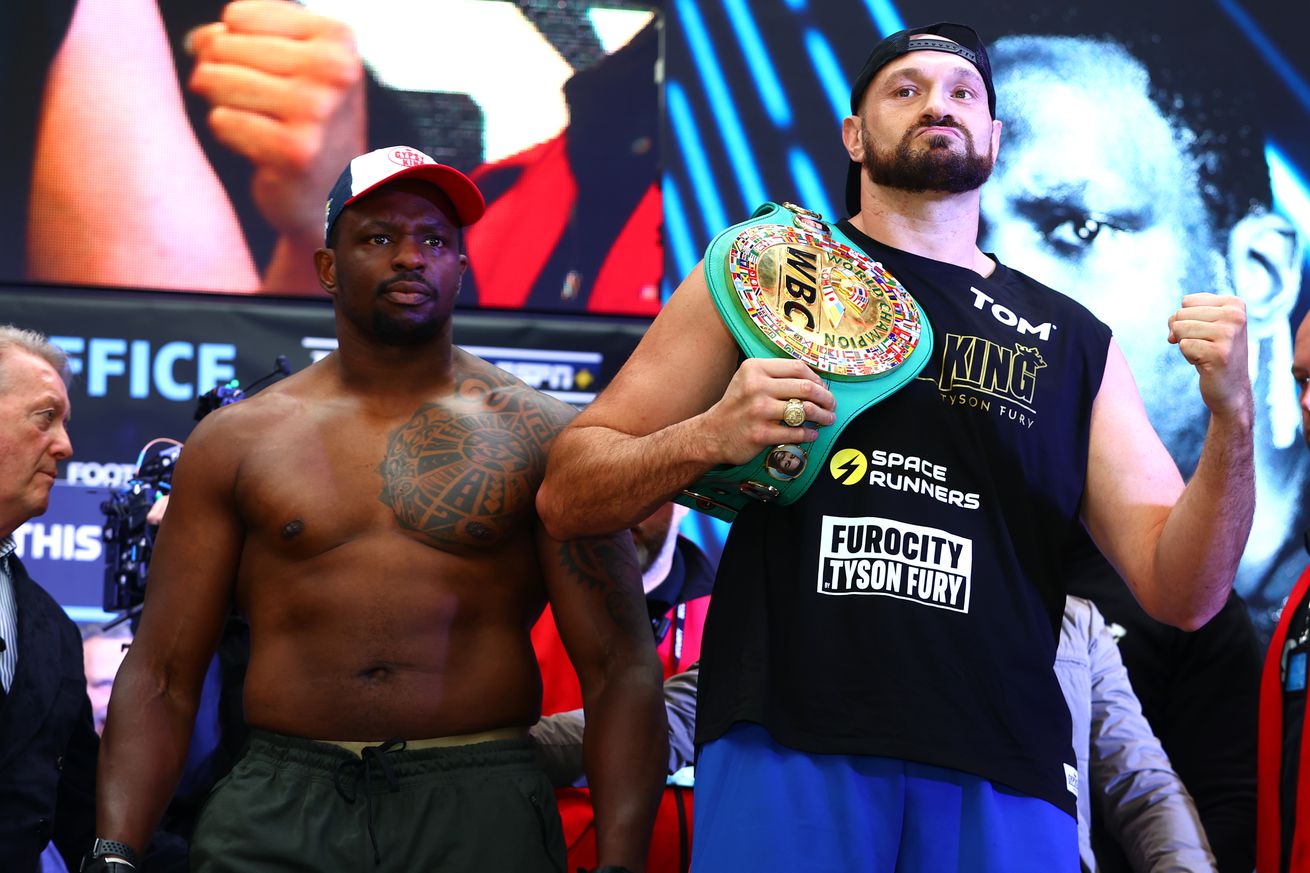 Get the Full StoryDillian Whyte L and Tyson Fury R pose during the weigh in prior to their WBC heavyweight championship fight at BOXPARK on April 22, 2022 in London, England. Photo by Mikey Williams Top Rank Inc via Getty Images

Everything you need to know about ordering and watching the Tyson Fury vs. Dillian Whyte pay-per-view. It s fight day at Wembley!

Last week, the famous soccer stadium played host to the FA Cup semifinals. Today Apr. 23 , Wembley is home to heavyweight championship boxing in an all-British dust-up. Tyson Fury 31-0-1, 22 KOs is back in England after twice defeating Deontay Wilder in Las Vegas to win and defend his WBC heavyweight title, and his opponent is mandatory challenger Dillian Whyte 28-2, 19 KOs , who s getting the first title shot of his career.

Fury substantially raised his profile with his rivalry with Wilder, which he took 2-0-1 and won both fights by knockout while surviving four knockdowns along the way. The Gypsy King has indicated that today is the end of his career, which has had its ups and downs and controversies that persist even now, but has no doubt been a successful one overall. Fury says a lot of things so perhaps he ll change his mind. As for Whyte, he s been among the top heavyweights in the division for years, with his only losses coming against Anthony Joshua and Alexander Povetkin. He avenged the shock Povetkin loss with a TKO win in their 2021 rematch, and this is his golden opportunity to shock the world and finally become a world champion.

Here are the details you need on today s card, including bout order, start time, live stream, and more.

Tyson Fury is a -550 favorite to Dillian Whyte 400 according to DraftKings Sportsbook.

Unlike other ESPN PPVs e.g. UFC shows , if you have cable satellite television then you can order this event through your local provider.

Broadcast info for around the world via Wikipedia