Bob Arum says Tyson Fury vs. Francis Ngannou should be easy to make 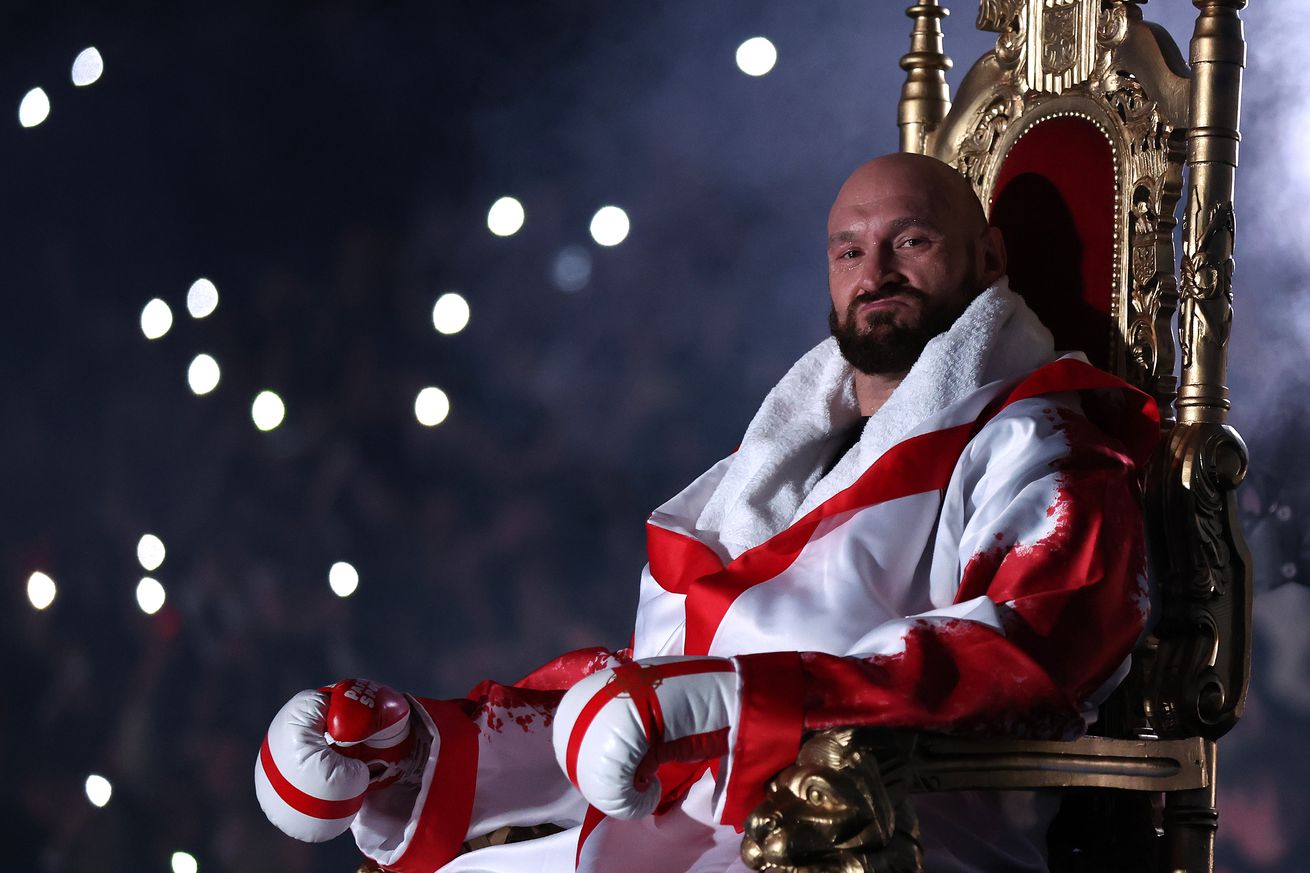 Get the Full StoryTyson Fury sits on a throne before he takes on Dillian Whyte at Wembley Stadium in London, England. Photo by Julian Finney Getty Images

Obviously, it d be a massive fight, and it should be easy to make. Boxing promoter Bob Arum says there s no way Tyson Fury will retire following his stunning sixth-round KO of Dillian Whyte at Wembley Stadium on Saturday and that a hybrid fight with Francis Ngannou is inevitable.

Fury, who extended his unbeaten record to 32-0-1, invited Ngannou, the reigning UFC heavyweight champion, into the ring following the fight.

I m going to find out who is the baddest man on the planet. It s going to be a hybrid fight. MMA gloves, in the ring. Something different, Ngannou responded.

Arum spoke to Fury on the phone and said the two will have plenty to talk about when The Gypsy King returns to Las Vegas in the next couple of weeks.

We ll have plenty of time to talk everything out, Arum, 90, said. I don t know what Ngannou s contract situation with the UFC is. Obviously, it d be a massive fight, and it should be easy to make.

UFC president Dana White was previously dismissive of the matchup but he may have changed his mind after seeing both Fury and Ngannou share the boxing ring on Saturday.

Ngannou is still embroiled in a public contract dispute with the UFC but he is expected to re-sign with the organization later this year.