How You Handle Rejection, Based on Your Zodiac Sign 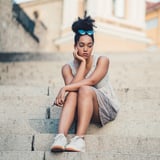 Get the Full StoryThere's a lot that can be said about astrology signs. Not only can they reveal your key personality traits and suggest who you're most compatible with, but they can also be used to inform other important decisions in your life - like, say, what sex position you should try next. As a tried and true Aries, I can personally give the "rockin' rollercoaster" sex position a 10 10 rating.

But while astrology signs can be used for fun things, they can also be used to determine, well, not-so-fun things - like how you would handle rejection, for example. And when I say how you handle rejection, I'm talking about all different types of it: romantic rejection, job-related rejection, being-outbid-on-your-dream-house rejection - you name it.

Do you accept the L and move on? Do you passively or passive aggressively sign your rejector up for cat facts? Do you key someone's Toyota Camry? Your astrology sign reveals it all.

Sure, these answers may not be based on any definitive truths, and they're totally up for interpretation. But let's be real: we all need a reason to make fun of ourselves from time to time. So for your enjoyment, here's how you would handle hearing the word "no" or experiencing any other sort of rejection , according to actual astrology experts.

What Taurus Season Has in Store For Each Zodiac Sign

Ah, Aries. The first fire sign in the zodiac. Known to get bored very easily, it's likely you might pretend like you don't give AF to minimize the feeling of rejection, says archetypal astrologer Rebecca Farrar. What this could potentially look like? Putting all your time, energy, and effort into nailing that revenge body look in the gym - or just using the treadmill as a way to get out of your head and push back the feelings of rejection all together.

Because Taurus is the Venus-ruled fixed earth sign associated with values and sensuality, it's likely Bulls are going to "lean heavily into the sensuality hedonistic side of the rejection," says astrologer Lars Mellis, a board member on the National Council for Geocosmic Research, one of the largest international astrology associations. This means you may allow yourself to finally splurge on that Dyson Airwrap in an effort to find comfort in luxury and really pretty hair curls .

While Gemini have a reputation for their uncanny ability to compartmentalize, it's possible you might pretend the rejection didn't happen at all, says Farrar. "Geminis may be so off in the clouds in dissociation that they forget the conversation or event ever even happened." Your mentality: the less you think about it, the less impact it will have on you.

Cancers are known for feeling all the feels. After all, you are a sensitive water sign. So, because Cancers cling to security, you may try to take care of the person who did the rejecting in the first place, even if it is entirely inappropriate, says Farrar. This could look like asking your boss - who just informed you you're ineligible for a promotion, despite having worked in your role for five years already - if they need a coffee refill.

"Oh, you're breaking up with me? Thank goodness, I was just about to break up with you," said a Leo at some point in their life. In an attempt to save your pride and ego, you're probably going to play the Reverse Uno card to maintain power and do the rejecting yourself. Meanwhile, astrologer Clarisse Monahan confirms that Leos can take rejection hard, as "being rejected is something that is almost unfathomable for them."

Known to be the control-obsessed sign of the zodiac, Virgos can expect to get right back into a very rigid routine and schedule. "This Earth sign focuses on day-to-day routines to maintain a sense of control, and they may end up reorganizing their entire office or home to get it back," says Farrar. It's likely you'll set your alarm clock for 5 a.m. to get started on daily tasks and chores for some extra fun stability. Maybe you'll even rearrange your living room for some "new healthy energy," too.

Any sort of rejection may come as a shock to the sense of peace that Libras thrive on, says Farrar. And because the Libra sign is similar to Taurus in that they're ruled by Venus , you may respond by posting some extra pretty photos of yourself on Instagram for some external validation. Everyone needs a thirst trap moment.

Your weird flex in life is having an amazing poker face, so you won't let people see or know how you're feeling unless you want them to. It's likely you'll handle rejection with a quiet exit, but plot out an equally deserved revenge plan for weeks on weeks later. According to astrologer Sasha Zimnitsky, you could tell a Scorpio that their favorite color is stupid and they will hold it against you until the day they die.

Despite being the Golden retriever of the Zodiac sign fun, loving, happy, adventurous , Archers also have a dark side - and maybe even a temper, says Zimnitsky. When faced with rejection, you'll talk first, think later, and send an apology text two hours after the fact. "Rejection is one of those trigger points," Zimnitsky adds, so if you're the one rejecting a Sag, "expect to be told off or have them argue with you about why you're wrong to reject them."

When it comes to rejection, Capricorn is the most mature sign - and when Sea Goats are rejected, they simply begin to work harder, says Emily Newman, a spiritual healer and counselor at the Best of Psychic Readings. "Capricorns will give their whole attention to achieving success and demonstrate that rejecting them was the incorrect choice." All that to say, you'll probably dream up a new business adventure or maybe even Tweet an infographic that says something like "work hard, play hard." You'll use rejection as a motivation for more success.

A common adjective used to describe the Aquarius personality is aloof. "Being a Fixed Air sign, Aquarius will usually come up with their own narrative," says Monahan. You'll either not understand when you're being rejected, or text that person a few days later asking to hang out like it's NBD.

As the most sensitive sign, it's only fitting that Pisces would react to rejection with lots, and lots, and lots of tears. After all, you are a deeply emotional water sign. Your Friday night plans after being rejected? Watching "The Notebook" and getting extra-sensitive boxes of Kleenex delivered.

Your April 2022 Horoscope Foretells a Date With Destiny