Is Avatar: The Way of Water a 3D movie? 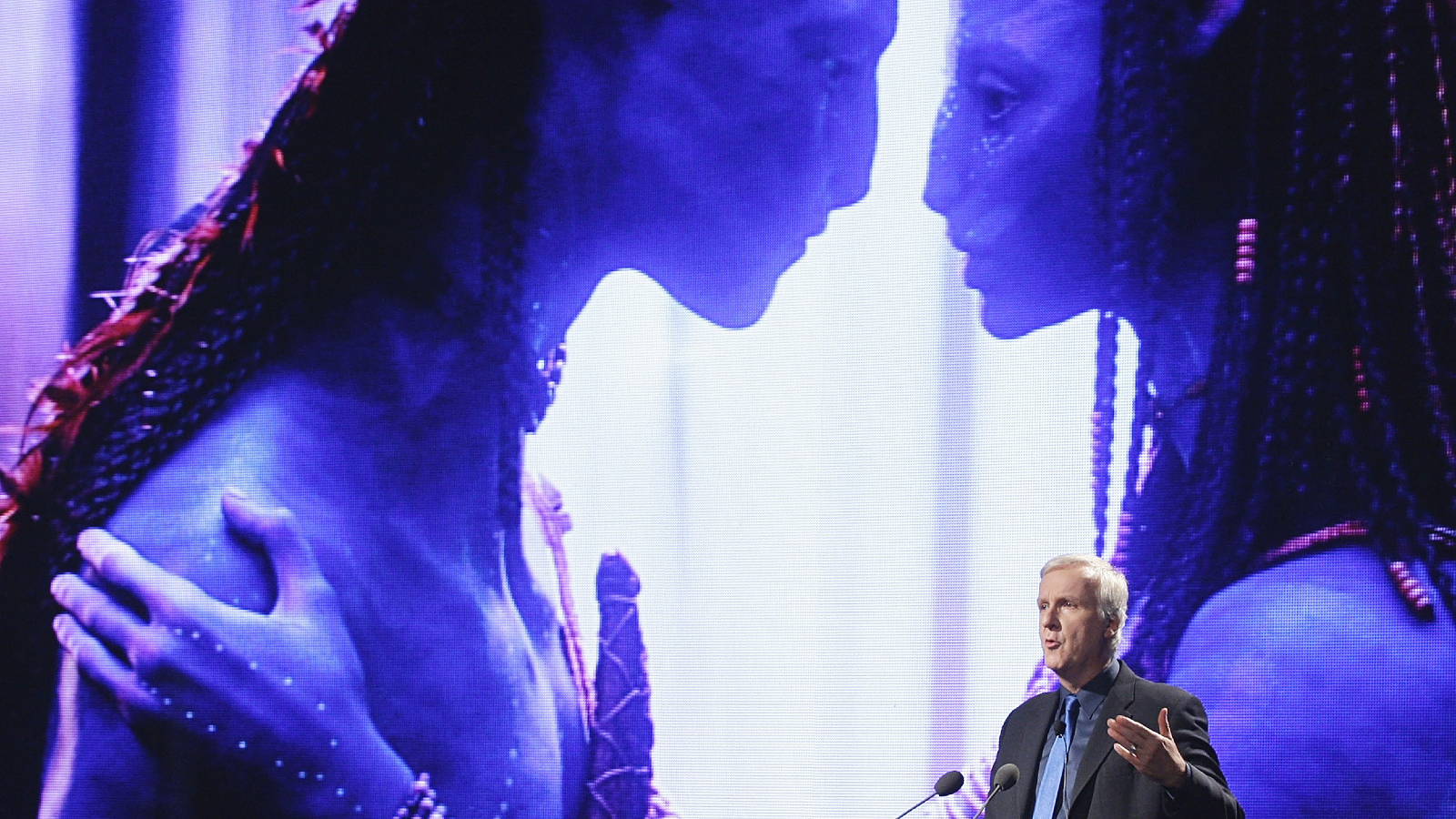 Get the Full StoryThe new, blue, and beautiful Avatar: The Way of Water is shaping up to be as breathtaking and groundbreaking as its predecessor.

Shooting large swaths of the film underwater and creating equipment specific to the Avatar sequel has led to fans and those involved in the film alike to stare in awe at the first footage from the film, which debuted at CinemaCon in Las Vegas on Wednesday.

JUST IN: Avatar 2 is called Avatar: The Way of Water. The first footage was STUNNING. The footage we just watched will play only in theaters with #DoctorStrange next week. A week later it will be online.#CinemaCon pic.twitter.com ytDy6tnvrz Erik Davis ErikDavis April 27, 2022

"I was speechless I was moved to tears."Zoe Saldana saw 20-minutes of AVATAR 2. Love this answer about James Cameron. The underwater performance-capture technology should be incredible. #TheAdamProject #Avatar2 pic.twitter.com u79EOEsQHQ Kevin McCarthy KevinMcCarthyTV March 11, 2022

The movie, loosely referred to as Avatar 2, will come to the big screen in numerous different formats, including 3D, and it was shot in 3D. This much became abundantly clear, as those in attendance were treated to the trailer were sporting 3D specs to watch the unveiling.

Straight from the boundary-pushing director himself, James Cameron had this to say at the premiere of the first teaser trailer for the movie:

We re pushing limits even farther with high frame rate, higher resolution 3D and greater reality in our visual effects, Cameron told the audience via streaming video from Wellington, NZ, via Deadline. I wanted our return to Pandora to be something really special. Every shot is designed for the biggest screen, highest resolution and most immersive 3D available. I think we pulled it off.

Of course, Cameron s vision is for audiences to be able to watch 3D without needing 3D glasses, saying as reported by the Independent, I m still very bullish on 3D, but we need brighter projection, and ultimately I think it can happen with no glasses. We ll get there.

Avatar: The Way of Water will be released on Dec. 16 stateside, and two days earlier, Dec. 14, overseas. Along with 3D release, it will also be shown in 2D, 4K, and high frame rate screenings, with more versions of it than any other in the history of movies, said John Fithian, president and CEO of the National Association of Theatre Owners, according to The Hollywood Reporter.

We are talking about high resolution, high frame rates, 3D, Imax, PLF, different sound systems and in 160 different languages, Fithian said. How was Cameron able to get such amazing film quality while shooting underwater?

First of all, there was the construction of a 900,000-gallon tank that was designed and built specifically for the Avatar sequel, a process detailed in an interview with Entertainment Weekly. It s not so easy to act underwater, though, and the cast underwent strenuous training to be able to hold their breath underwater for long periods of time, including scuba certification and professional diving training.

The cast couldn t use equipment underwater, though, and needed to be able to act and move freely in the gigantic tank. It was reported that Sigourney Weaver made it to six and a half minutes underwater, while Kate Winslet topped that and somehow held her breath for seven and a half minutes.

From Kate Winslet's recent interview in THR: I had to learn how to free-dive to play that role in Avatar, and that was just incredible. My longest breath hold was seven minutes and 14 seconds, like crazy, crazy stuff. pic.twitter.com ZYAmZdNgHS Avatar officialavatar October 26, 2020

Cameron used what was, at the time, a brand new Sony Venice full-frame camera system to shoot both Avatar 2 and Avatar 3. The Venice camera delivers the most astonishing image I ve ever seen, Cameron said. You get incredible dynamic range, you get perfect color. I mean, this is a stunning, crystalline, clear image.

Avatar producer Jon Landau said they worked with Sony to create a camera system suited to Cameron s vision, inventing something never seen before. When people go to Pandora, we want to transport them to a world far away. We need a camera that will leave up to the beauty of Pandora and the image it creates, Landau said. They heard what Jim wanted in a camera system, and they were willing to take their state-of-the-art Venice camera and conform it to Jim s needs.

The filming also utilized Alpha mirrorless interchangeable lens camera, according to ymcinema.com, such as the PXW-Z450, PXW-X320, and RX0. Shooting underwater with precision and quality while being able to make those submersed images gain another level of sharpness was another project altogether. Capturing facial expressions, micro-movements, and subtle reactions took a process apart from the filming itself.

After working with his team to engineer an accurate way to record the cast underwater, according to Entertainment Weekly, Cameron then sent footage to be animated by artists at Weta Digital, an Oscar-winning visual-effects company. My colleagues within the production really lobbied heavily for us to do it dry for wet, hanging people on wires, Cameron told EW. I said, It s not going to work. It s not going to look real. I even let them run a test, where we captured dry for wet, and then we captured in water, a crude level of our in-water capture. And it wasn t even close.

This intricate and precise process took more than a year, adding to the production time to get it just right, Cameron detailed in an interview with Collider.

Well, we re doing it. It s never been done before and it s very tricky because our motion capture system, like most motion capture systems, is what they call optical base, meaning that it uses markers that are photographed with hundreds of cameras. The problem with water is not the underwater part, but the interface between the air and the water, which forms a moving mirror. That moving mirror reflects all the dots and markers, and it creates a bunch of false markers. It s a little bit like a fighter plane dumping a bunch of chaff to confuse the radar system of a missile. It creates thousands of false targets, so we ve had to figure out how to get around that problem, which we did. Basically, whenever you add water to any problem, it just gets ten times harder. So, we ve thrown a lot of horsepower, innovation, imagination and new technology at the problem, and it s taken us about a year and a half now to work out how we re going to do it.

Those outside of the trailer screening at CinemaCon will have to wait to see it for themselves when it runs exclusively with the upcoming Doctor Strange in the Multiverse of Madness, which hits theaters on May 6.

Those coming for the trailer will likely stick around to actually watch Doctor Strange 2, much unlike those who went a long, long time ago to see the trailer for Star Wars Episode I air before the movie Meet Joe Black, which plenty of people did not stick around for.

In addition, the original Avatar will be re-released on Sept. 23 with remastered audio and sound.