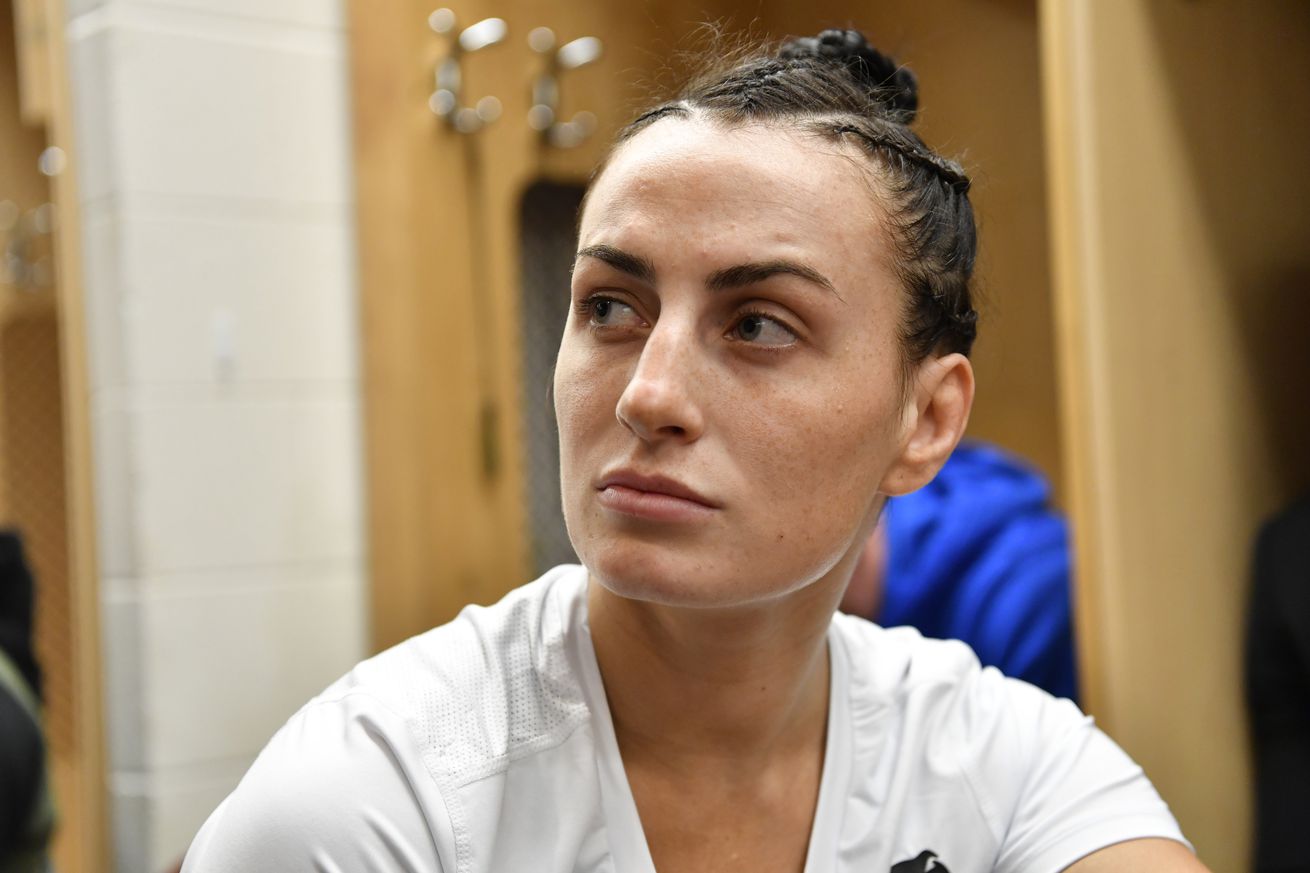 Get the Full StoryCasey O Neill ahead of UFC 271. Photo by Mike Roach Zuffa LLC

O Neill was expected to fight Jessica Eye at UFC 276 in the summer. Casey O Neill is going to be out of action for quite some time.

O Neill announced on Thursday that she had been forced to withdraw from her fight against Jessica Eye at UFC 276 after suffering a fully torn ACL in training.

Unfortunately I have to announce that I need to withdraw from my upcoming fight on July 2 due to snapping my ACL last week in training, wrote O Neill on Instagram. I ve spent the past 7 days trying to continue on but it s just not possible on a fully torn ACL. I will have surgery, recover and be back better than ever before you know it. I m so sad that I don t get to perform for you guys, I m so sad that I don t get to fight but I am excited to get healthy and rebuild. Thank you to the UFC , Dana White , Mick Maynard , Heather Linden , Dr. Tera Giroux and the UFC Performance Institute for always taking care of me.

I am 24 years old and young in this game, continued O Neill. I promise you I will be back better than before and the King is still coming for her crown. Love you guys, thank you for the support.

Undefeated as a professional, O Neill joined the UFC over a year ago. The 24-year-old made her presence felt with finishes of Shana Dobson, Lara Proc pio and Antonina Shevchenko in three appearances. King followed those performances up with a split decision win over Roxanne Modafferi at UFC 271 earlier this year. Her next fight would have been against Eye, but that is canceled in light of her injury.

Hours after her withdrawal was announced, Eye has already received a replacement for O Neill and will still fight at UFC 276. Cole Shelton of BJPenn.com reported that Eye will meet Maycee Barber, who was just seen last weekend.

Eye will look to snap a three-fight losing streak. Evil recently dropped decisions to Cynthia Calvillo, Joanne Wood and Jennifer Maia and has not fought since UFC 264 this past July. Illness and injury has kept her out of the Octagon since then, but she now has her return date set.

Barber has rebounded from consecutive losses to the aforementioned Modafferi and Alexa Grasso. The Future earned decisions over Miranda Maverick and Montana De La Rosa at UFC Vegas 32 and UFC Vegas 52, respectively.

UFC 276 takes place on July 6 at the T-Mobile Arena in Las Vegas. The pay-per-view event serves as the culmination of International Fight Week.