Sean O Malley vs. Pedro Munhoz in the works for UFC 276 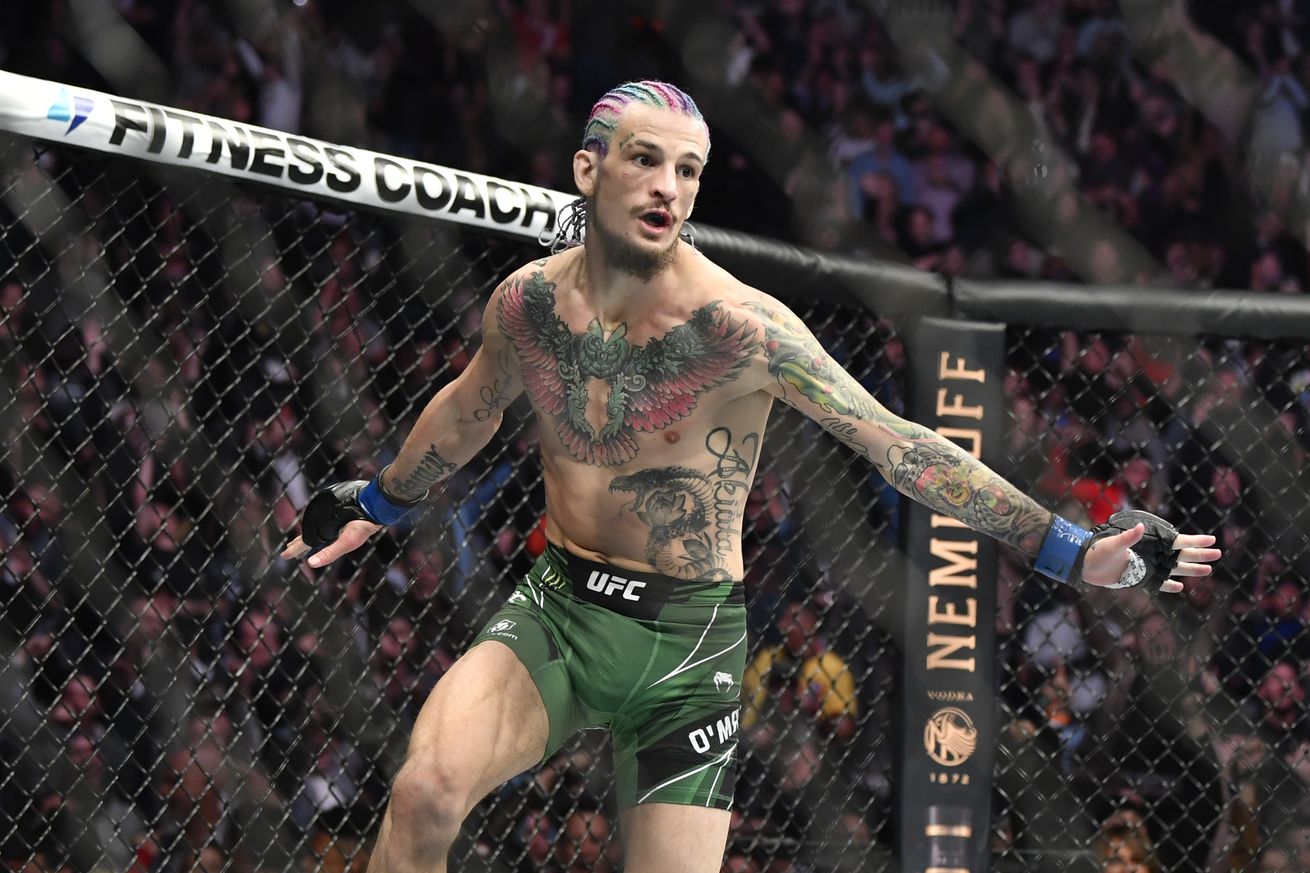 It would be a big step up in competition for O Malley. A big bantamweight fight is in the works for the UFC s summer showcase pay-per-view.

ESPN s Brett Okamoto reports that rising contender Sean O Malley and veteran top-15 mainstay Pedro Munhoz are lined up for a July 2nd showdown at UFC 276 in Las Vegas. Current rankings have O Malley at No. 13 and Munhoz at No. 10.

O Malley 15-1 has recovered nicely since his TKO loss to Marlon Vera. The Sugar show has produced three straight stoppage wins over Thomas Almeida, Kris Moutinho and most recently Raulian Paiva. O Malley burst onto the scene after his dominant win over Alfred Khashakyan on Dana White s Contender Series, and began his UFC career 4-0 before running into Vera.

Munhoz 19-7 may be on a 1-4 stretch over his past five, but the Brazilian has been taking on an absolute gauntlet of opponents. He dropped consecutive decisions to current champion Aljamain Sterling and Frankie Edgar, got back in the win column with a unanimous decision over Jimmie Rivera, then lost back-to-back against Jose Aldo and Dominick Cruz. Pedro s notable wins include knockouts of Cody Garbrandt and Bryan Caraway, as well as a submission of Rob Font.

No word on what UFC 276 s main event will be, but perhaps Israel Adesanya vs. Jared Cannonier is our answer.