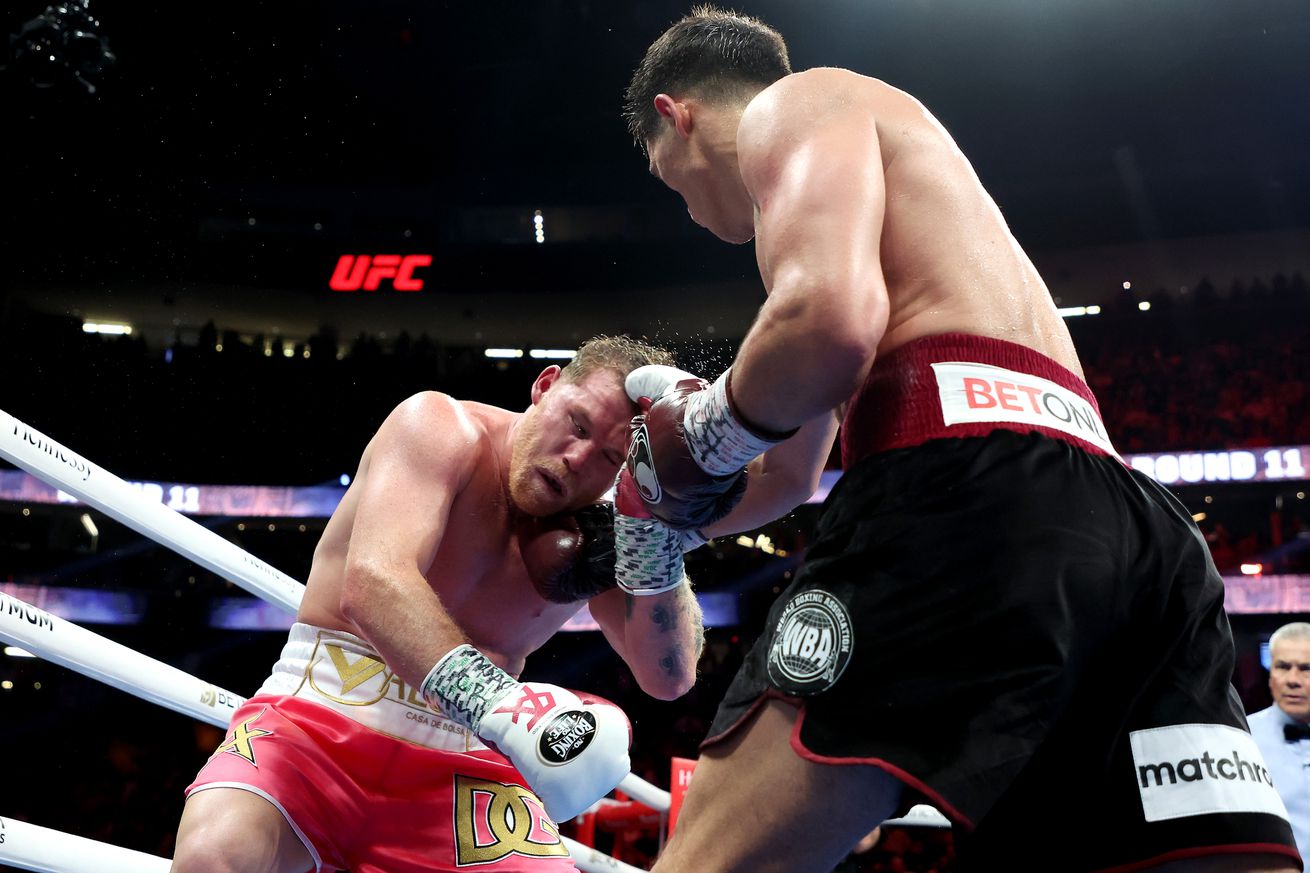 Canelo loses for only the second time in his career. Canelo Alvarez s 57-2-2, 39 KOs second foray into the light heavyweight division ended in his first defeat since 2013.

WBA light heavyweight champion Dmitry Bivol 20-0, 11 KOs put on a boxing clinic against the great Mexican superstar and won a unanimous decision 115-113, 115-113, 115-113 to deny Canelo another win at 175 lbs. Bivol put on by far the best defensive display against Canelo since Floyd Mayweather s win over Alvarez, and he also consistently outlanded the favored Alvarez throughout the contest.

Bivol made the most of his reach advantage with a punishing jab, went to the body on Alvarez and perhaps compromised his historically outstanding cardio, and the fast combinations from the Russian had Alvarez perplexed and frustrated. Canelo was expected to have the speed advantage coming in as the lighter man who s fought several weight classes below Bivol, but Bivol showed why he s arguably the best light heavyweight in the world and no worse than #2 behind Artur Beterbiev.

One of the plans for Alvarez was to take on Gennadiy Golovkin in a September trilogy if both men won their respective bouts. GGG held up his end of the bargain by stopping Ryota Murata, but it s Canelo who comes up short in a fight that proved too much even for him to handle. He was not accurate with his punches and too often found himself hitting Bivol s arms and gloves. Bivol has always been known as being difficult to hit cleanly but to do this against Canelo was an eye opener for the larger viewing public.

The pro-Canelo crowd at the T-Mobile Arena in Las Vegas was left stunned when the decision was read, as Alvarez s 16-fight unbeaten run comes to a close and Bivol remains unbeaten after the performance of a lifetime.

Alvarez said in the post-fight interview that he intends to exercise his rematch clause. We ll see what happens next but there was very little in that fight to suggest he d be able to win the rematch. Bivol was that good.