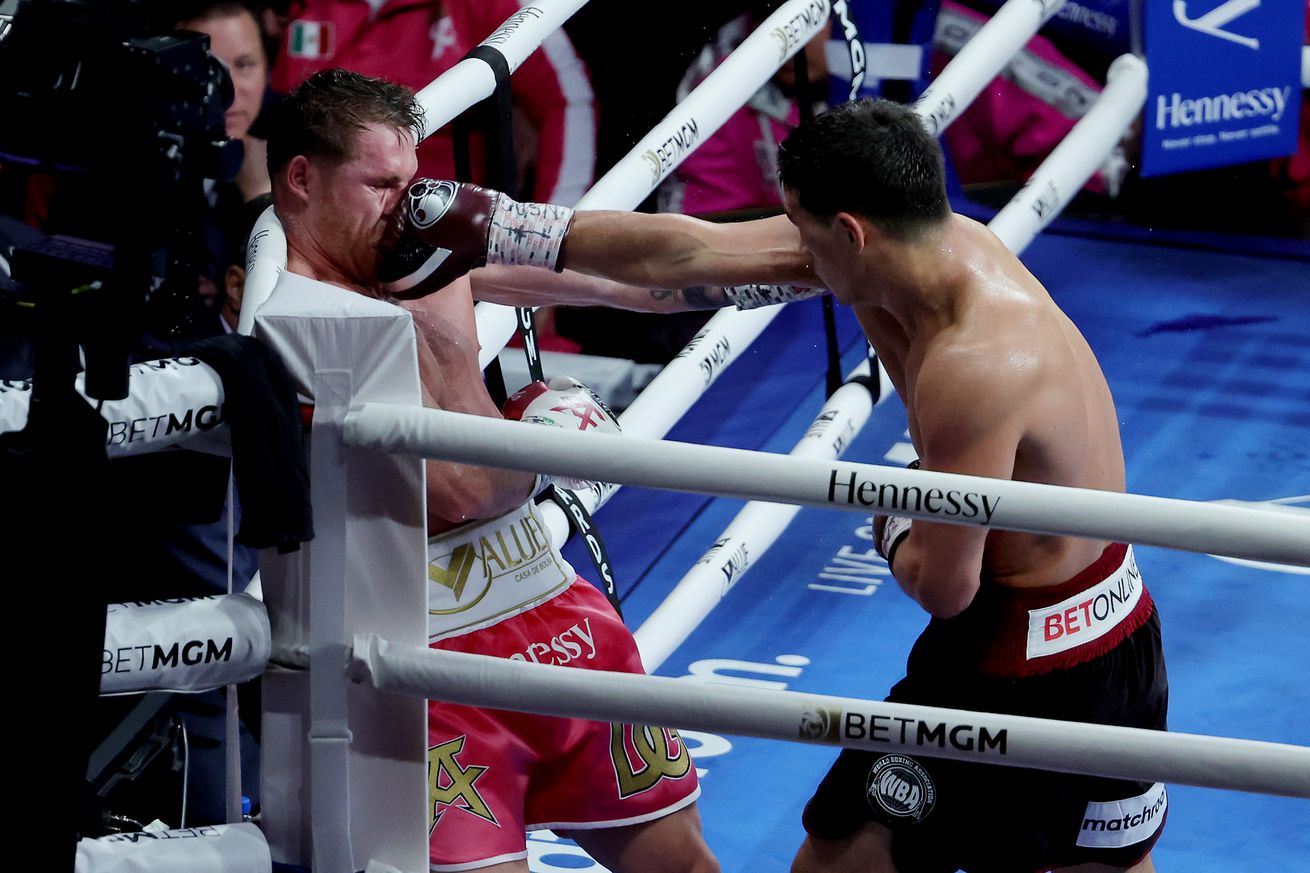 The fight wasn t that close. On the surface, Dmitry Bivol got a unanimous decision win over Canelo Alvarez to remain the WBA light heavyweight champion in the biggest win of his career. In reality, the judges did their jobs poorly and only came to the right conclusion by the barest of margins.

Both Bloody Elbow and Bad Left Hook scored the fight 117-111 in favor of Bivol, as did DAZN s unofficial ringside scorer Chris Mannix. The overwhelming consensus from fans and boxing media was a Bivol win in the 116-112 to 117-111 range. Judges Tim Cheatham, Dave Moretti, and Steve Weisfeld all saw it 115-113. That s too close for comfort in itself, but when you peel back the onion you ll find that Canelo inexplicably was up 40-36 on all of their scorecards, and Bivol had to win the 12th round to avoid a draw.

Now it should be noted that a draw would ve meant Bivol retaining his title anyway, but a draw would ve been robbery of the highest order and there is zero justification for the fight being this close. If Alvarez had hypothetically scored a 12th round knockdown even if it was the most flashy of flash knockdowns he d have managed to get his hand raised. Instead, Bivol won the final round so clearly that there was no way for the judges to rob him of a richly deserved win.

CompuBox numbers had Bivol almost doubling Alvarez in punches landed, and he outlanded Alvarez in every single round. There was nothing about the visuals of the fight or the statistics to suggest this should ve been 115-113.

We know that Canelo tends to get friendly judging in his favor based off his fights against Austin Trout, Erislandy Lara, the first Gennadiy Golovkin bout, and even the 114-114 draw in his loss to Floyd Mayweather, but this was quietly some very bad scoring that fortunately ended in the right outcome.

Well done to Dmitry Bivol, who pulled off the upset in the face of both a tremendous boxer and unacceptable judging.