Fights on Tap: Adesanya vs. Cannonier, Volkanovski vs. Holloway 3 among 19 UFC bouts announced 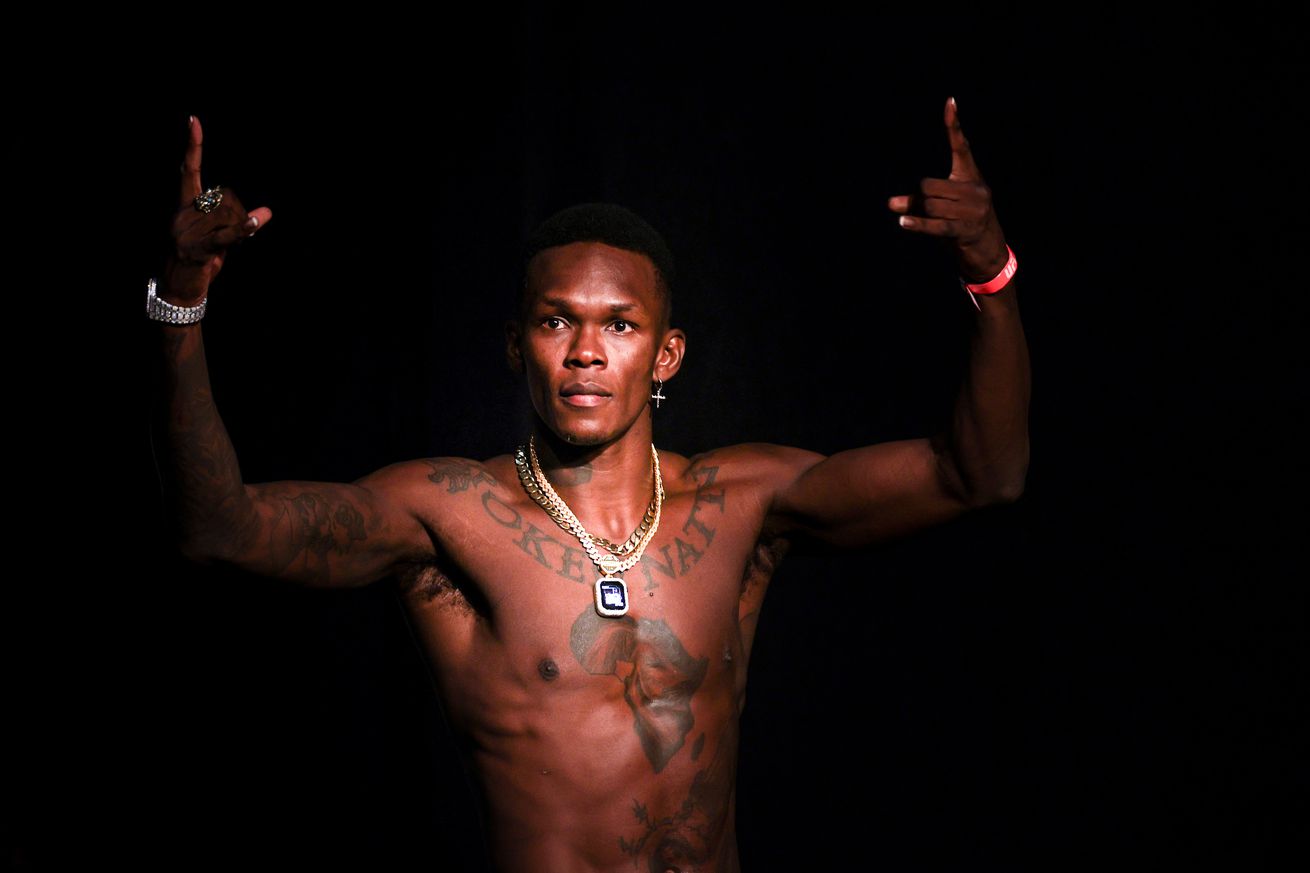 Get the Full StoryIsrael Adesanya at ceremonial weigh-ins for UFC 271. Photo by Carmen Mandato Getty Images

There were lowlights and highlights, but UFC 274 was an okay offering. Charles Oliveira reigned supreme, Rose Namajunas and Carla Esparza were involved in a five-round dud and Michael Chandler delivered a Knockout of the Year contender with a brutal front kick that slept the notoriously tough Tony Ferguson.

With that event over, let s look at what we have ahead of us on the upcoming schedule. The UFC either announced or finalized 19 fights this week, and the headliner and co-headliner for one of the year s biggest cards has been confirmed.

International Fight Week is known for concluding with one hell of a pay-per-view event, and this year is no different. UFC 276 goes down on July 2 at the T-Mobile Arena in Las Vegas, where two City Kickboxing champions are now expected to defend their championships. Israel Adesanya faces Jared Cannonier in the headliner, while Alexander Volkanovski shares the Octagon with Max Holloway for the third and potentially final time in the co-headliner.

Consecutive rematches against Marvin Vettori and Robert Whittaker kept Adesanya busy, but the reigning UFC middleweight champion wanted fresh meat from the division. The best option? None other than Cannonier, who has been clamoring for an opportunity opposite Adesanya for quite some time. The Killa Gorilla punched literally and figuratively his ticket to gold with a second-round technical knockout of Derek Brunson at UFC 271, the same event where The Last Stylebender earned another win over the aforementioned Whittaker. It was clear Adesanya vs. Cannonier would be next, and we finally get to see it.

The trilogy between Volkanovski and Holloway is also on its way. Originally scheduled for UFC 272 this past March, Volkanovski vs. Holloway 3 was delayed after Blessed suffered an injury in training that he would not recover from in time to fight. The Great went on to meet Chan Sung Jung a month later at UFC 273, where he defended the featherweight throne in a brutal beatdown of The Korean Zombie . Holloway eventually recovered from his injury and was again tapped to fight Volkanovski.

Douglas Lima vs. Jason Jackson welterweight Lima vs. Jackson was already finalized, but shifted from Bellator 281 to Bellator TBA

Yoel Romero vs. Melvin Manhoef light heavyweight Romero vs. Manhoef was already finalized, but shifted from Bellator 280 to Bellator Dublin