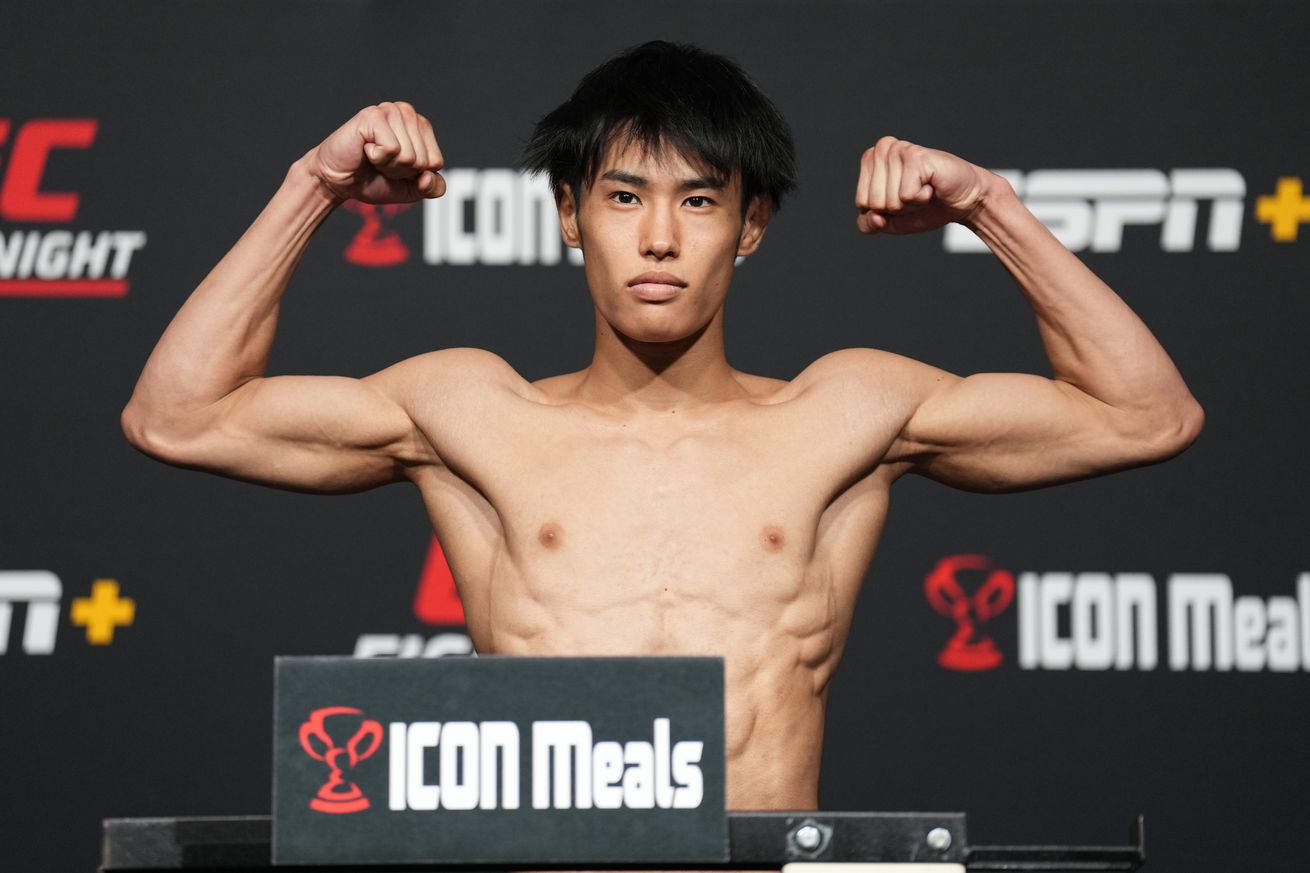 Taira joins the UFC on the strength of a 10-0 record. Eight of those fights three knockouts and five submissions have ended via stoppage. The 22-year-old won the Shooto flyweight title in July 2021 with a first-round submission win over Ryuya Fukuda. A month after that win, Taira said of his MMA career, I m not too bad, I m happy that I got the belt.

Before hitting the pro circuit in 2018, Taira packed nine amateur bouts into a 10-month span. He went 9-0 in those bouts. Taira turned pro in 2018 and he has kept up a pretty busy schedule since then. He fought three times in 2021. He signed with the UFC in February of this year and Saturday marks his first outing since his submission win over Alfredo Muaiad in November.

Taira is not a very aggressive fighter on the feet. His approach to striking is to fight all the way out and he relies on single kicks, mostly to the legs, when striking. That s not to say he s a bad or reluctant striker. In fact, he appears very comfortable on his feet, but his best offense comes on the ground.

Taira s grappling is very good. He is incredibly patient on the mat. He is selectively aggressive on the ground. Taira doesn t attempt to force positions or submissions, but when an opening is presented to him, he attacks with a great deal of speed and confidence. His mat skills and situational awareness are deceptive for a fighter that is so young in his MMA journey.

If there is a concern going into Taira s UFC debut, it is his stand up. His approach to striking, fighting at distance without a great deal of output, pressure or head strikes, could hurt him on the scorecards if Candelario can keep the fight on the feet. With that being said, Taira seems aware of how his fights are flowing and if there is too much time being spent on the feet, he can change things up and be aggressive in pursuing takedowns and getting the fight to the mat.

With his accomplishments and his age, Taira seems to be flying below the radar ahead of Saturday s UFC Vegas 54 fight card. Taira believes that will change following his bout opposite Candelario.

I m going to leave a big impact on the people who don t know me, Taira said. After that, they ll say, Who is Tatsuro Taira? and they ll Google it and check it. he told MMA Junkie. I would like to have that kind of fight on Saturday.

Taira is one of the biggest betting favorites heading into UFC Vegas 54.