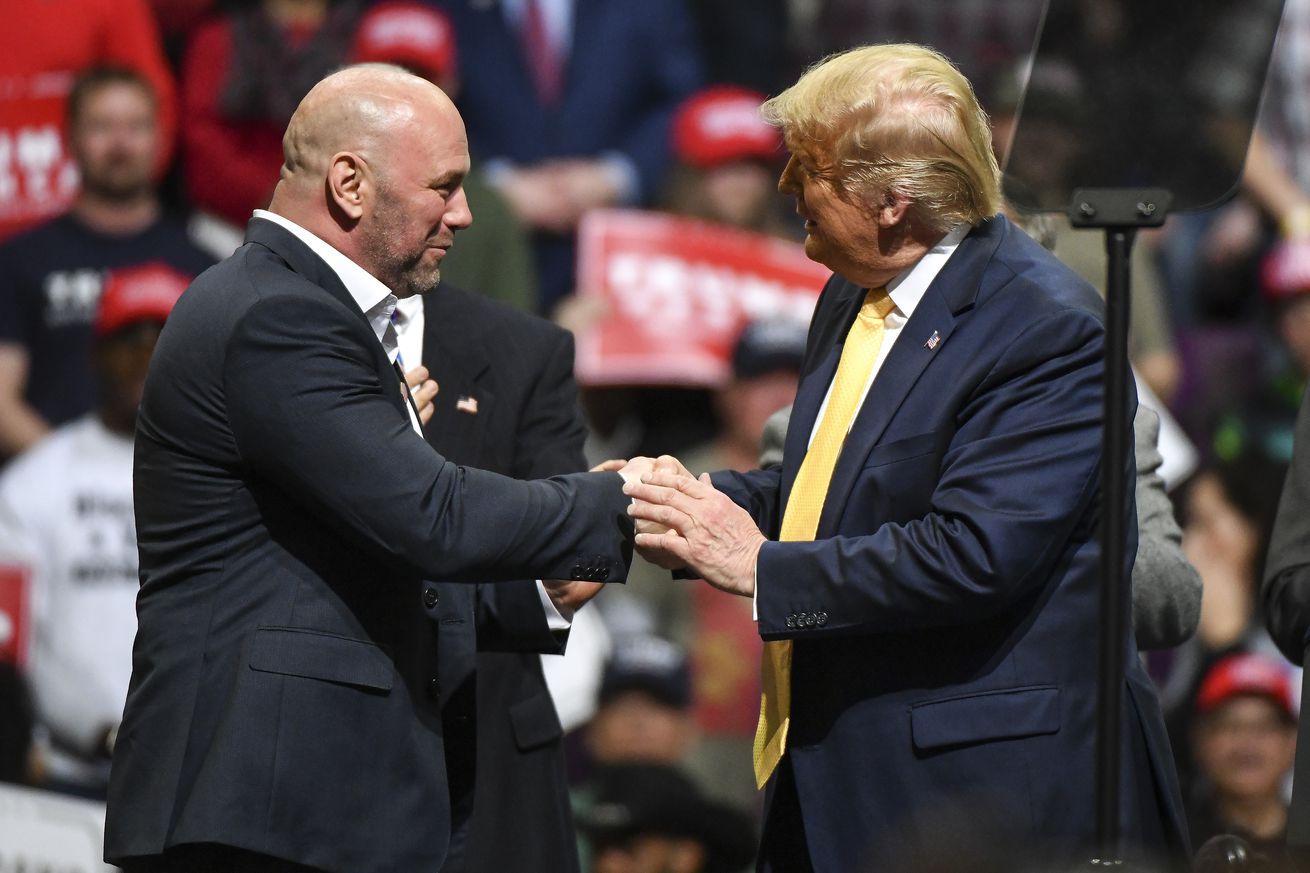 Everything this guy s done for me, I m gonna tell him no? That s not me, White said. Dana White s decision to endorse Donald Trump s presidential campaigns in 2016 and 2020 was due to the success of their prior business relationship.

Speaking on The Pivot Podcast last week, the UFC president appeared to suggest that he campaigned for Trump because of their longstanding relationship, which began when the businessman hosted UFC 31 and 32 at the Trump Taj Mahal.

This brand was so bad, venues didn t even want us. Arenas didn t want us, White told The Pivot Podcast. We had a hard time finding venues. Trump literally called us. He said Come to my place, do the event here. We ll have you at the Trump Taj Mahal. We get there, greatest set up for us. Showed up at the first fight and he was there until the last fight. Both times we went there.

At the time, the UFC was seen as illegitimate and had been relegated to small venues in Mississippi and Louisiana. Arizona senator John McCain reflected the feeling of many politicians in 1996 when he referred to MMA as human cockfighting, a comment that tarnished the UFC s reputation. At its nadir, mixed martial arts and by extension UFC was banned in 36 states and from pay-per-view a major source of revenue and the promotion was desperate to build new relationships at the turn of the millennium.

By late 2001, they began hosting events in Las Vegas, which would later become the promotion s home. While the UFC s business relationship with Trump had already come to an end, White remained loyal to the mogul turned president.

Everything that happened to me in my career from there on out, he d pick up the phone and congratulate me. Or send something, White said on The Pivot Podcast. He s always been a solid guy with me. So then he calls me and says he s running for President. He said If you don t wanna do this, I completely understand, but I would be honored if you would speak at the National Republican Convention for me. Everyone told me not to do it... Everything this guy s done for me, I m gonna tell him no? That s not me.

White spoke at both the 2016 and 2020 Republican National Convention, as well as at several rallies along the campaign trail. He has also been involved in some of the Trump administration s key political strategies, including the Opening Up American Again plan in the wake of the coronavirus pandemic and subsequent lockdowns, and helped produce a UFC propaganda documentary on Trump entitled Combatant-in-Chief.