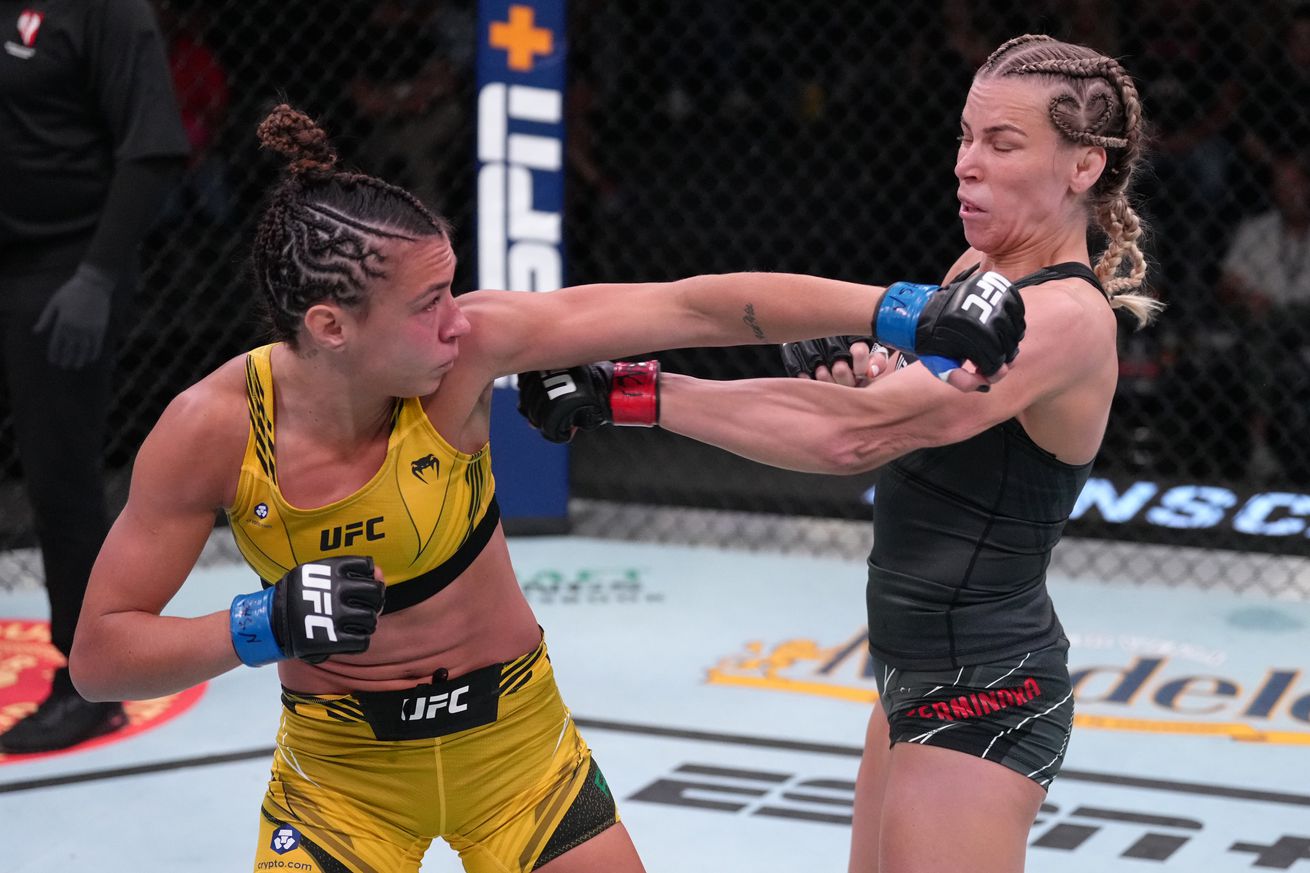 Amanda Ribas father says fighter suffered total rupture of the biceps tendon ahead of UFC Vegas 54 . Amanda Ribas lost her flyweight fight to Katlyn Chookagian on Saturday at UFC Vegas 54. However, considering what she went through to get to fight night and the questions she ahead of and during the 15-minute scrap, Ribas can take some solace in the fact that she was able to contribute toward the fight winning Fight of the Night bonus honors.

Ribas, who is the No. 9 ranked fighter in the official UFC strawweight rankings, moved up to 125 pounds to challenge the No. 1 ranked Chookagian at UFC Vegas 54. Ribas hoped that a win over the former title challenger would put her on the fast track to a bout opposite the winner of the upcoming UFC 275 contest between flyweight champion Valentina Shevchenko and No. 4 ranked challenger Taila Santos.

That plan didn t work out as Chookagian took home the split decision win. According to Ribas father, no one knew what to expect from Ribas once the octagon door was locked and action commenced on Saturday night.

A very stressful month, Marcelo wrote on Instagram. A golden opportunity to fight world number one. At 25 days, an injury total rupture of the biceps tendon comes in, then physical therapy 3 times a day to try to get her to fight. ... 25 days without training our strength which is jiu jitsu and judo. And we d arrive in Las Vegas not knowing if we d be able to handle grappling or wrestling on the ground.

With the loss, it is unclear if Ribas, who has a 2020 submission win over Paige VanZant at flyweight on her UFC flyweight record, will compete at 115 pounds or 125 going forward.