Cara Delevingne was really something at the Billboard Music Awards 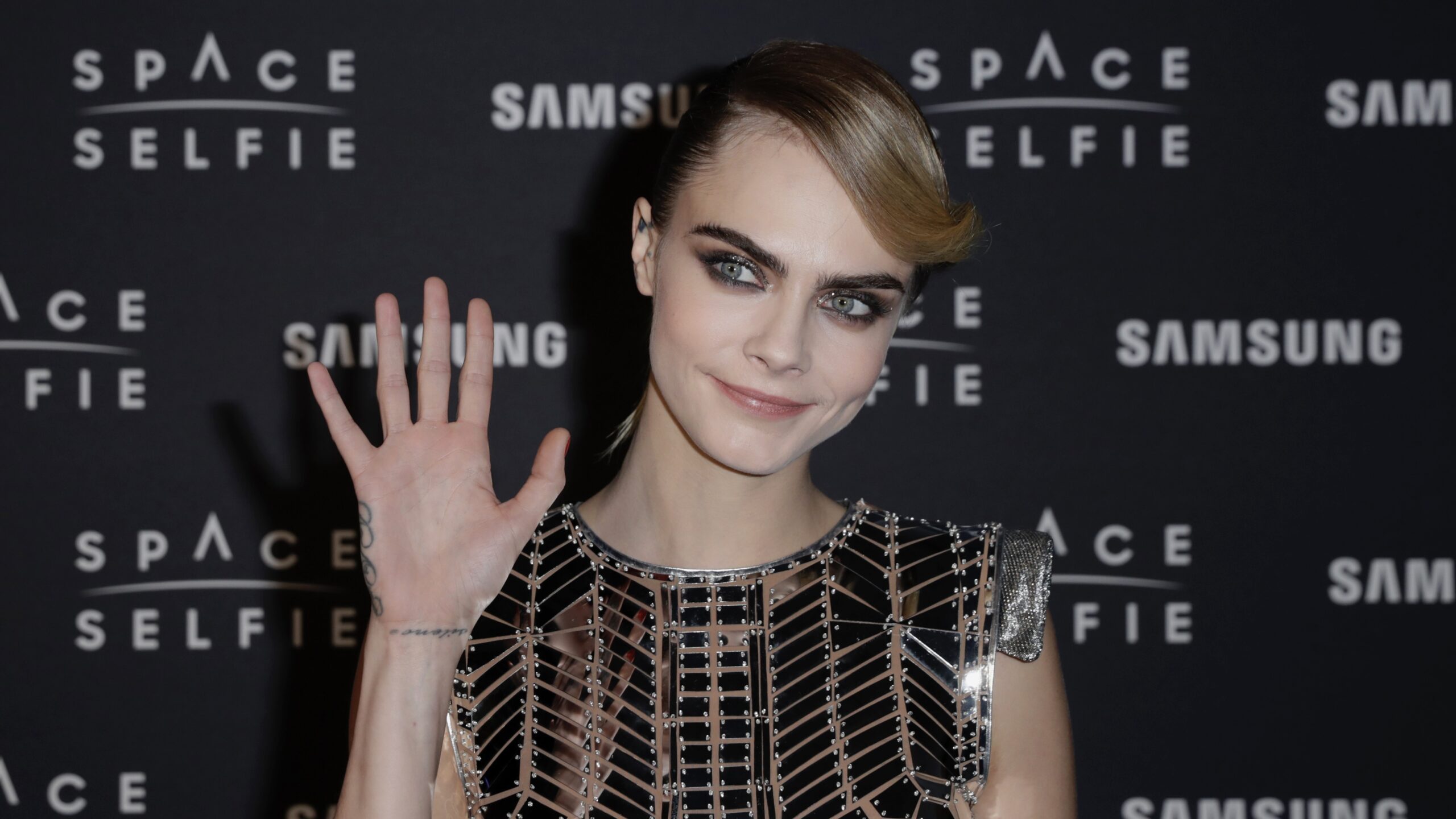 Get the Full StoryVideos have been circulating of Suicide Squad and Paper Towns star Cara Delevingne either being really fun or really annoying at the recent Billboard Music Awards. Whatever the case, she definitely got the attention she seemed to have wanted.

The star can be seen peeking around corners, playing with Megan Thee Stallion s dress, or generally being all over the place in photos that quickly went viral.

One of those moments involves the model and actress playing photographer herself by getting on the floor and shooting pictures of Fat Joe, Doja Cat, and DJ Khaled.

Earlier that night, she acted as a train fluffer for Megan Thee Stallion.

Not to be outdone style-wise, the star wore her own fashion-forward pair of black pants and half shirt with a pair of sunglasses and her hair in a bun.

Delevingne, like a hunter, stalks her next shenanigans victim before she pounces, as the following tweet demonstrates.

your chances of being watched by cara delevingne are slim but never zero pic.twitter.com rZzs7JQXr6 dance fever grammy campaign ungodlywests May 16, 2022

She also spent a lot of time chatting with fellow celebs, Machine Gun Kelly, Megan Fox, Diplo Becky G, Anitta. She went to say hi to Kylie Jenner and Travis Scott when they showed up with daughter Stormi Webster, according to E! News.

At the end of the night, she went to TAO Las Vegas and rubbed shoulders with the awards show s host Sean Diddy Combs and others.

The night of merriment for the actress is fairly on par for the course for Delevingne, who showed up at the Met Gala 2022 painted in gold, which she used to cover her body but not her psoriasis. Se left the patches on her arms visible to the camera, which endeared her to the general public in a real way.

Someone tweeted: Seeing Delevingne embrace her psoriasis at the met gala literally makes me so emotional. Bad bitches really do have psoriasis.

Seeing Caradelevingne embrace her psoriasis at the met gala literally makes me so emotional. Bad bitches really do have psoriasis. bandochando bandochando May 4, 2022

Delevingne will next appear in eco-thriller The Climb and the second season of Only Murders In The Building.