Usman: Khamzat and other contenders need to get past Covington before they fight me 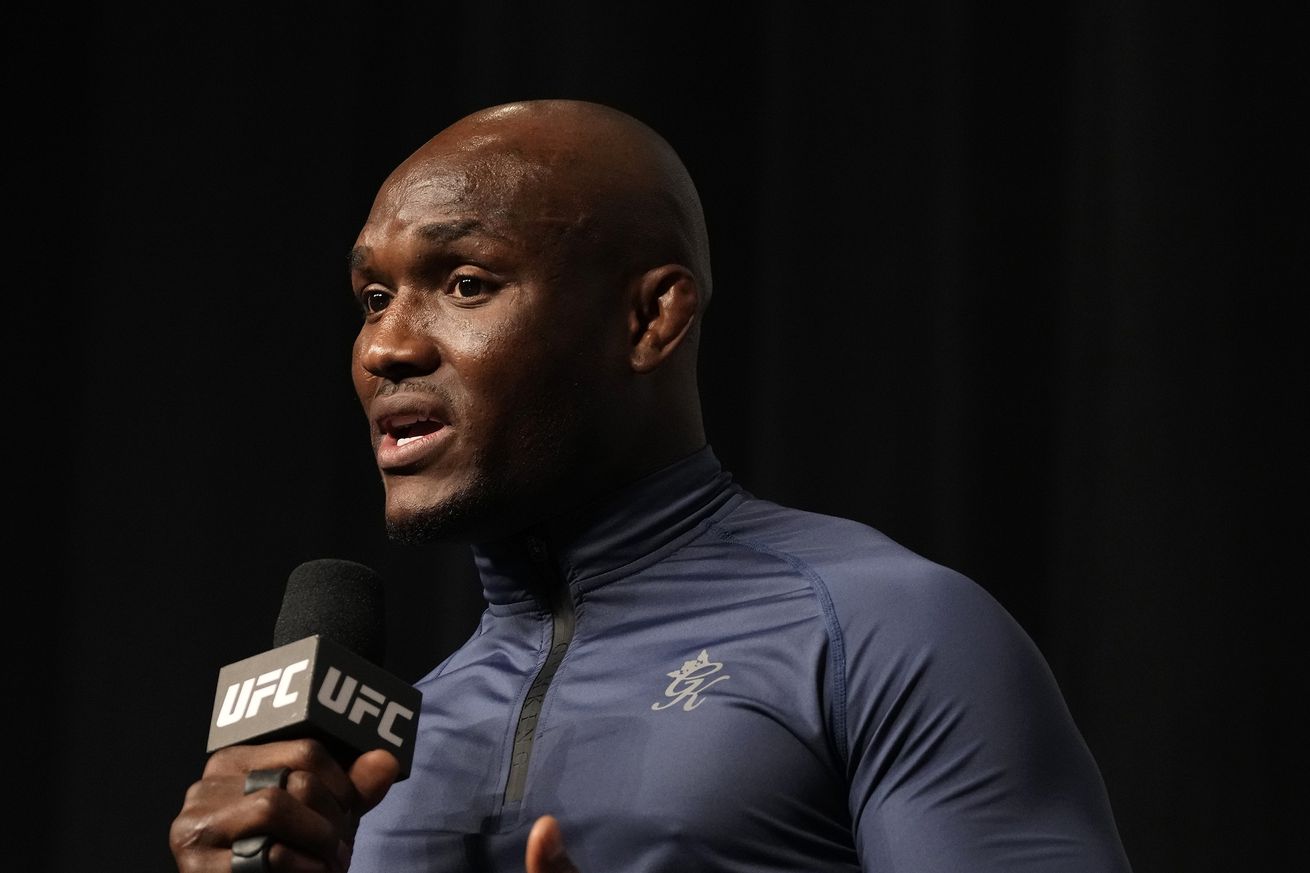 Get the Full StoryKamaru Usman speaks with fans at a Q&A session before the UFC 272 ceremonial weigh-ins at T-Mobile Arena in Las Vegas, Nevada. Photo by Mike Roach Zuffa LLC

The undisputed UFC welterweight champion says Khamzat Chimaev and other top contenders must first defeat Covington before they challenge him for the title.

Usman, who holds two title victories over Covington, made the comments during a recent interview with The Underground h t BJPenn.com .

If I m healthy and I get in there and am able to go in and go through a guy, Usman said. Leon Edwards is a tough, tough guy, I know that, the world knows that. If I m able to, God willing, I m able to get through him very, very quickly I might decide, you know what give me someone next week. So, you never know. It s relatively close, there are a lot of guys in the top division, you got Belal Muhammad is there, you ve got Chimaev is there, and you ve got Covington is still there holding that door strong.

At this point, you know, Covington is standing right in front of that door. For it to really make sense, for anyone to be able to get through they need to be able to go through him, he continued. He s proven that he can beat everybody else, but he just can t beat me. For you to prove that you can fight for the title I think you need to go through that guy. At the end of the day, I m going to keep running through these guys until I m bored. Whoever s next is next.

Usman didn t include Leon Edwards on that list, of course, because Rocky will get the next title shot.

Usman has virtually cleared out the welterweight division and has rightly earned his #1 spot in the UFC men s pound-for-pound rankings. He is expected to return to the Octagon after he fully recovers from hand surgery.