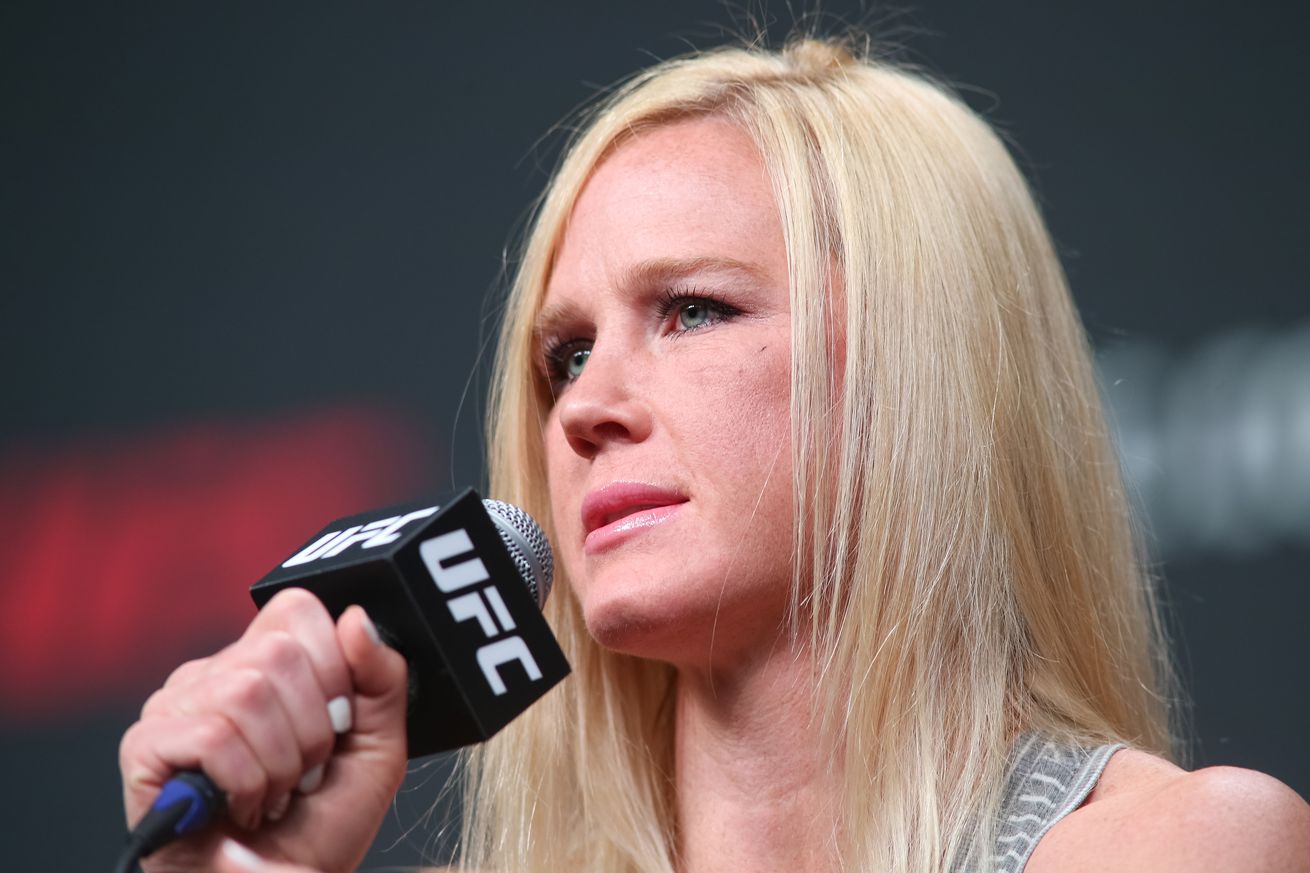 Get the Full StoryHolly Holm speaks with the media during the UFC Seasonal Press Conference at State Farm Arena on April 12, 2019 in Atlanta, Georgia. Photo by Carmen Mandato Zuffa LLC via Getty Images

Fighters like the main event stars Holly Holm and Ketlen Vieira will be in attendance, along with the best performers from the rest of the card, including Santiago Ponzinibbio, Michel Pereira, Chidi Njokuani, Dusko Todorovic and more. The press conference will announce the fight of the night and performance of the night bonuses and includes the new media Q&A with the fighters individually breaking down the bouts and finding out what the winners are aiming for when negotiating their next fight. We often get some great moments and quote gold from these pressers, so it s definitely worth tuning in. Please note that depending on what time the card ends, the press conference may start later than originally scheduled.