I know who the f k I am - Izzy doesn t know where UFC belt is, not concerned 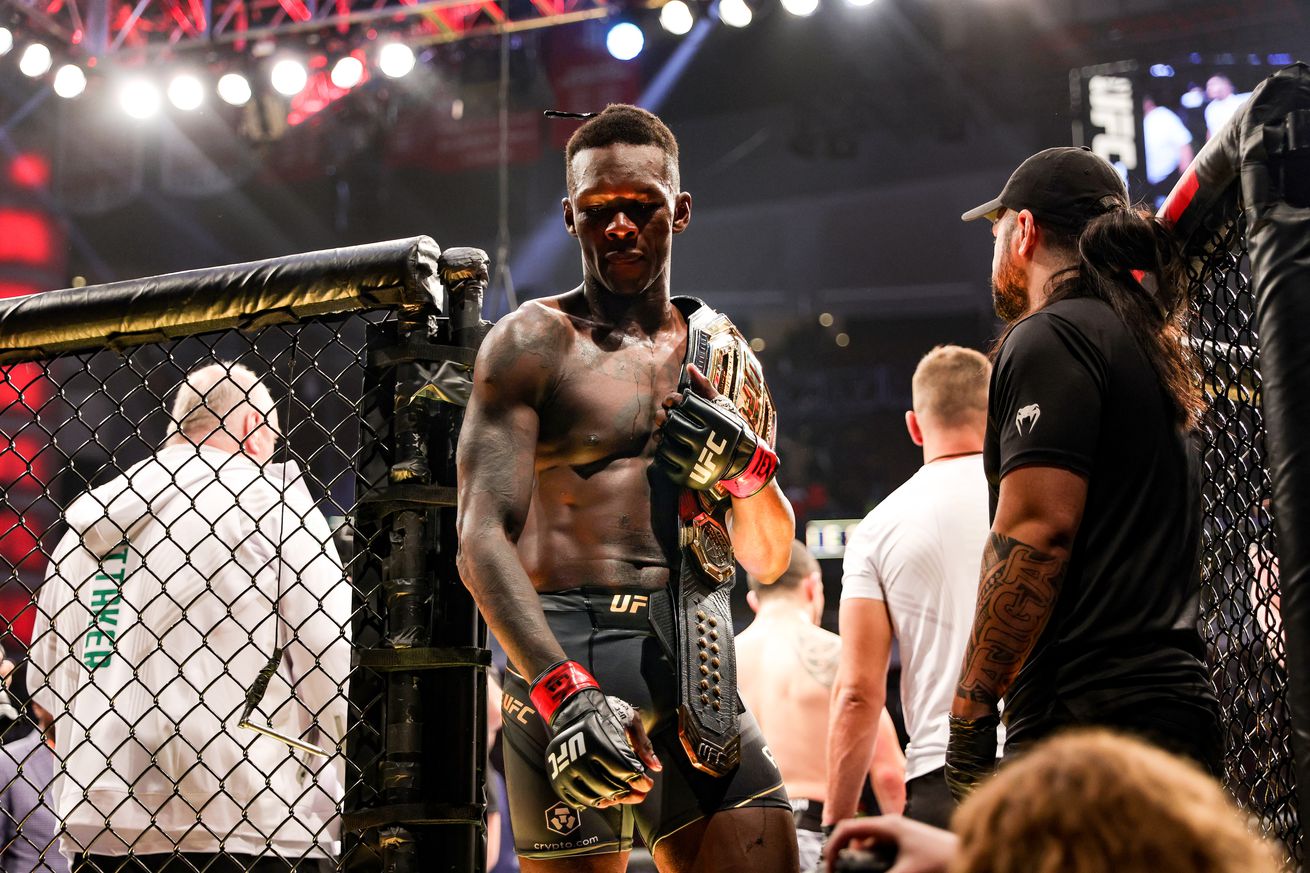 Get the Full StoryPhoto by Carmen Mandato Getty Images

The UFC middleweight champion isn t trying to degrade his championship hardware, it sounds like he s just not all that interested in letting it define him. Former UFC heavyweight champion Tim Sylvia was famously rumored to have worn his championship title belt everywhere he went during his year-long tenure atop the world s largest MMA promotion. But, it seems not everyone is so attached to the trappings of greatness.

Middleweight title holder Israel Adesanya is all set for the fifth defense of his crown at UFC s International Fight Week on July 2nd in Las Vegas, NV. There he ll face power-punching Texan Jared Cannonier in the main event of the UFC 276 PPV event. But, while he might be figuratively defending the belt this summer, it doesn t sound like the Last Stylebender is actually all that concerned about the real-world location the object itself.

In a recent interview with Combat TV, Adesanya talked about his upcoming fight with Cannonier. Along the way, the conversation turned to UFC gold.

The belt is quite heavy. I actually don t know where it is right now, Adesanya revealed transcript via Sportskeeda . I m not attached to that thing at all. I know who the f-ck I am, I ve been a champ before the belt. It s heavy. It doesn t need to be that heavy but I think they made it heavy for the emphasis. So you know you re holding something like, Woah, this is something of substance. It s a cool belt. I like it.

Although he may not claim to feel any special attachment to the belt, the City Kickboxing star was adamant that at least in his mind he s actually heading into his sixth title defense, not his fifth. Most particularly because he s still carrying the same piece of UFC hardware that he got when he won the interim middleweight title in a bout against Kelvin Gastelum back in 2019 before going on to unify the belt against Robert Whittaker later that same year.

It s the same belt. That s why I said to people that I m a five-time defending champion. F-ck what they said about four. This is just common sense... When the champ, who couldn t show up to work many times Whittaker who just pulled out recently as well, funny that I m the champ in the meantime. I beat him. That counts as a ruby on my belt. So my belt has five rubies. I don t give a f-ck what the media says or what the commission says, I m a five-time defending champion because I know who the f-ck I am.

Alongside the middleweight main event, UFC 276 is expected to feature a featherweight trilogy bout between champion Alexander Volkanovski and former division title holder Max Holloway. A middleweight fight between Sean Strickland and former Adesanya kickboxing foe Alex Pereira has also been scheduled for the card.