Video: Adesanya and Volkanovski got at it in training 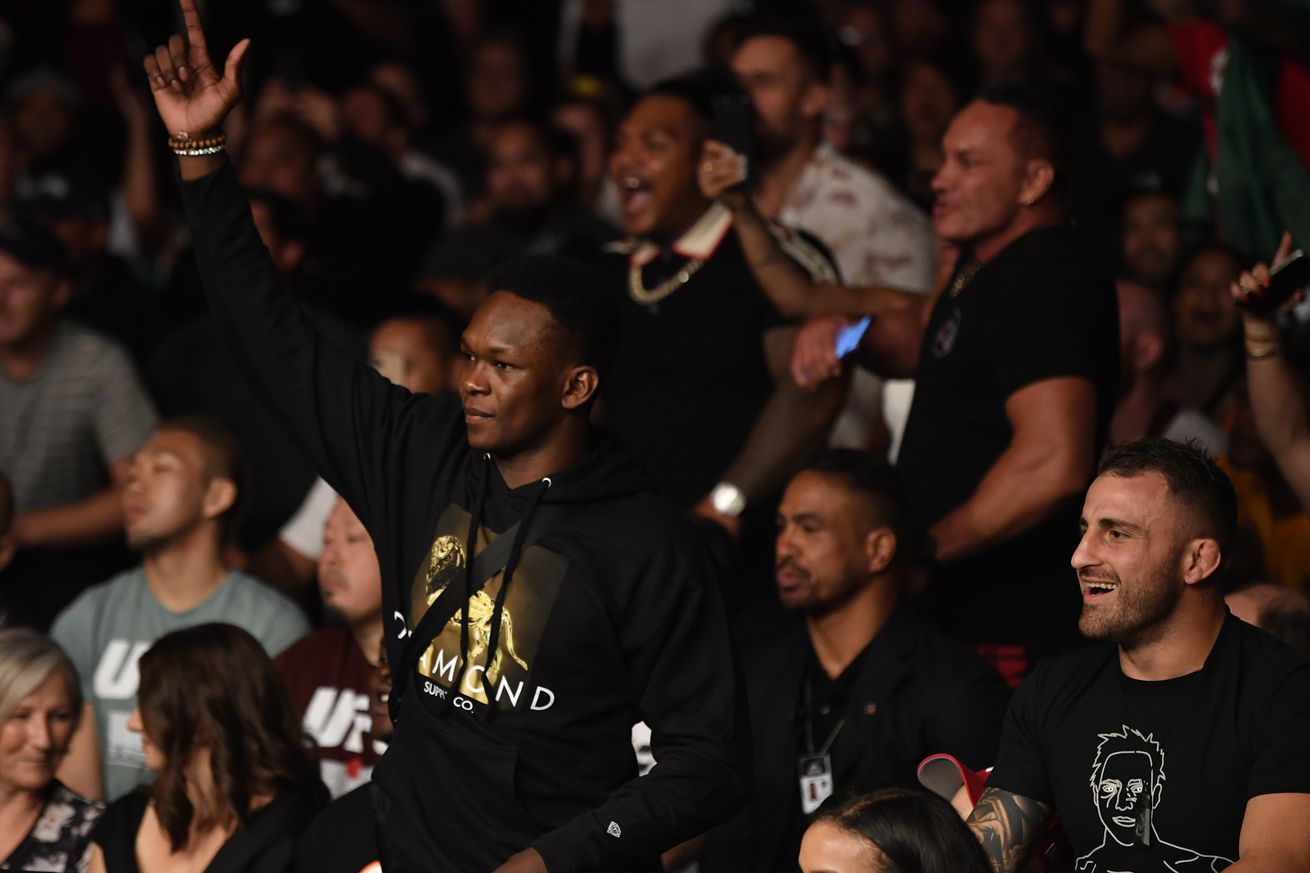 Champion took on champion inside City Kickboxing recently. In the last few years Auckland s City Kickboxing has flourished into one of the world s top combat sports gyms. The New Zealand outfit currently has two UFC champions under their roof in Israel Adesanya and Alexander Volkanovski. The gym might be on the verge of adding another one, too, with Kai Kara-France going for the interim flyweight title in his next bout.

The gym s two biggest stars, Adesanya and Volkanovski, are both hard at work in preparation for UFC 276. At that event, which goes down on July 2 in Las Vegas, both men will be defending their crowns.

Adesanya is set to face Jared Cannonier and Volkanovski is to meet Max Holloway for a third time .

With both men on the same timetable for a return, it shouldn t be too surprising that they are in the gym together. However, to see them sparring certainly appears unusual. See for yourself, below:

Middleweight champion Adesanya towers over the featherweight king Volkanovski. However, that doesn t mean he is able to have it all his own way. Volkanovski shows he s perfectly comfortable sparring a bigger man. A big reason for this is probably because Volkanovski once fought at middleweight as an amateur .

The 5 6 Aussie found his groove at featherweight in 2014 and was signed by the UFC two years later. In the Octagon he s been perfect, battering his way to the 145 lb title in 2019.

Adesanya, who signed for the UFC in 2018, has also tested himself at a different weight. The middleweight champ is undefeated at 185 lbs. The only loss in his career was during his attempt to take the UFC light heavyweight title from Jan Blachowicz.

Since winning the title from Robert Whittaker in 2019, Adesanya has defended versus Yoel Romero, Paulo Costa, Marvin Vettori and most recently Whittaker.