Report: Cruz vs. Vera in works for August main event 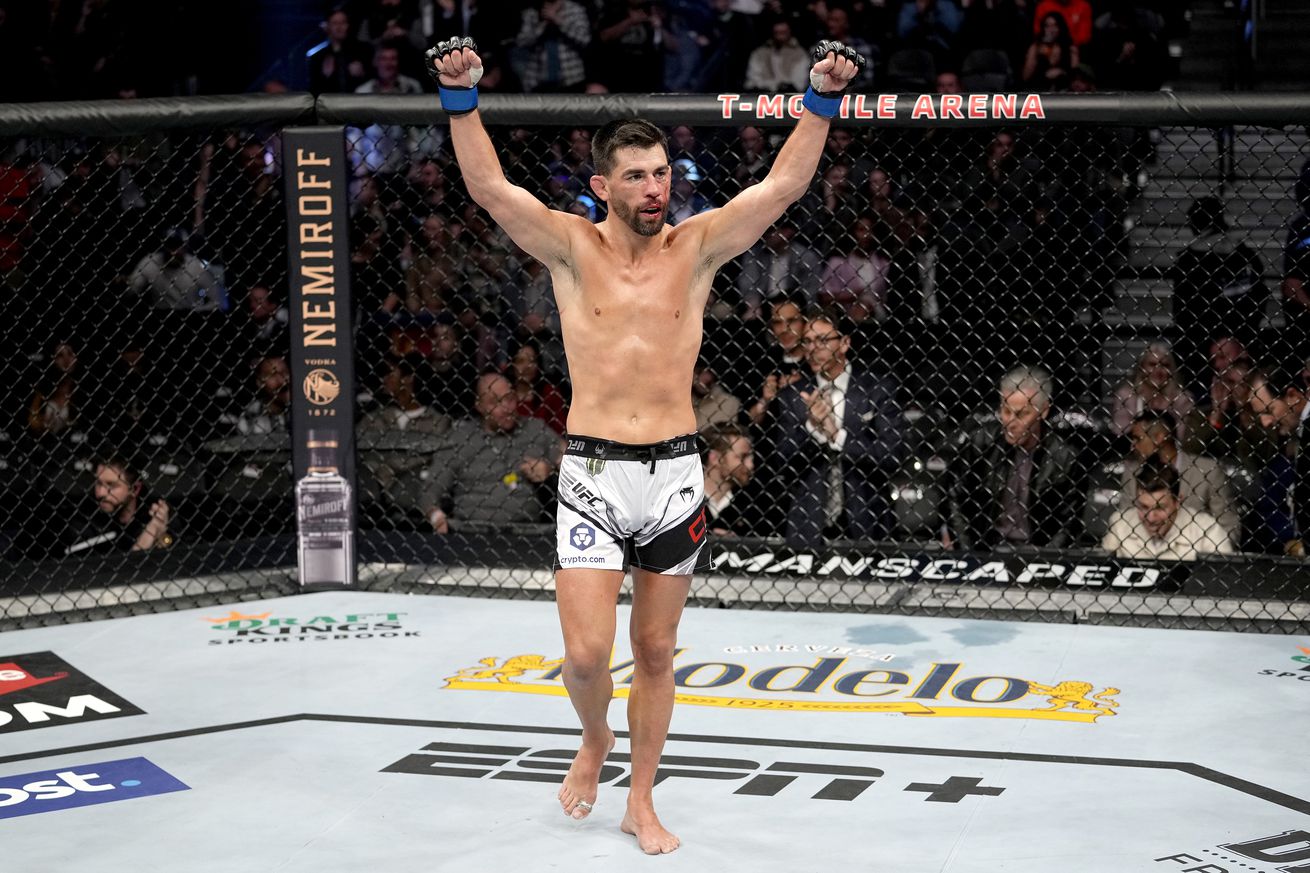 Get the Full StoryDominick Cruz celebrates at the end of his fight against Pedro Munhoz at UFC 269. Photo by Jeff Bottari Zuffa LLC

It looks like a top-tier bantamweight scrap is on its way to the Octagon late this summer. The UFC s 2022 Fight Night cards haven t exactly had the most curbside appeal. A promotion built on the reputation that every event would offer a stacked billing from top to bottom has looked a lot more like the sort of boxing cards Dana White so often derided in the past especially during an increasingly content-driven ESPN era.

At the very least, however, it appears that fight fans will be getting a top-quality main event come this August, when former bantamweight champion Dominick Cruz steps into the cage against top-ranked action-fighter Chito Vera. That s according to a report from ESPN Deportes, which says that both parties have verbally agreed to the matchup.

Vera 19-7-1 will enter the bout on the back of a 3-fight win streak, most recently snagging a five-round decision over New England Cartel standout Rob Font on April 30th in Las Vegas, NV. That fight followed on the heels of a highlight KO victory over Frankie Edgar on the PPV portion of the UFC 268 fight card in November of last year. Vera started 2021 by avenging a 2016 defeat to Dangerous Davey Grant, having ended 2020 with a decision loss to former featherweight champ Jose Aldo.

Vera s success has seen him grab the #5 spot in the official UFC rankings. An important distinction for Cruz 24-3 , who currently sits ranked 8th, and has made it clear on several occasions that he would only fight opponents ranked higher up the division than him. Cruz suffered the first TKO KO loss of his career in 2020 at the hands of now-retired mostly former double-champ Henry Cejudo. He s bounced back from that defeat, however, with a pair of wins in 2021 defeating Casey Kenney and Pedro Munhoz by decision.

Cruz vs. Vera is currently being targeted to headline the UFC s August 13th Fight Night event. Alongside the probable bantamweight main event a women s flyweight fight between Vivi Araujo and Alexa Grasso has been scheduled for the card, as well as a women s bantamweight bout between Sara McMann and Aspen Ladd. Stay tuned to Bloody Elbow for more news and updates as the event approaches.