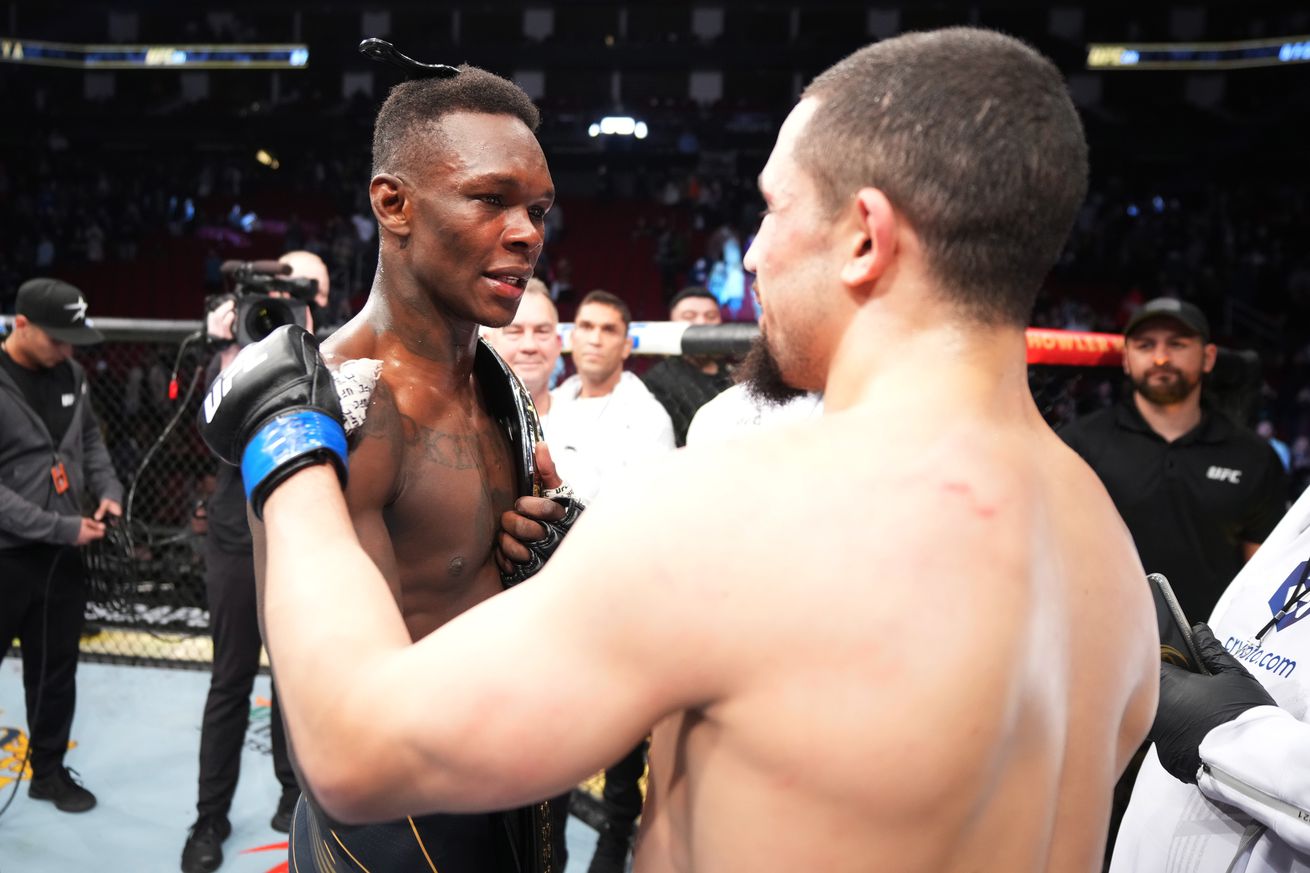 Adesanya is 2-0 over Whittaker, with their most recent outing at UFC 271 going to a decision. Before that, The Last Stylebender knocked out Bobby Knuckles at UFC 243 to win the middleweight title.

Adesanya admits Whittaker is a great fighter but is ready to close the book on their rivalry and welcome some fresh competition to the game.

That s why the reigning middleweight champion is excited about defending his title against someone he s never fought before in Jared Cannonier at UFC 276.

He s a great fighter, Adesanya said of Whittaker at a UFC press conference in Australia earlier this week h t MMA Fighting . I ll give it to him, he s a great fighter, but I know how that book ends. I ve read that book twice already. First time was a quick read, second time was a little bit longer. He s probably going to be at the top for a little while longer, but if we fight again, I know how that book ends. That s why I m excited about this next fight, some new blood, someone I ve never fought before.

If he wants, he should go up to 205, see what that s about. Maybe try that for a little bit. But yeah, I ve read that book already, and I don t like reading the same book over and over again.

Adesanya can t wait to fight Cannonier but believes The Killa Gorilla will be one of his easiest opponents to date.

I don t believe Cannonier is my toughest opponent , Adesanya said. That s my first inkling, but it doesn t mean I underestimate him. Everyone is a tough challenger. He s a guy that packs a lot. ... He still carries that strength around, so I can t overlook him, but I don t think he ll be the toughest challenge. I honestly think I ll make this easy. I really believe I will make this look easy.