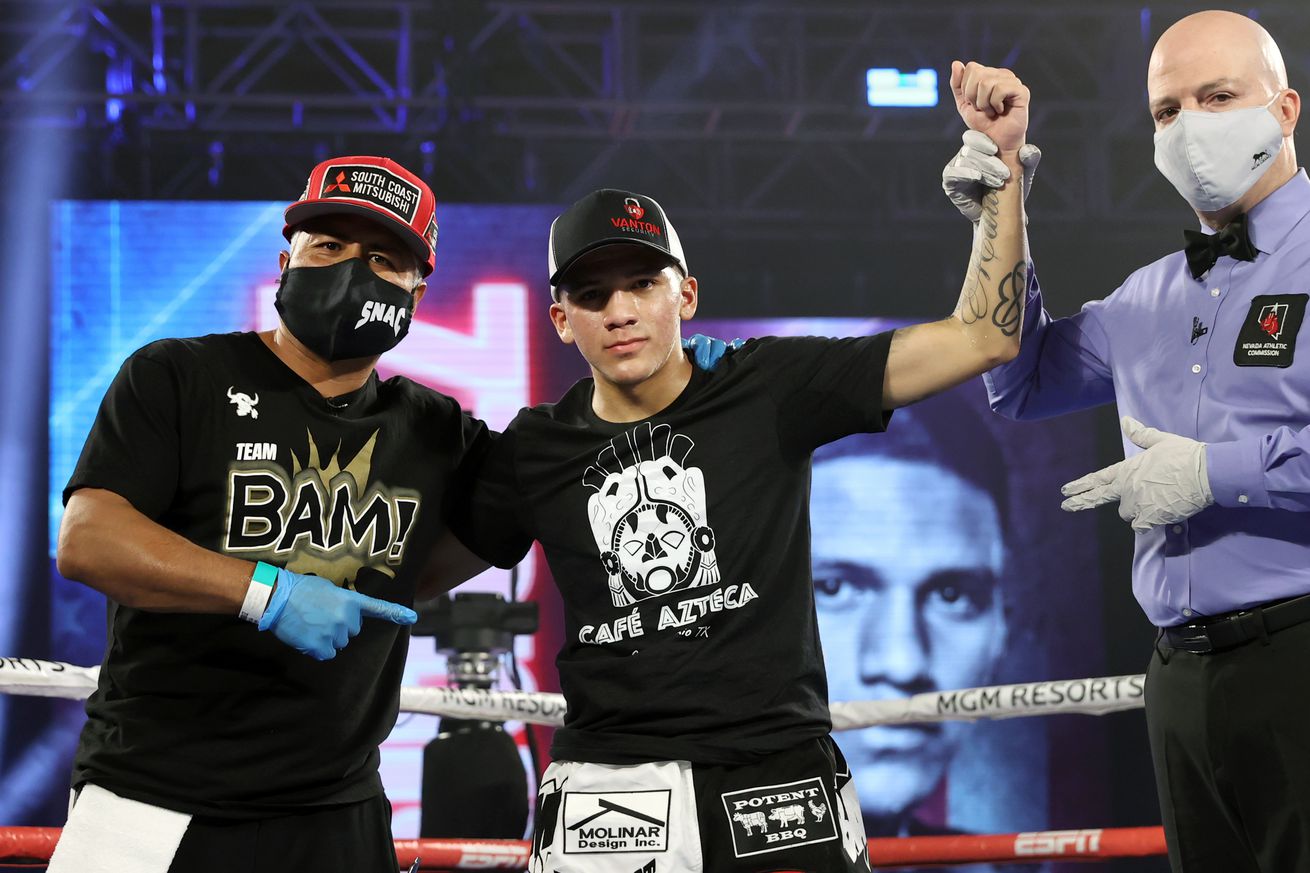 If you like the lighter weight classes, this is the boxing card for you. Boxing fans in San Antonio will be treated to not one, not two, but three world title fights on Saturday night at the newly opened Tech Port Arena.

There was supposed to be a fourth title fight between WBC flyweight title defense rematch for Julio Cesar Martinez against McWilliams Arroyo, but Martinez withdrew due to illness for about the thousandth time over the last two years. Considering his failure to make the super flyweight limit just a few months ago against Chocolatito Gonzalez, you have to wonder how many of these illnesses are code for bad weight cuts. Whatever the case, the good news is that this card is strong enough to withstand such a cancellation.

Texas Rodriguez is one of boxing s rising stars. At just 22 years old he fights like someone who is mature beyond his years, and when given the late call-up to take on Carlos Cuadras in place of Sor Rungvisai, who d withdrawn during fight week he put in a dazzling offensive display, scoring a knockdown and winning the vacant WBC title on just five days notice. What s important to note here is that Rodriguez normally competes at 108 lbs and he went up to 115 lbs and scored the biggest win of his career. Now he gets to face Thailand s Sor Rungvisai, who is best known for his two wins over Chocolatito and his decision over Juan Francisco Estrada. Sor Rungvisai fought just once in 2021, easily dispatching Kwanthai Sithmorseng in a stay-busy fight. He s not competed at a high-level since his rematch loss to Estrada, but if he s anything like he was a few years ago then this should be an outstanding contest. If Rodriguez wins this then he ll really establish himself as a big-time threat among the lighter weight divisions.

Uzbekistan s Akhmadaliev is one of those prolific amateurs who didn t need a lot of developing on the pro scene. The 2016 Olympic bronze medalist debuted as a pro in 2018 and in under two years he became a world champion. MJ just about outpointed Danny Roman to win the WBA and IBF 122 lbs titles in early 2020, then defended those belts at home against Ryosuke Iwasa, but had a tougher time than expected versus Jose Velasquez last November. Rios was a national champion Golden Gloves boxer as an amateur and has been a professional since 2008. The 32-year-old s previous title opportunity ended in a loss to then WBC champ Rey Vargas. A KO loss to Azat Hovhannisyan really set him back, but he s since won four in a row including over Diego De La Hoya and Oscar Negrete to become the WBA s mandatory challenger.

Jessica McCaskill was one of Matchroom Boxing s first signings, and in her first fight under the promotion she defeated Erica Farias to win the WBC super lightweight title. She would later defend that belt and the WBA belt she took from Anah Ester S nchez in a rematch against Farias, before stepping up to welterweight to take on the seemingly unbeatable Cecilia Braekhus. Turns out she was beatable, and her 11-year reign as a welterweight champion ended in 2020. The rematch was a little more clear-cut and McCaskill took that one too. In her last fight she easily dispatched late replacement Kandi Wyatt by seventh-round TKO. Ibarra fights out of Mexico and she s won three straight since her only career loss against Raquel Miller, including a decision over the aforementioned Wyatt. One of her better wins was actually up at middleweight when she upset Maricela Cornejo by eight-round decision.

Rodriguez, Akhmadaliev, and McCaskill are all heavy favorites. I believe all of them will win, but only Akhmadaliev will get a finish. Of the underdogs I see Sor Rungvisai as having by far the best chance to win given his track record.

Rodriguez vs. Sor Rungvisai begins at 8 PM ET 5 PM PT on DAZN. We re gonna be tied up on UFC coverage on Saturday so go to Bad Left Hook for comprehensive coverage of the boxing card.