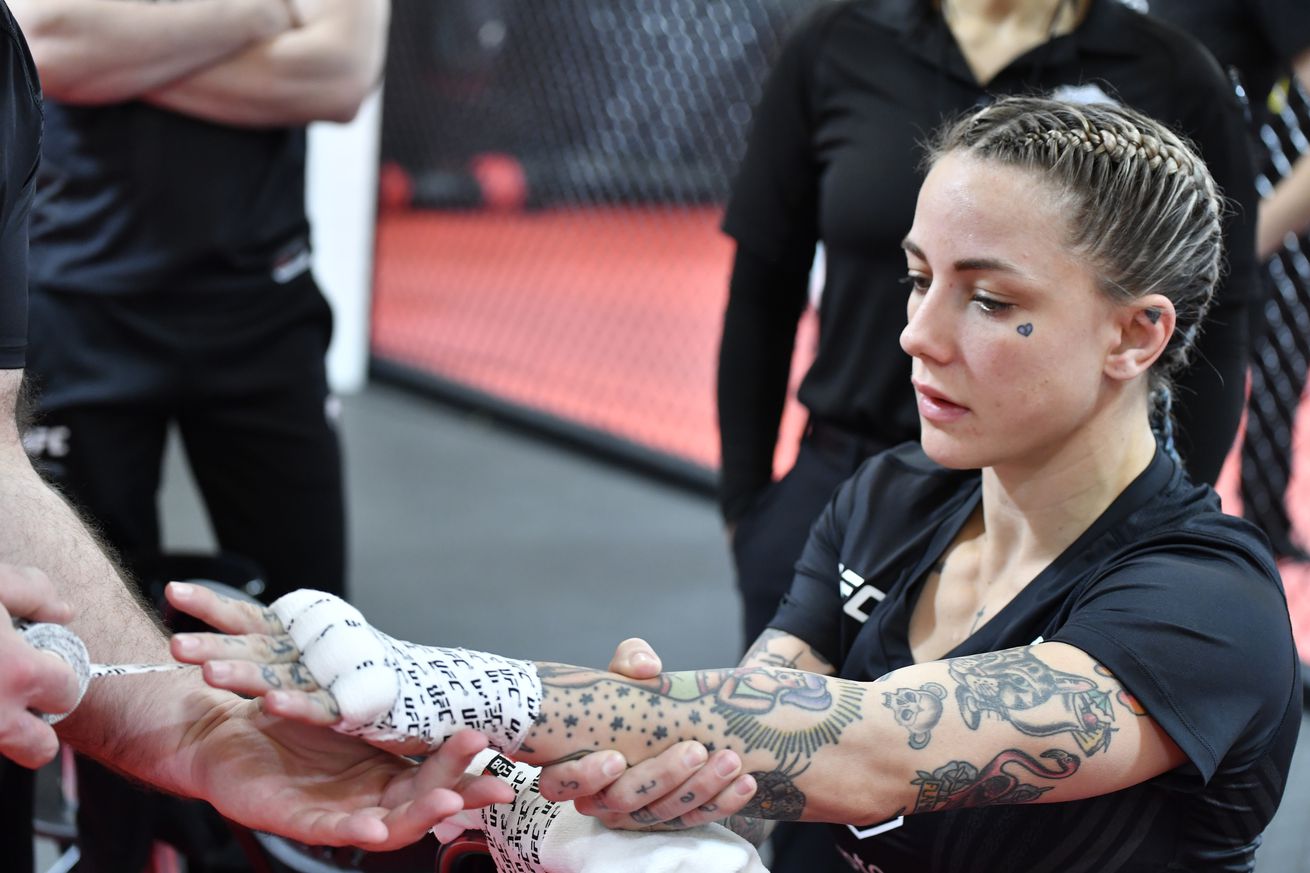 Jessica-Rose Clark has added to her prep team ahead of UFC 276 Jessica-Rose Clark was on a two-fight winning streak when she stepped into the Octagon to face Stephanie Egger at UFC Vegas 48. A favorite in the bantamweight contest, Clark was on the cusp of putting together her first three-fight winning streak under the UFC banner. Less than four minutes into the contest, Egger had her first submission win with the UFC.

After the loss, the first stoppage setback of her UFC career, Clark said, Obviously, I f-cked up on Saturday night. I m super gutted. There s something that s going on, like a bit of performance anxiety that I have experienced in the last couple of fights. I m fortunate that in the fights leading up to this win it worked out.

Clark returns to the octagon on Saturday where she faces Julija Stoliarenko in the opening fight of the UFC 276 card.

The Australian scrapper spoke about the loss and the anxiety that caused her brain to shut off and her body to go into autopilot on a recent episode of The MMA Hour. As she alluded to in her statement after the loss to Egger, that fight was not the first time Clark experienced feelings of anxiety on fight night. However, with her winning the previous fights, it was easy to put those feelings behind her and move on without looking back.

After the loss to Egger, Clark added more jiu-jitsu to her training regime. Another thing Clark did was to add a third therapist to her mental health team.

I have a regular psychologist, I have a sports therapist and I ve started working with a woman now who does this brain-spotting technique, which is supposed to target your fight, flight or freeze reaction.

Each one does something different. I realized I have five or six different coaches for the physical aspect. No one therapist is going to be able to do every part of the mental game. So I tried to seek out people who had specific areas that they worked on.

Besides adding people to her training team, Clark did what she could to revisit the uncomfortable feelings of her most recent fight while preparing for UFC 276.

This whole camp I really tried to recreate that as much as I could. Put the pressure on myself. Try to bring up those fight nerves, bring up the anxiety, bring up the feel of the fear of losing in front of people. Try to bring up all that negativity that can come up in the moment and give myself the opportunity to practice that and practice working through it and still be able to perform.

On Saturday, Clark and her growing team will find out if the work she put in both mentally and physically will pay off.